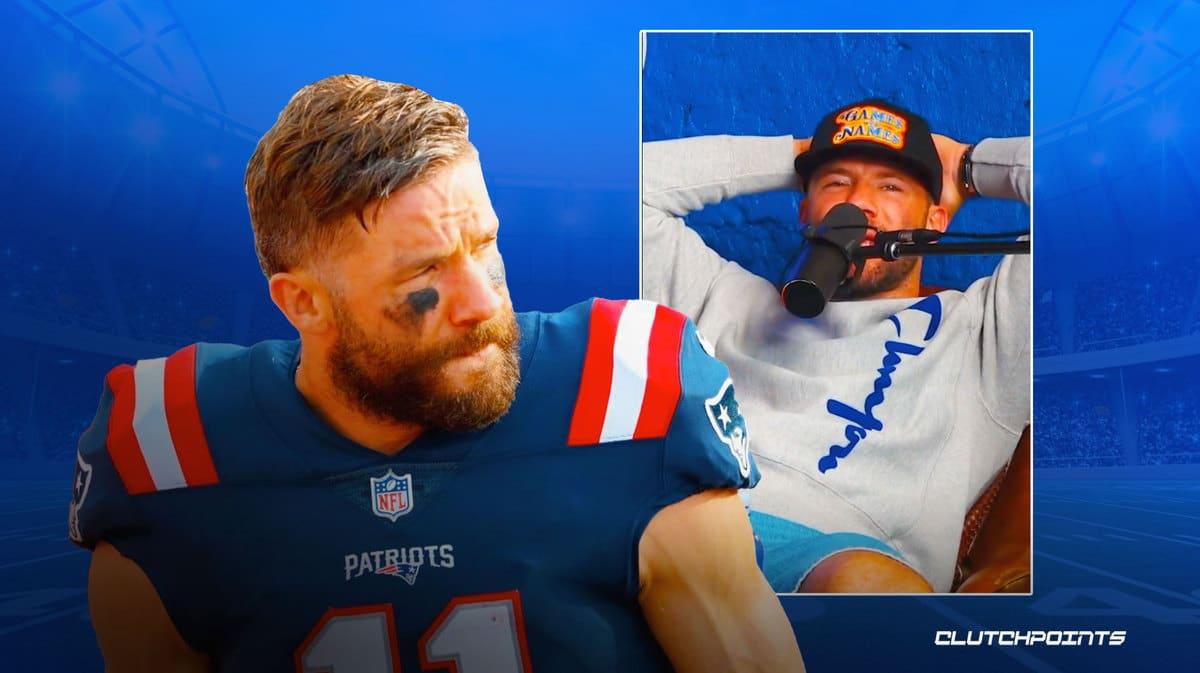 Former New England Patriots wide receiver Julius Edelman is taking his talents to the world of podcasting. While it’s a completely different field than the literal field that used to be his office, Edelman is definitely confident that he would just be fine. If he could pull off nerve-wracking plays at the grandest stage of football with hundreds of millions of people watching around the globe, he certainly can handle the job of a podcaster.

Edelman is partnering with comedian Sam Morril to host the Games with Names podcast, which will be an audio series focused on discussing the most memorable moments and games in sports history. Sounds interesting. The showrunner of the podcast, Kyler Schelling, who also directed the 2019 Showtime documentary 100%: Julian Edelman offered a bit more background to this latest venture by the former NFL wideout, via Deadline’s Peter White:

“We set out to create a show that celebrates the most iconic games in sports history and the people that played in them, something that breathes new life into these classic moments we all remember, but don’t often talk about. Hopefully “Games with Names” can bring a little nostalgia to our older listeners and show our younger listeners why the greats are great.”

Remember that “helluva story”? That’s only the tip of the iceberg. This is, @GamesWithNames@sammorrilpic.twitter.com/mvkj30jviH

Julian Edelman played for 11 seasons in the NFL, spending all of it with the Patriots from 2009 to 2020. Over that span, he won three Super Bowls as part of the Tom Brady-led Patriots passing attack and even earned MVP honors in Super Bowl LIII against the Los Angeles Rams.