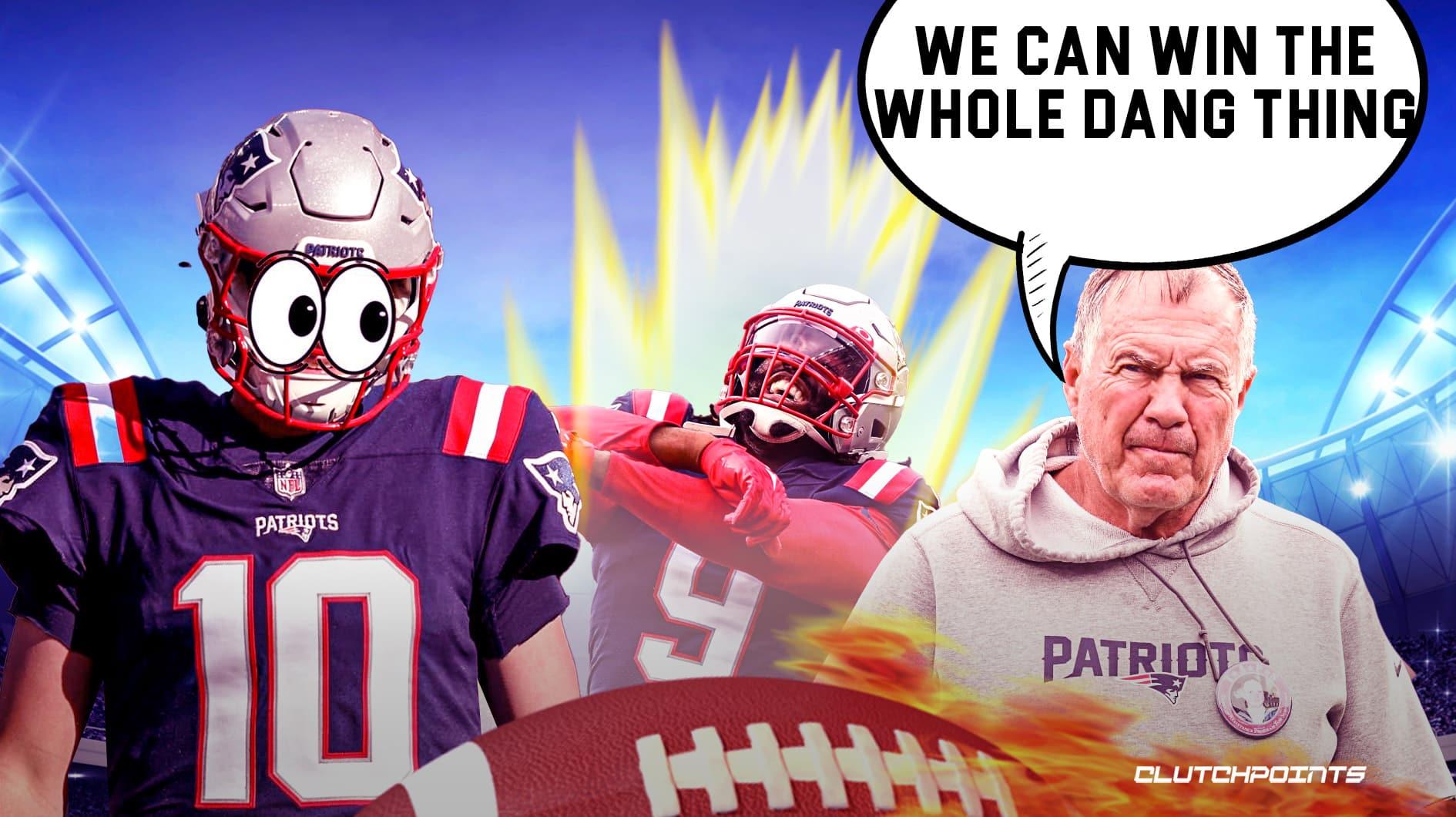 FOXBOROUGH — The New England Patriots earned a thrilling 10-3 win over the New York Jets on Sunday in a Week 11 game that could be described as one of the worst displays of offense in NFL history. The Patriots won in the final seconds on a last-second punt return for a touchdown by Marcus Jones, so there were zero offensive touchdowns scored. Here are four overreactions from the Patriots’ Week 11 win over their division rival.

With Sunday’s win, the Patriots improved to 6-4 on the season, putting them just one game back of the Miami Dolphins and Buffalo Bills for the lead in the AFC East. While the Jets are also 6-4, the Patriots hold the tiebreaker over them following Sunday’s win.

Long story short, the division is in play for the Patriots with seven games left in the season, which seems unthinkable considering where they were just a few weeks ago following a loss to the Chicago Bears.

New England certainly has the talent defensively to win ball games, as we’ve seen in recent weeks. Their defense looked even more dominant on Sunday. They gave up just three points and 103 yards to the Jets, sacking Zach Wilson four times and allowing New York’s running backs to run for just 33 yards on 19 carries.

Matthew Judon, of course, had a big game (more on that shortly), but several members of the Patriots’ defense stepped up. Defensive end Deatrich Wise Jr. had a handful of pressures and a sack. Cornerback Jonathan Jones remained strong in coverage again, breaking up a pass late in the fourth quarter. Linebacker Ja’Whaun Bentley was everywhere in the run game, recording eight solo tackles (nine combined). So was safety Kyle Dugger, who had seven combined tackles (four solo) with a sack and two tackles for loss.

The Patriots’ defense has several playmakers who give them a chance to win week in and week out. And while they won’t face the Zach Wilsons and the Sam Ehlingers of the world moving forward, their defense is good enough to give them a shot to win games against the Dolphins and Bills, which could ultimately determine the division.

2. Matthew Judon is the Defensive Player of the Year

Judon had two sacks on Sunday, both coming on third downs in the second half to keep the Jets’ offense at bay. But his presence has allowed others to shine, too. Players like Wise and Bentley are having career seasons either playing opposite of Judon on the pass rush (Wise) or at off-ball linebacker (Bentley).

But Judon is still making plays despite all the attention he gets. He leads the league in sacks with 13 and made plays in the run game as well on Sunday. He had a couple of run stuffs early on that set the tone for a dominant all-around performance for the Patriots’ defense and had a couple more pressures.

Maybe the best moment outside of Marcus Jones’ game-winning punt return touchdown came when Judon recorded his second sack of the game. Following the sack, nearly all of the Patriots’ defensive players on the field for that play followed his lead and did his celebration with him just as they’ve followed his lead and stepped up their play this season.

3. There’s nothing to worry about with Mac Jones

The Patriots’ second-year quarterback actually looked kind of good Sunday, completing 23-of-27 passes for 246 yards. While he had no touchdowns, he didn’t commit a turnover in the second straight game. Progress.

Jones showed progress in his decision-making yesterday, too. He never put the ball in harm’s way, which is good, especially considering that he was sacked six times on quick rushes.

But the big thing was that Jones was accurate and created positive plays for the Patriots. Sure, he didn’t air it out, as he only had one pass travel for longer than 20 yards in the air down the field. However, he completed 16-of-19 passes that traveled in the air between the line of scrimmage and 20 yards down the field.

But here, they do a great job simulating toss (which Mosley picked up on last time they played) and sneak Hunter Henry underneath for a big gain pic.twitter.com/VIcaeI8FeW

Sunday’s game looked a lot like the way Jones played as a rookie, and that isn’t a bad thing, especially considering the defense he went up against. Now, the Patriots have to keep those kinds of play calls in mind as they enter the home stretch of the season.

There is some reason to be worried that might not happen, though.

4. But there is a lot to worry about with the offensive line and Matt Patricia

Even though Jones arguably had his best game of the season on Sunday, the Patriots still only got three points from their offense.

There are two things to blame for that. In terms of players, the obvious one is the offensive. The Patriots’ offensive line gave up six sacks on Sunday, with many of them coming on quick pass rushes. Four of those six sacks came when the Patriots had the ball in Jets territory, a big reason why they had to kick three field goals instead of scoring touchdowns.

But the offensive isn’t all to blame. New England’s offensive play calling was strange for much of Sunday’s game. Patricia seemed to still mix in too many zone runs that had very little success as opposed to gap scheme runs, which allowed Damien Harris to rush for 65 yards on eight carries. The most egregious zone run came late in the third quarter on a fourth-and-3 when the Patriots decided to have Rhamondre Stevenson run a zone to the left, which resulted in a stuff and a turnover on downs.

The Patriots have had clear success with running gap scheme runs more than zone scheme runs for much of the season. They’ve also run the ball better when running behind right guard Michael Onwenu. In a situation where you need three runs to gain a first down or you turn the ball over, doing the opposite on both fronts is certainly confusing, if not frustrating.