For one, Kiermaier was super mad, saying the plunking was “intentional,” per ESPN:

“Oh yeah, it was intentional,” Kiermaier said of Borucki, who hit him with his first pitch in the eighth during the Rays’ 7-1 victory, which clinched a postseason berth.

“Pretty much almost went behind me,” Kiermaier said. “I thought it was a weak move, to be quite honest. It’s over. It didn’t hurt by any means, so I don’t care. Whatever. We move on. We got a series win, and I hope we play those guys, I really do.”

Burucki and Montoyo both claimed it wasn’t intentional, but that seems a bit hard to believe given the circumstances. 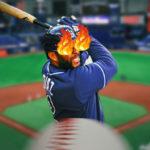 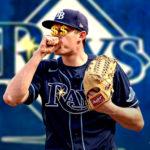 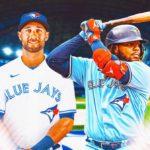 The Blue Jays were initially upset after Kiermaier took one of their scouting cards back to the dugout after it fell out of catcher’s Alejandro Kirk’s wristband on a play at the plate on Monday. Kiermaier initially thought it was his own card and gave it to the Rays’ field coordinator, though he says he then realized it wasn’t his and didn’t look at it. However, the Rays didn’t give the card back, which irked Toronto.

And then just when it seemed like the two teams had moved past this drama, the fireworks erupted again on Thursday. After this, Kiermaier would love to see the Blue Jays in the playoffs. Tampa is set to win the AL East, but Toronto is in a tight race for an AL Wild Card spot. This would be a fun playoff matchup given these rising tensions.