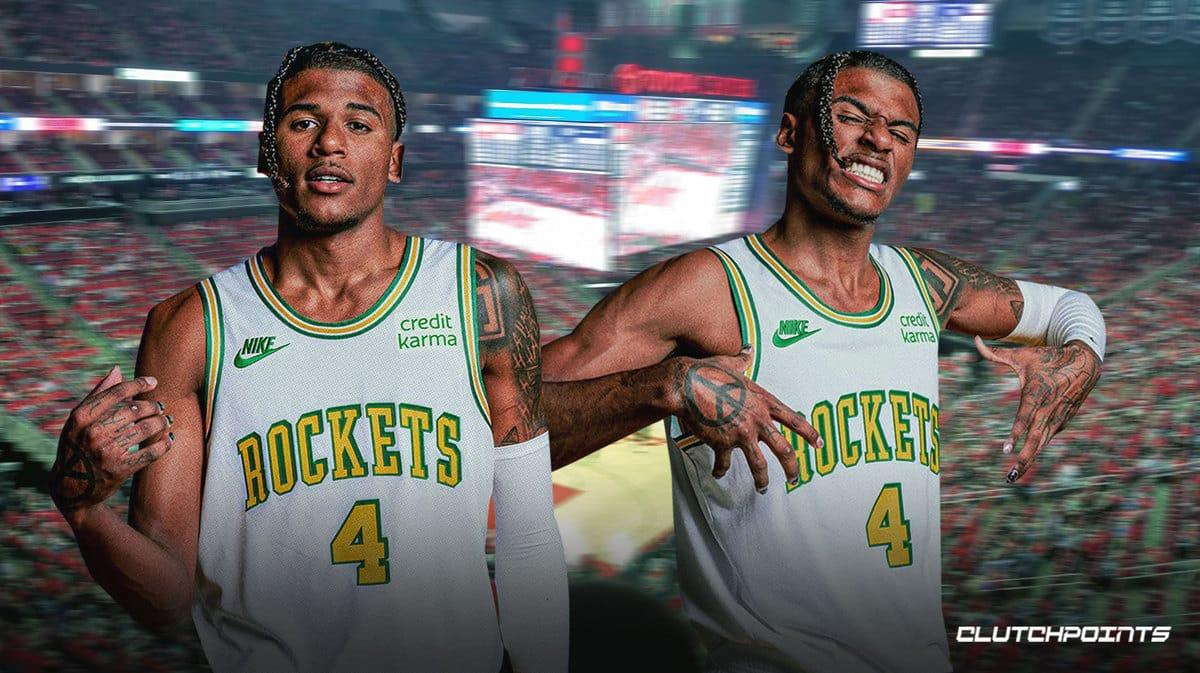 The Houston Rockets will be throwing it back this season with a very unique jersey.

The team announced on Wednesday they will wear threads dedicated to the beginning of the franchise, which began in San Diego in 1967 before relocating to Houston in 1971:

Greatness in every thread. pic.twitter.com/H9tpzrqwgP

Our Hardwood Classic uniforms represent the beginning of a journey to greatness.

As you can see, this new Rockets jersey is completely different from their usual red and/or white. The colors were more green and white during the days in California. But, it’s a clean look, as advertised by Jalen Green.

The Rockets have a very promising core intact and although they’re not about to contend in the next year or two, the future looks bright. Green and Alperen Sengun showed out in their rookie seasons, Kevin Porter Jr is flourishing, and they now have Jabari Smith Jr, the third overall pick in the 2022 NBA Draft. He’s a smooth-shooting forward who should definitely make Houston better from the get-go.

The Rockets wore the green and gold for four years before leaving San Diego for Texas. There was some great players on that team in the late ’60s, including Pat Riley, Elvin Hayes, and Rudy Tomjanovich. But, they never managed to finish with a record over .500.

Houston isn’t the only team in the NBA throwing it back to their city edition jerseys. The Brooklyn Nets and San Antonio Spurs have done so, too. Training camp is just over a month away for the Rockets and they ultimately begin the regular season on October 19th against Trae Young and the Atlanta Hawks.