The game on Sunday between the Houston Rockets and Minnesota Timberwolves turned out as expected, as it became a hotly-contested matchup between two playoff-bound teams in the Western Conference. During the fourth quarter of action, a heated moment even happened, with Gerald Green and Gorgui Dieng getting involved in it.

After Chris Paul swiped the ball from Dieng, the 28-year-old Senegalese international shoved him, which caused the Rockets point guard to fall to the floor. He tried to stand up immediately to confront the center, but Paul was not able to do so anymore as Green showed that he has his teammate’s back by pushing Dieng into the crowd seated near the sidelines.

The referees and other players on the floor had to separate them quickly to avoid the situation from escalating further, which they successfully did as cooler heads prevailed.

Gerald Green did have CP3's back here, but if he doesn't go overboard by pushing Dieng into the stands, Rockets get free throws and momentum back. pic.twitter.com/D3d3RvOrph 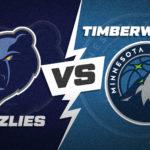 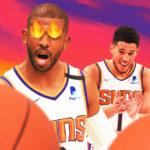 Both players received technical fouls for their participation in the skirmish, but Green was ejected and sat out the final 10 minutes of the game. That fired up his teammates to play even better though, as they extended their hot streak with another victory on the night, 129-120.

The Rockets were led by James Harden, who once again had a solid outing with 34 points, four rebounds, and 12 assists, while Paul flirted with a triple-double, finishing with 18 points, eight rebounds, and nine assists. Depending on the final seedings in the West, there is a chance that both teams could meet again in the playoffs, which will now be even more intriguing to watch, given the heated moment they figured in on Sunday.