The second-ever NBA Awards bring forward some of the best players, coaches, and plays, recognizing the best of the best throughout a long 82-game NBA season. TNT televised this awards ceremony in conjunction with the NBA, giving the players the opportunity to celebrate these accomplishments in front of their peers. 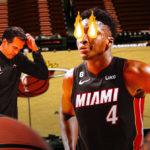 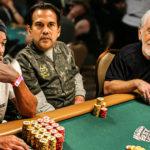 RUMOR: Heat viewed as likely to make a trade ahead of deadline amid underwhelming start 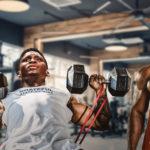 Oladipo took the turn he was once expected to take with Russell Westbrook in Oklahoma City last season, except this time, he was able to become the face of this franchise, averaging a solid 23.1 points, 5.2 rebounds, 4.3 assists, and 2.4 steals per game through 75 appearances (the most since his rookie year).

The 6-foot-4 shooting guard managed to make this front office look spectacular, managing to best OKC’s win mark throughout the 2017-18 season, despite aligning the likes of Russell Westbrook, former star Paul George, and Carmelo Anthony in one starting lineup.