Get Your Groove on with the New Space Groove Skins! 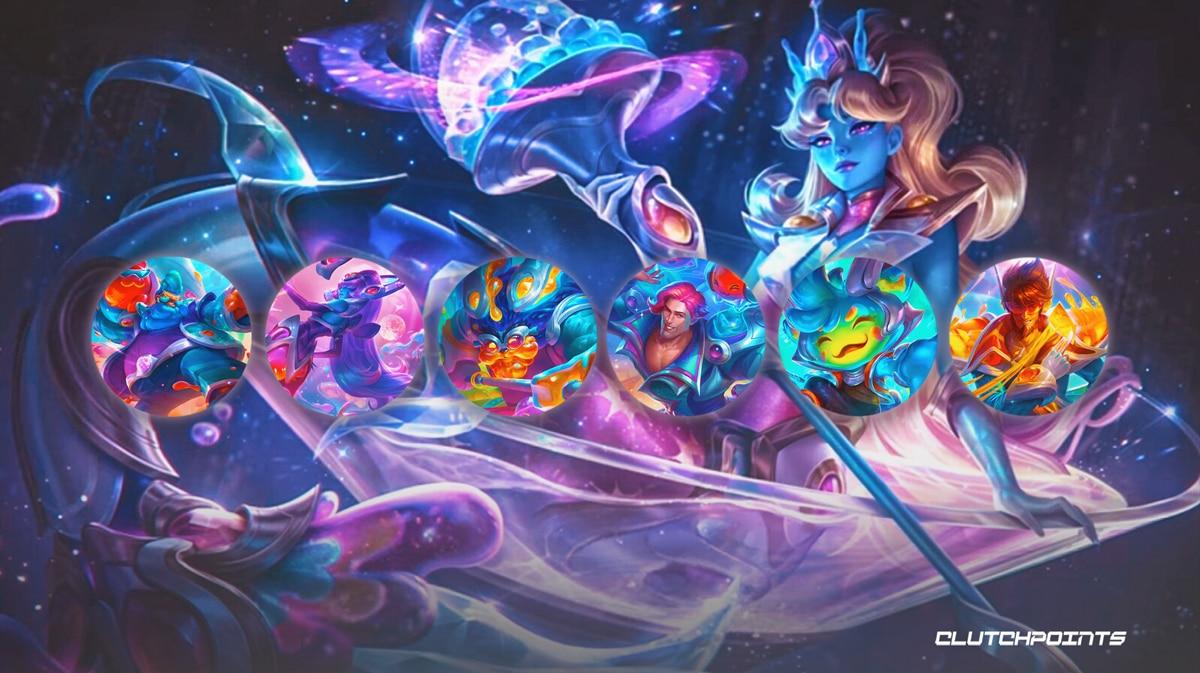 Gragas, Lissandra, Nami (plus Prestige), Ornn, Taric, Teemo, and Twisted Fate are all added into the Space Groove skin universe with these new skins!

“The King of Cool, Gragas is one guy who knows how to party. Bringing the funk with him everywhere he goes, even the denizens of Boogiewonderland acknowledge his prowess for groovin’. If Gragas rolls up to the disco, you know you’re in for a wild night.” 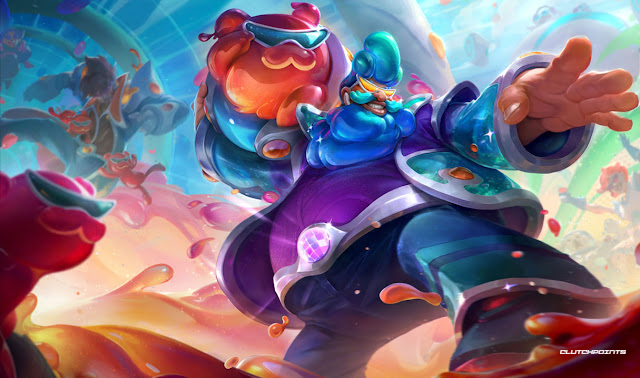 Space Groove Gragas deserves his “King of Cool” title, as he now dons a brightly colored outfit, and his hair and beard now have the texture of jelly. Not only that, but he’s also wearing matching cool shades with his barrel, which seems to be… sentient.

In-game, his abilities play a lot around the neon blue and orange palette of the skinline. A lot of his abilities have an added groovy tune playing in the background. However, as Gragas is a champion whose abilities are usually pressed one after another, the loud extra SFX might get annoying quick.

“Brutal alien leader of the Harsh Vibes, Lissandra subjugates planets rich in The Groove for her own nefarious purposes– banning disco and steeping the entire galaxy in Muzak. She and her army of roller-skating derby goons will stop at nothing to eliminate disco forever. But for her latest scheme to work, she’s going to need an invite to the disco to end all discos: The Jam.” 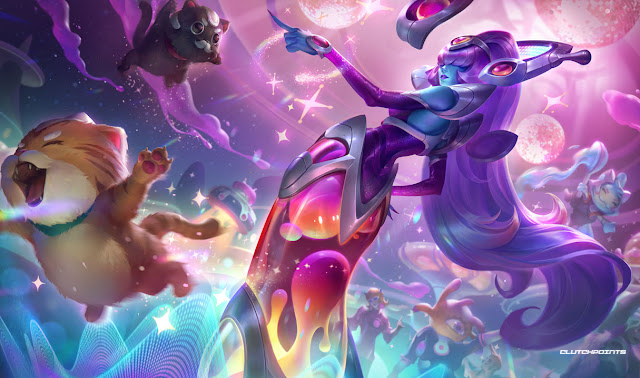 Space Groove Lissandra looks like a lava lamp. Surely, this was the inspiration for her lower half. For her upper half, however, the most distinct feature is her purple hair and futuristic head adornments. In her splash art, she seems to be inside… a cat disco? With aliens on the dance floor.

The effects of Space Groove Lissandra’s abilities are primarily orange and pink. As expected, all of her abilities are accompanied with a disco-appropriate tune. One unique thing of note in this skin is the ultimate – when cast on an enemy they turn into a gramophone, and when cast on herself, she Lissandra turns into a trophy-shaped object with a disco ball above her.

“Fashioning herself as the Siren of the Cosmic Hot Tub, Nami’s songs have crowds from across the galaxy flocking to catch one of her sets. So when the organizers of The Jam asked her to perform her songs at the most stellar of interstellar discos, her enthusiastic “Yes!” was a no-brainer.” 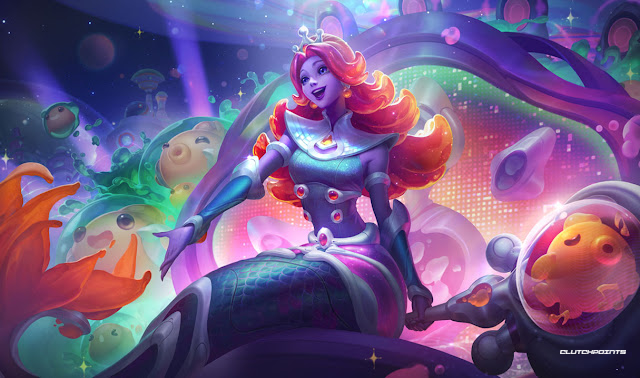 Space Groove Nami is shown mid-song, sitting on top of a clam shaped shiny object alongside fish who seem to be singing along inside their own little bubbles. Nami has a crown atop her jelly-textured hair, and she herself has purple skin.

In-game, her translucent tail is much more visible. She utilizes the cute fishes present in her splash art for all of the abilities – embedded in a bubble in Q, leaping around in W, and orbits around the buffed character with E. When she ults, she sends an entire school of these fish while playing a groove as it travels. 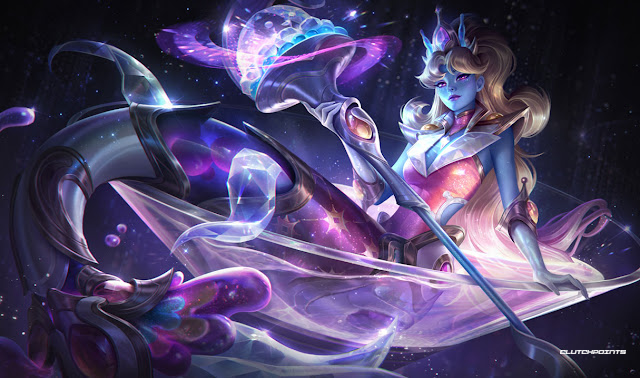 The Prestige version of Space Groove Nami exudes a more refined aura. She has ditched the bright contrasting colors for a pink and purple dominated appearance. Her staff, reminiscent of a jellyfish, is also shown in full glory. She also received more human-like hair, instead of the jelly hair that the base skin has.

There honestly isn’t a lot of differences apart from the color scheme used. One subtle thing that is improved in this Prestige skin is the fact that the VFX now appear to be more prismatic which adds to the luxurious feel of the skin.

“The drop before the bass, the creator of the primordial instruments, a literal God of Groove, Ornn has been instrumental in spreading The Groove through the Galaxy. But he’s not a fan of the celebrity status it’s earned him, hermiting himself away on a planet of whirling pools of goo to focus on his work. If Ornn is coming to party, it better be legendary.” 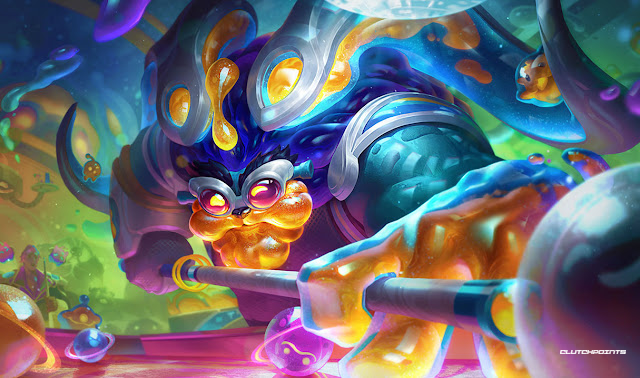 Space Groove Ornn honestly looks the weirdest out of the bunch. He’s playing pool with his weird human-like hands, and he has the appearance of a Jell-O mishmash. His horns are oddly pointy, and his facial hair looks like a peeled tangerine.

His in-game model appears as primarily silver and blue, a color palette that his abilities share. He erects a weird pylon when he casts Q, and goofy star particles are shown when proc-ing his Brittle passive. The ram called from his ultimate ability looks like a supersized Ornn, sharing the same distinct silver and blue that he has.

“Taric always found himself wanting more out of life and dreamed of discovering what was beyond his mundane world. His wish was granted when Teemo arrived on his planet and swept him off on an adventure. He’s now found a place for himself as Ornn’s apprentice as he works to understand the concept of Groove.” 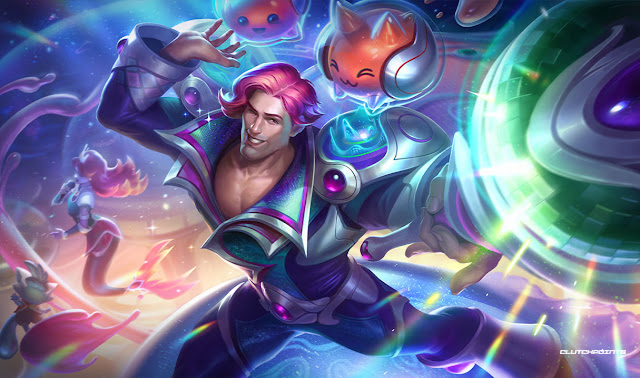 Space Groove Taric strikes a pose with his wand, and seems to have some fans in the form of orange horned beings following him. After all, who can resist Taric’s pink hair, chiseled jaw, and ripped pectorals?

Oh, and Space Groove Nami and Teemo can be seen in the background.

Two of Space Groove Taric’s fans followed him to the Rift, ceaselessly floating near his shoulders. Casting Q causes a disco ball to denote the healing, and a green-pink gradient tethers him to his allies via W. The stun range from E shares the same colors. More of the orange beings are visible when he casts his ultimate, where it drops from above as he is channeling the invulnerability. 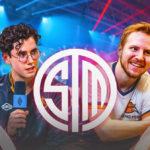 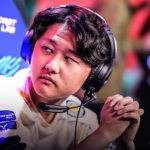 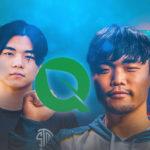 “Hailing from Boogiewonderland, Teemo is so absorbed in The Groove that he is The Groove, literally. Leader of the Groove Guard, Captain Teemo scouts and maps the galaxy, trailing smaller boogies in his wake. His dream: to connect all the planets he can to the Hyperfunk Supervibeway.” 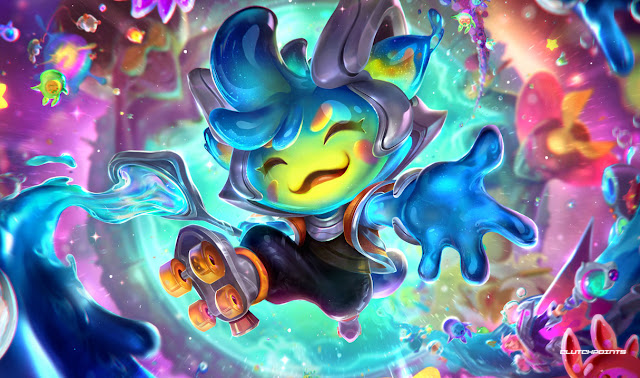 Space Groove Teemo doesn’t resemble the ranger at all. His face looks like an emoji that grew hair. He is also wearing some roller skates that seem to have some form of propulsion on them. Around him, a psychedelic scene is painted.

As a Legendary skin, he gets some custom emotes. When he’s invisible, a HUD overlay appears, with curves on the border and a disco ball at the top center. Any effect that has poison on it is colored blue or purple, and this includes auto attacks that are affected by his E. His ultimate, however, is a different case. Every cast, he will throw a different-colored “mushroom,” which will also dictate what color the explosion will be.

He also receives a unique voice-over.

“He may be a scoundrel, but Twisted Fate is known the galaxy over as someone who gets things done. But even he can’t find a trace of his long lost partner, Graves. So when some cats offered him intel on Grave’s whereabouts in exchange for the location of the legendary underground disco, The Jam, he happily obliged. What’s a few party crashers, anyway?” 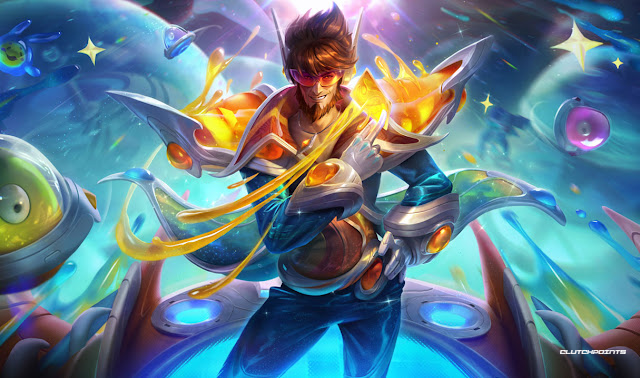 Space Groove Twisted Fate has a head literally full of hair, and he holds a gold card he seems to have swiped from the honey-colored pauldron he wears.

In-game, Space Groove Twisted Fate is primarily blue due to his cape, but the bright yellow from his shoulder plates also catch the eye. A curvy, groovy backing on his cards is visible on his basic attacks, Q, and W. Vision granted by the first part of his ultimate is denoted by a weird alien blob with an eye, and his teleport destination is marked by a disco ball.