Paolo Songco • 3 days ago
Jimmy Butler has been out of action for the Miami Heat’s last four games. Unfortunately, he still won’t be available on Friday when they take on the Washington Wizards. The six-time All-Star also isn’t expected to suit up on Sunday against the Atalanta Hawks.

• 4 NBA teams that must already make a trade

• Heat overreactions: Miami is just too old to compete in the East

The Miami Heat are an American professional basketball team that plays in the Southeast Division of the National Basketball Association's Eastern Conference. The Heat were established in 1988 and they play their home games in the American Airlines Arena along Biscayne Bay in Miami, Florida.

The most successful era in Miami Heat franchise history came during the early 2010s when LeBron James took his talents to South Beach to team up with Dwyane Wade and Chris Bosh. Together, they were known as the "Big 3" and are widely considered as one of the first superteams in the modern NBA.

During this memorable stint, the Heat went to the Finals four consecutive years. Miami won two titles in 2012 and 2013, marking their second and third championships in franchise history.

Miami won their first title in 2006. A young Dwyane Wade led the charge for the Heat in their memorable title run. He played alongside an all-time great big man in Shaquille O'Neal.

While Wade, LeBron, Bosh, and Shaq are all considered as the most important players in Heat franchise history, there are a few other names who have likewise earned legendary status in Miami. This includes Alonzo Mourning, Tim Hardaway, Udonis Haslem, and Glen Rice.

The Heat unsurprisingly fell off after LeBron James decided to return to the Cleveland Cavaliers in 2014. They missed out on the playoffs three times over the next five years, but to the credit of team president Pat Riley and his front office, Miami never went through a full rebuild.

The Heat emerged as the biggest surprise package of the 2019-20 season, with the team going all the way to the NBA Finals in the Disney World bubble. Prior to the start of the season, Miami pulled the trigger on a four-team blockbuster deal that landed them Jimmy Butler from the Philadelphia 76ers. This turned out to be a stroke of genius for the Heat, with Butler serving as the team's talisman in what turned out to be a truly memorable campaign.

Bam Adebayo, Miami's 14th overall pick from 2017, has emerged as the team's second star alongside Butler. The Heat also snagged quite a steal in the 2019 NBA Draft in the form of Tyler Herro as their 13th pick. Miami has done a very impressive job in forming their squad through a combination of key draft picks and excellent trades. 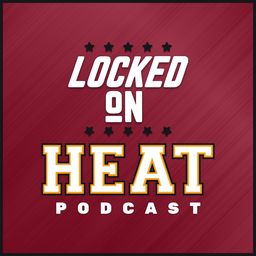 Locked On Heat - Daily Podcast On The Miami Heat 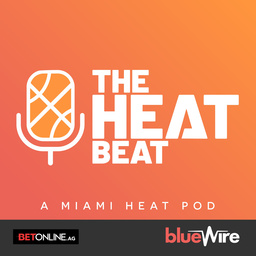 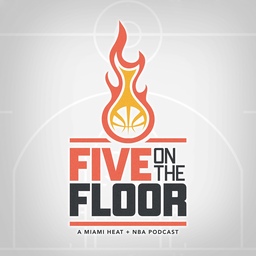 Five On The Floor: Miami Heat/NBA 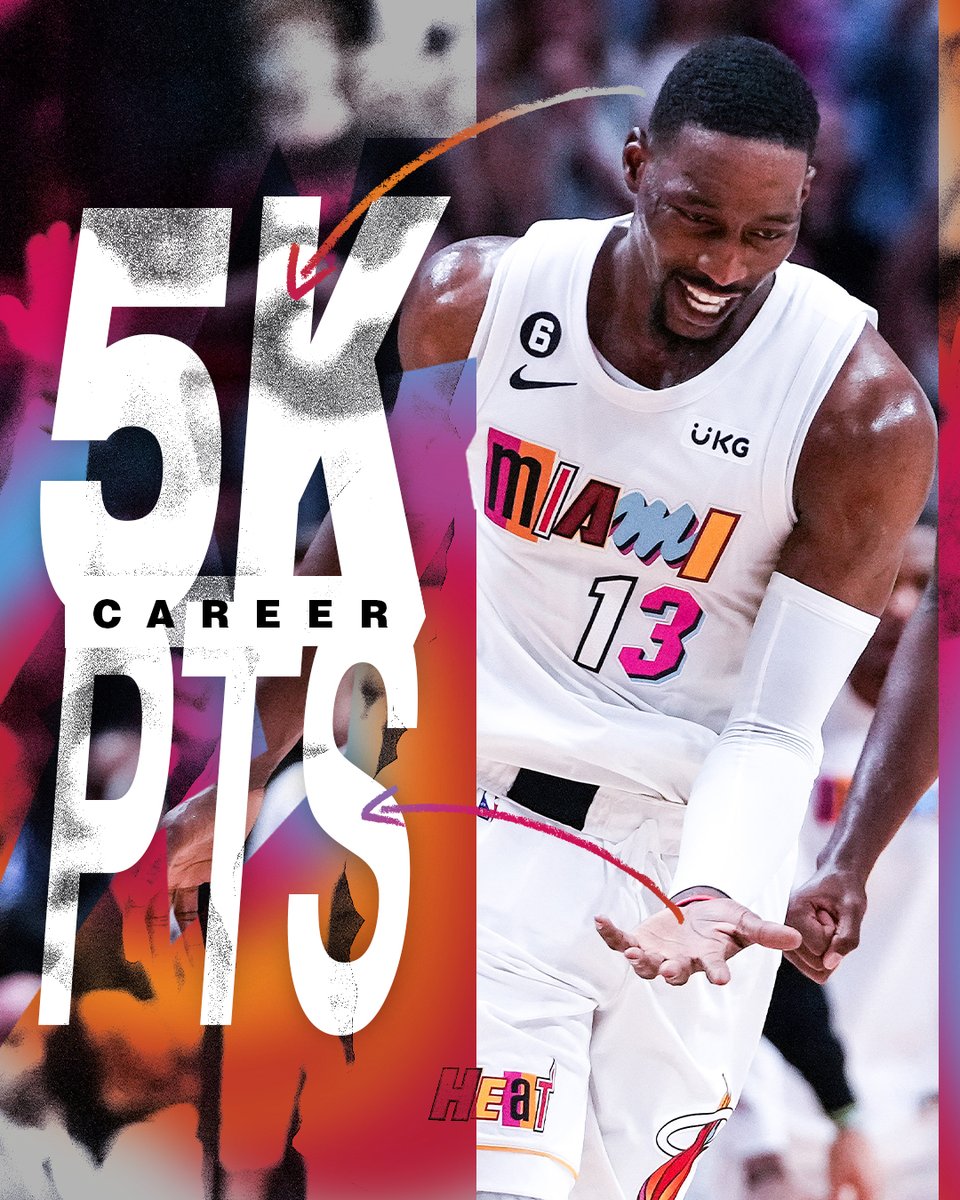 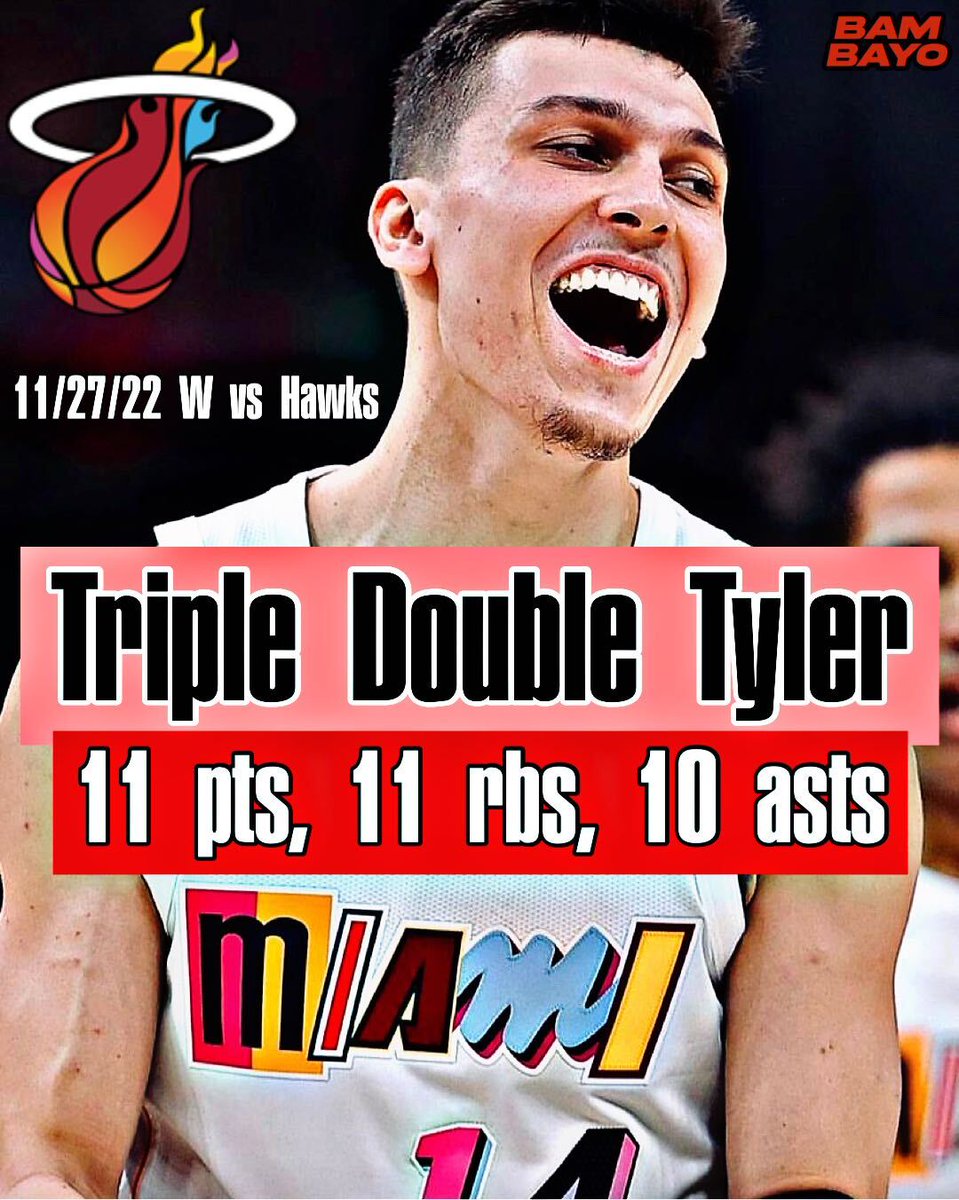 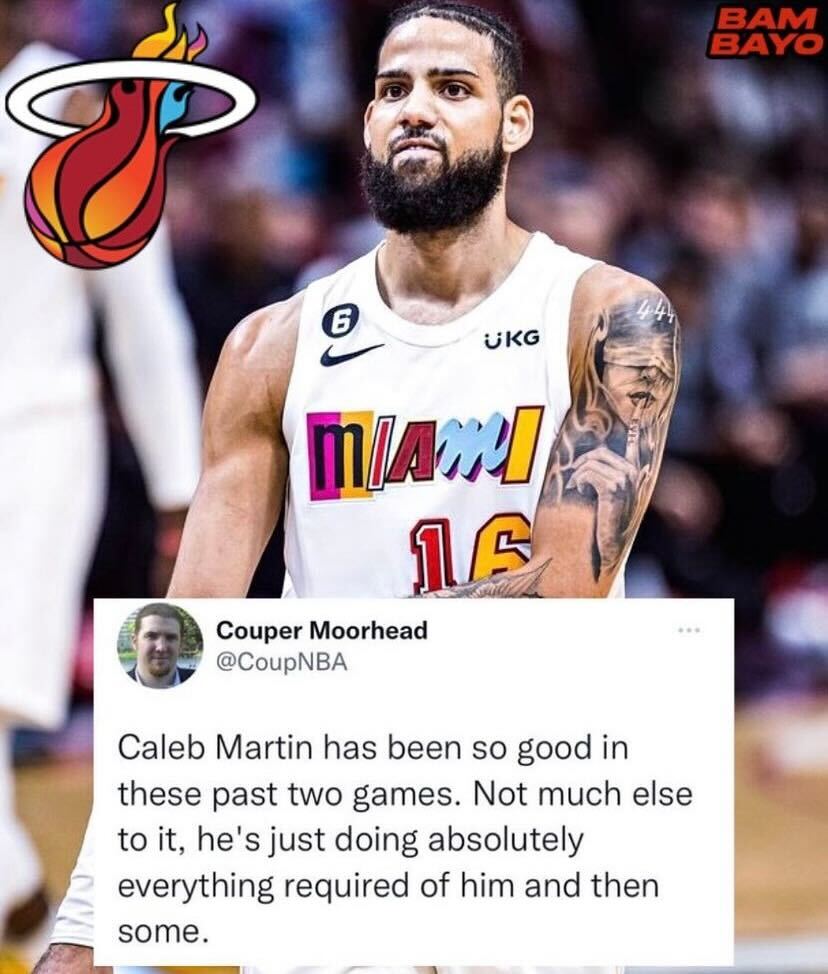 Can the Heat repeat as Eastern Conference Champions in 2020-21?

Giannis Antetokounmpo and the Milwaukee Bucks will still be heavy favorites, and so will a healthy Brooklyn Nets squad. Then again, we've counted out the Heat too many times in the past.

Will Tyler Herro start for the Heat next season?

With Goran Dragic going down in Game 1 of the NBA Finals against the Los Angeles Lakers, Herro was thrown into the starting lineup. He started for the Heat the rest of the way. Is this going to be the trend for the 2020-21 season?

Herro proved to be a key player for the Heat in the Finals, so head coach Erik Spoelstra could very well roll with him as a starter next season. Then again, odds are Spo is going to utilize the 20-year-old in a sixth man role, coming in behind Jimmy Butler and Duncan Robinson.

Regardless of whether Herro ends up starting or not, there's little doubt that he's going to play a huge role for the Heat in his sophomore year.

Which superstar should the Heat target in the summer of 2022?

As long as Pat Riley remains at the helm, the Heat will always be looking two or three years ahead. It's never too early to do their due diligence, especially considering the summer of 2022 is going to be packed with free agent talent.

There is no shortage of big names in the 2022 free agent class, with the likes of LeBron James, Stephen Curry, James Harden, Kevin Durant, Russell Westbrook, John Wall, Chris Paul, and Bradley Beal leading the way (assuming that they don't sign extensions with their teams prior to the summer of 2022). However, one name that stands out for the Heat is Jimmy Butler.

The All-Star swingman will have a player option on his current deal for the 2022-23 campaign, so it would be in the best interests of the Heat to sign him to an extension on or before the summer of 2022. Before they even think about targeting another superstar, they should prioritize the extension of Butler above everything else.

Do the Heat need another superstar alongside Jimmy Butler to win an NBA championship?

The Heat currently have a very young and promising core built around All-Star veteran swingman Jimmy Butler. On paper, this team does have more than a few assets (in the form of players, at least) to try and bring in another superstar to South Beach. Plus, Pat Riley seems to always have something up his sleeve.

At this point, however, Miami should focus on the development of Bam Adebayo. The All-Star big man has the makings of becoming one of the best big men in the league — if he isn't already — and he could be primed for another big year for the Heat in 2020-21. Adebayo is entering the final year of his current deal, so the Heat need to prioritize his (max?) extension this offseason.

Adebayo has proven that he is a superstar-caliber player, and Miami need not look elsewhere for a second superstar alongside Butler as they look to challenge for the title in the upcoming season.

How Important Was Re-Signing Goran Dragic For The Heat?

There's just no two ways about it -- Goran Dragic was one of Miami's best players last season. As such, it was essential that the Heat re-sign him on an extension once he entered free agency.

Dragic, who averaged 16.2 points (on 44.1 percent shooting), 3.2 rebounds, and 5.1 assists last season, had more than a few suitors prior to putting pen to paper on an extension with Miami. His outstanding play from the previous campaign ensured that he was going to be one of the hottest names in free agency, and true enough, a number of teams had him on their radar.

In the end, it did not take long for Dragic to make the decision to stay in Miami. This cost the Heat $18 million for the 2020-21 season, and an additional team option for the succeeding campaign worth $19.4 million. That's undeniably a significant amount of money for a 12-year vet who's going to be 35 next season, but Dragic should prove to be worth every single penny of that deal.

Dragic is a key member of Miami's core, and his re-signing was a quintessential step towards the Heat mounting another title push in 2021.

How Much Are The Heat Worth?

Forbes lists the Miami Heat with a total net worth of $2 billion as of February 2021.

This franchise has a projected revenue of $266 million from the 2019-20 season to go along with an operating income of $38 million. Player expenses are listed at $126 million.

Who Owns The Heat?

The Heat is owned by Micky Arison, a 71-year-old Israeli-American. Arison currently serves as the chairman of Carnival Corporation, which is considered as the largest cruise operator in the globe.

Arison purchased the Heat back in 1988, and at that time, he paid $32.5 million for the franchise. Needless to say, his investment has grown quite a bit in just over two decades.

Who is The Heat Head Coach?

The Miami Heat have one of the best coaches in the entire league in Erik Spoelstra. He has been with the team since 1995, when he was hired as a video coordinator. Spoelstra worked his way up the ladder, and was officially promoted as an assistant coach in 1997.

Spoelstra is of Filipino descent, making him the first Asian-American head coach in the NBA, NFL, MLB, and NHL.

Who Are The Heat's Assistant Coaches?

Being one of the top shot-callers in the league today, Miami head coach Erik Spoelstra has quite a team working with him behind the scenes.

Dan Craig was the Heat's longest serving assistant, coaching with the team since 2008, but he left after the 2019-20 to become the associate head coach of the Los Angeles Clippers under Tyronn Lue. Last summer, Spoelstra brought on former Heat player Malik Allen as an assistant.

Who Are The Best Heat Coaches Of All Time?

The Heat have won three titles throughout its entire history, and two of them came during the Erik Spoelstra era (2012 and 2013). In this respect, we have to put Spoelstra as Miami's GOAT coach.

Spoelstra has been with the Heat since 1995, initially serving as a video coordinator. Throughout his tenure as the team's head coach, the 49-year-old has amassed a 567-392 win-loss record (.591 winning percentage). Aside from winning the title twice, Spo also led Miami to five Eastern Conference Championships.

Next up on our list is Pat Riley, who was the man at the helm during Miami's first championship in franchise history (2006). Riley has coached the Los Angeles Lakers and the New York Knicks, but it was in Miami that he had his longest tenure (11 seasons), logging 454 wins during that period.

Rounding out our top 3 is Stan Van Gundy. While SVG spent just two and a half seasons as Miami's head coach, he holds the best winning percentage all time for the franchise with 112 wins against just 73 losses (.605).

Who Are The Top 5 Heat Players Of All Time?

More than a few great players have called Miami home, but for all his invaluable contributions for the franchise, Dwyane Wade has to be at the very top of our list here today. The 13-time All-Star spent a total of 15 seasons with the Heat, and he was front and center for all three of the team's championships.

LeBron James, despite spending just four years in South Beach, is undeniably an all-time great for the Heat. He was the team's talisman in what is considered as the most successful era in franchise history, leading the squad to back-to-back titles in 2012 and 2013 and four straight NBA Finals appearances.

Third on our list is Shaquille O'Neal, who is widely considered as one of the greatest big men this sport has ever seen. Shaq spent just four years in Miami, but he played a key role alongside Wade in Miami's first ever championship back in 2006.

We round out our Top 5 with two legendary bigs in Alonzo Mourning and the final member of the Big 3 in Chris Bosh.

Who Are Heat Legends?

If we were to choose the Top 5 greatest Miami Heat players of all time, then our list would look like this: Dwyane Wade, LeBron James, Shaquille O'Neal, Alonzo Mourning, and Chris Bosh.

Aside from these five all-time greats, Miami has been home to more than a few other legends.

Tim Hardaway, Glen Rice, Rony Seikaly, and Jamal Mashburn are just a few names that stand out from the '90s.

Eddie Jones and Jason Williams are a couple from the early 2000s, while more recently, the likes of Ray Allen and Udonis Haslem have both also earned legendary status in Heat lore.