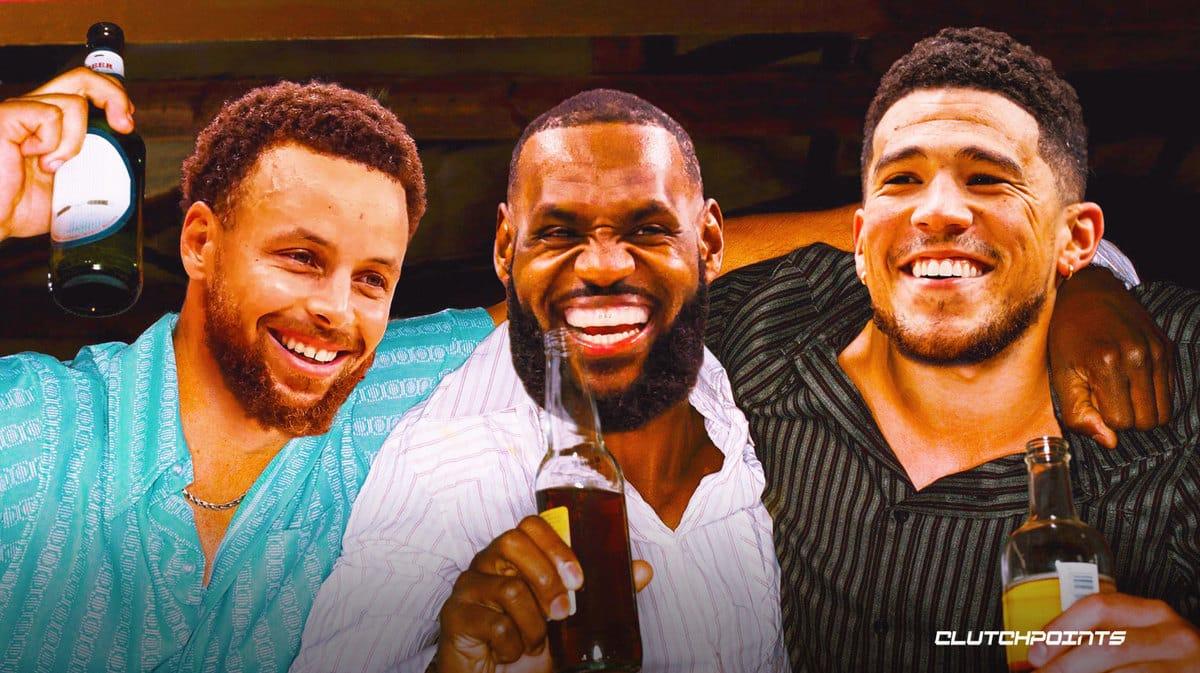 Devin Booker has emerged as one of the top young superstars in the NBA today. Along with this is the fact that he’s gained more than a few naysayers along the way. The Phoenix Suns guard is taking this all in stride, though.

Booker is well aware of all the noise and negativity. He’s not ignoring it. As a matter of fact, he’s just learned how to live it with. According to the Suns star, he’s taking a page out of the book of LeBron James and Stephen Curry:

“I just realized the situation,” Booker said. “Now, I’m more on the bigger stage, where people know about me, so there’s gonna be more haters. That’s life. There’s people that hate on LeBron James and Steph Curry — still, to this day. So once you embrace that (reality) and just realize that there’s different types of people, you get it. There’s haters, and there’s supporters.

There are probably no better role models to look to than Steph and LeBron. King James, in particular, has amassed an enormous amount of haters through the years, so he clearly knows a thing or two about silencing the naysayers.

Before, the narrative was that Booker wasn’t good enough to carry the Suns to the playoffs. Now that they’ve been to the NBA Finals, the haters are saying that Phoenix isn’t doing anything in the postseason. At this point, however, Book is just looking at the silver lining:

“One out of 30 (teams) is tough,” he said. “And for everyone saying we don’t do anything in the playoffs, well that’s (better than) ‘This kid can’t make the playoffs.’ I’m on the right track here.”

Booker is just having fun with it. He knows what he is capable of and he is fully aware of what the Suns has achieved under his watch. He’s by no means resting on his laurels, though. Booker isn’t settling for a Finals appearance. He’s had a slice, so to speak, and he now wants the whole pie.

When asked if all the negativity is helping to fuel the motivation inside him, however, Devin Booker claims that it simply does not:

“Nah, that s**t stayed the same all the way through,” Booker said.