The major move Hornets needed to make in 2022 NBA offseason 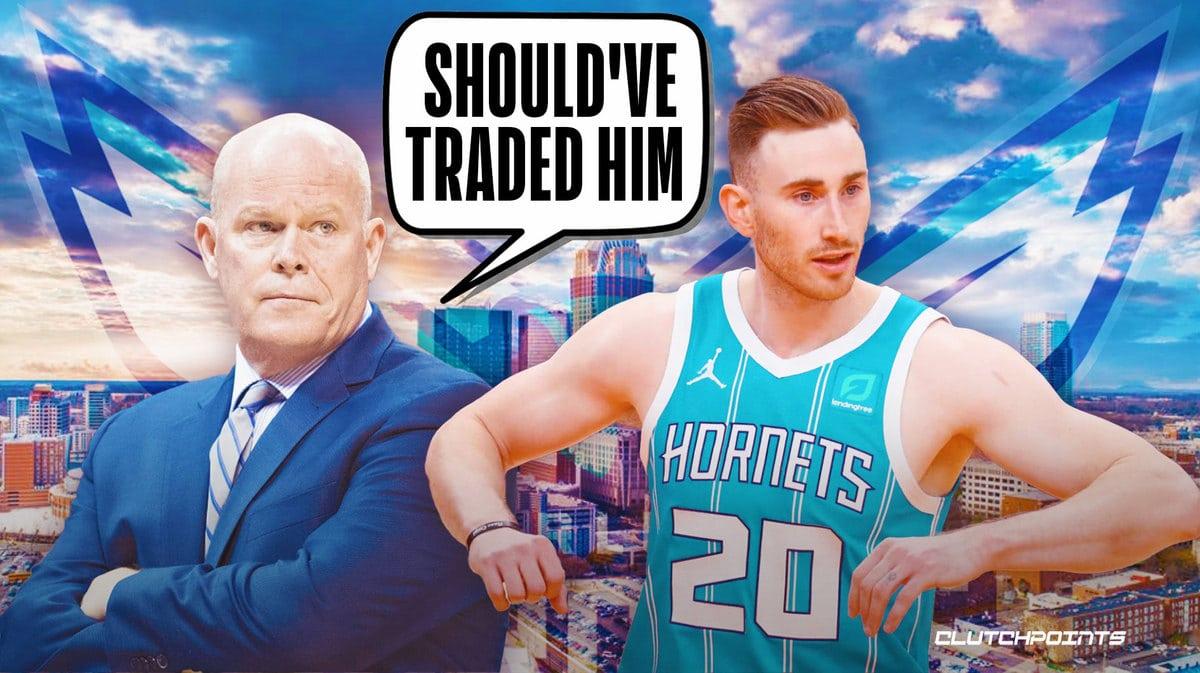 The Charlotte Hornets had a disappointing season in 2021-22. They had a few winning streaks, none longer than five games, but they also had a similar number of slumps. The Hornets were without a key veteran, Gordon Hayward, for 49 of the potential 82 games, which certainly hurt their playoff chances.

Gordon Hayward will miss the play-in tournament for the Hornets due to a foot injury.

Charlotte did make it to the 2022 play-in tournament, though they were sent home by Trae Young’s Atlanta Hawks. Looking ahead to the 2022-23 NBA regular season, the Hornets are hoping to take a leap and make it to the playoffs for the first time since 2016.

Charlotte needed a summer overhaul of sorts to ensure that happens—drafting promising rookies, bringing in impact free agents and perhaps pulling the trigger on a couple trades. As of this writing, however, general manager Mitch Kupchak and company have made just three moves in the offseason.

They picked Mark Williams (No. 15) and Bryce McGowens (No. 40) in the 2022 NBA Draft, then re-signed Cody Martin in free agency. Those transactions are fine in a vacuum, but the Hornets seem to have skipped out on most of the major actions they needed.

The biggest among them? Trading Gordon Hayward.

Hayward has missed far too many games for a $30 million player. He is also 32 years old, clearly on the decline for a team banking on its youth movement both now and going forward. The Eastern Conference is deeper than its been in years, and teams must put all of their best players on the court if they want to make a deep playoff run. For the Hornets, that group should no longer include Hayward.

There is no doubt Hayward is a talented player, but he just has to actually be on the court more to contribute. Even if the Hornets wanted him to remain a focal point, his injury history just shows he’s too fragile to play a lion’s share of minutes in the regular season.

On the surface, Hayward looks like a lock to remain with the Hornets. He has the requisite combination of size, skill and feel to make a difference, but that does not matter if he’s unavailable for Charlotte when the team needs him most.

Having said that, Hayward’s performance last season also makes finding a deal for him more challenging. Last season, the Hornets forward’s productivity dropped somewhat to just over 15 points per game. He did, however, attempt fewer shots and play fewer minutes. On the other hand, teams shouldn’t be spending top dollar for their third offensive option.

Although a rebound year is feasible, Charlotte can no longer pin its hopes on his health. Hayward’s body has broken down too many times. The Hornets can blame bad fortune for that, but by choosing to keep him this coming season, they’d have nobody to blame but themselves if things don’t work out again.

Again, Hayward’s value will only decrease as he grows older and more injury-prone. The Hornets should have traded Hayward, even if it’s merely to get rid of the $61 million they owe him over the next two seasons. Paying an injury-prone small forward that much money as he approaches his 13th season is not ideal for any team.

Charlotte should have been more proactive in its search for a Hayward trade partner. There had to be a team eager to trade for a reasonably productive veteran, right? Now, the Hornets are stuck with him and his impending sharp decline.

They reportedly had some trade-worthy options over the past few months. Sadly, the Hornets just couldn’t complete any deals.

The Detroit Pistons are reportedly interested in acquiring Gordon Hayward from the Charlotte Hornets.

Simply said, the Hornets’ urgency to win in the present should have taken precedence over a wait-and-see approach to Hayward’s situation. With a possible playoff run on the line, they should have aggressively worked the phones to find him a trade partner, no matter how tough a task it would have been.