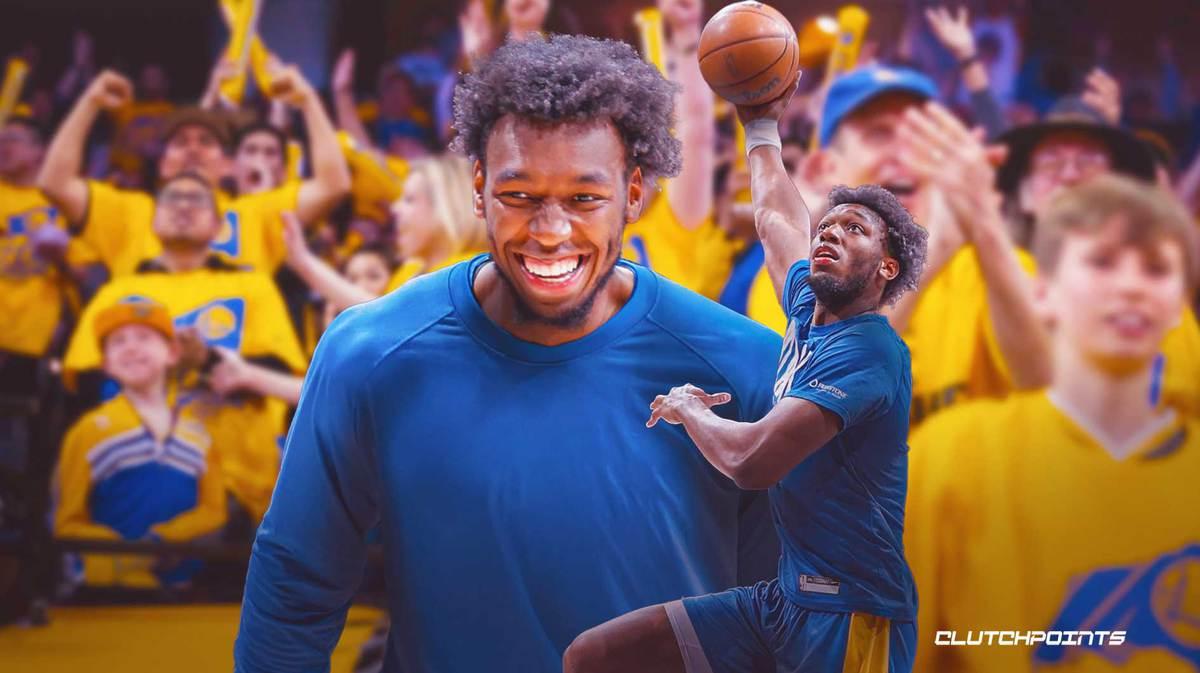 James Wiseman played his first real basketball game on Sunday since April 10th, 2020. The stakes at Las Vegas Summer League aren’t exactly high and the competition isn’t quite championship-level. Still, Wiseman provided ample and immediate reason for optimism about his once wayward career trajectory as the Golden State Warriors took on the San Antonio Spurs in Sin City.

Coach Jama Mahlalela gave Dubs fans an eye-popping glimpse of the future on the game’s opening possession, teeing up a high-flying lob for Wiseman from Jonathan Kuminga off a high ball screen.

The hangtime and power is what stands out most there, and continues to make Wiseman such a tantalizing prospect. But the speed with which Wiseman sprinted into his step-up screen no doubt had Steve Kerr smiling, evidence of the young big man’s ongoing commitment to understanding the importance of and doing the little things.

Wiseman’s blend of elite physical tools and burgeoning feel was on further display just seconds later, when he laid back at the elbow in drop coverage defensively before leaping to block a jumper from Spurs rookie Blake Wesley. His second swat was even better, as Wiseman called out an off-ball screen before quickly flipping his hips to pack another hopeless attempt from Wesley, this time at the rim.

James Wiseman is on 🔥 at both ends of the court! pic.twitter.com/1VSKLdklIj

Wiseman had the jumper working early in Sunday’s game, too.

He drained a pull-up three over the outstretched arms of Dominick Barlow on Golden State’s second possession, launching as the San Antonio Spurs rookie gave him some unexpected airspace. The touch Wiseman showed on a turnaround jumper a few minutes later was just as impressive.

Extremely encouraging 4-minute start for James Wiseman before he's checked out. Hit a 3, ran rim for a dunk, and two gigantic blocks.

It’s only summer league but Wiseman looks great on both ends. The way he’s contesting shots might be the best sign.

Wiseman is rotating so much better on defense, which is a huge deal

Dub Nation was even more excited.

i am so happy for james wiseman you don't understand 🥹

Loving what I see from Wiseman. The most important thing is he looks HEALTHY

SL is usually for process, reps and all that stuff but how can yo not be happy with some of the stuff you’re seeing from wiseman?

Early reaction, but Wiseman is looking like he can play valuable bench minutes

That’s all I wanted from him this year

Reminder: Summer League isn’t anything like real NBA basketball. A player like Wiseman, bigger, stronger and more skilled than almost every center in Las Vegas, is uniquely suited to thriving against substandard competition, too.

But just getting back on the floor at all after 15 months away from competitive basketball is a win for James Wiseman. His first-half performance against the Spurs, then, might as well be cause for measured celebration.