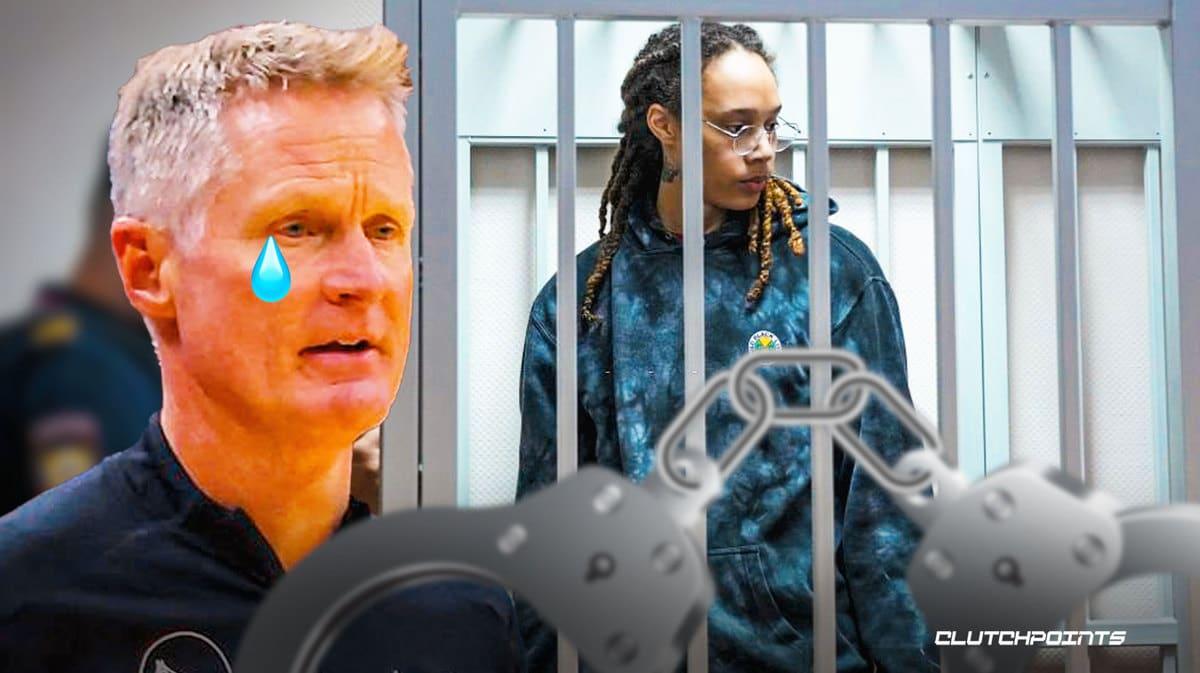 Steve Kerr wants to keep the conversation about Brittney Griner alive as she remains imprisoned in Russia. However, the Golden State Warriors head coach also couldn’t help but feel devastated that the WNBA star was caught up in the middle of what he calls a “political game.”

The USA has long argued that Griner is being wrongfully detained in Russia. For those not in the know, the Phoenix Mercury forward was sentenced to nine years in prison for drug possession and smuggling chargers after vape cartridges containing a cannabis-based substance was found in her luggage.

Ever since her imprisonment, talks about a possible prisoner exchange have surfaced. Russia reportedly wants the convicted arms dealer Viktor Bout–nicknamed the Merchant of Death–to be released in exchange for Griner. While the USA is open to a deal, there hasn’t been much progress in that regard.

“I can’t imagine what Brittney is going through… it’s hard to believe that this continues for her to just get sort of caught up as a pawn in a political game. That’s devastating,” Kerr said of Griner, via Madeline Kenney of Bay Area News Group.

“And we all think about her and talk about her situation and we’re all hopeful that somehow we can bring her home but it’s really unfathomable what she’s what she’s dealing with.”

It remains to be seen what the USA will do in order to get Brittney Griner released, especially after the government claimed Russia is not negotiating with them recently. However, there is certainly a ton of pressure for them to get something done.

As Steve Kerr said, the conditions that Griner is facing in Russia is pretty brutal. Our previous reports noted that the WNBA player has been transferred to a Russian penal colony in Mordovia, which is known to be the harshest among the Russian prison system. Aside from long hours of labor, prisoners in IK-2 are also subjected to beatings nd tortures, along with poor living facilities.