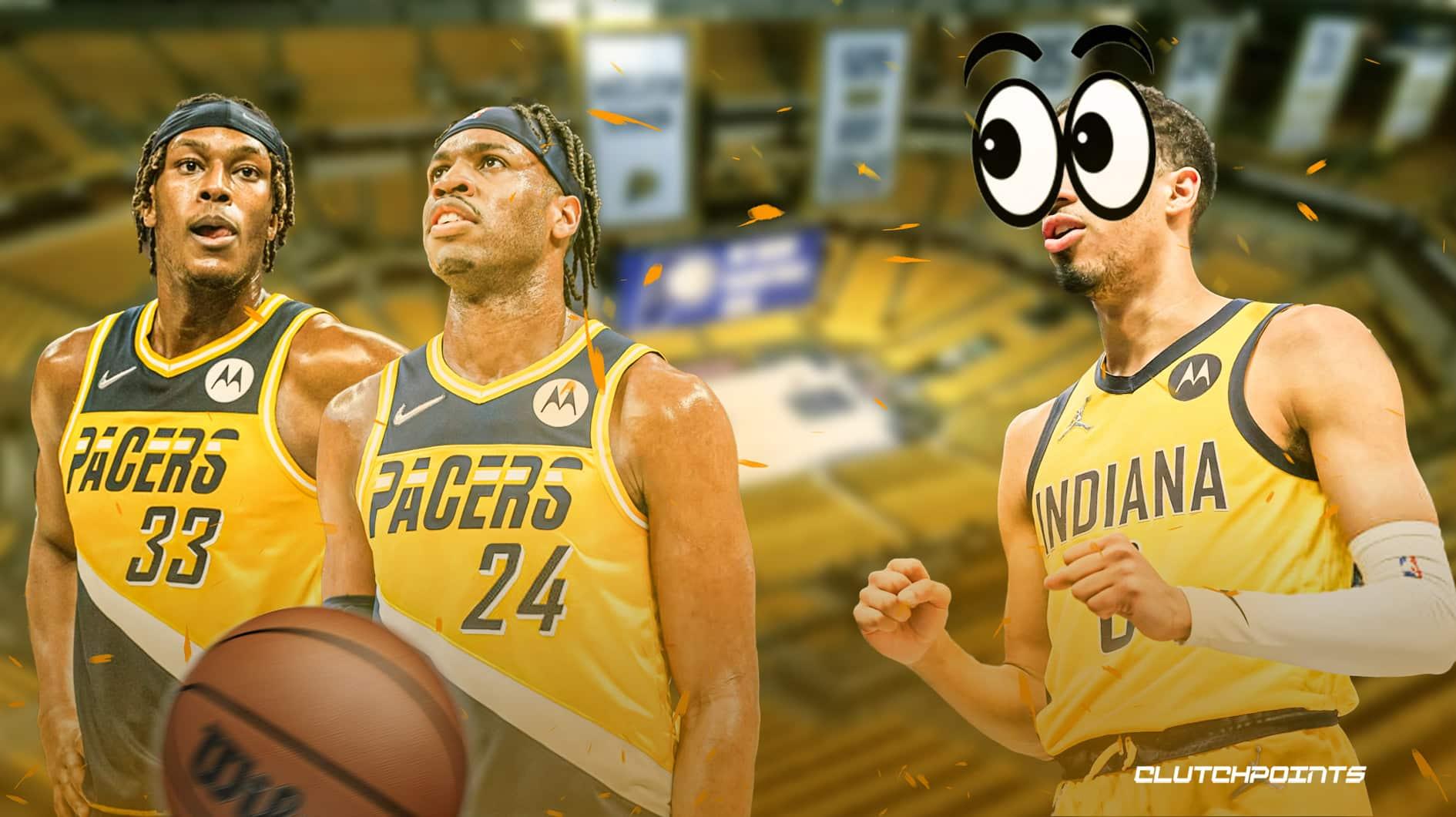 The Indiana Pacers are in the midst of a rebuild as the 2022-23 NBA preseason begins. The Pacers have a young roster and are likely to be one of the bottom teams in the Eastern Conference.

The Pacers’ main building piece is point guard Tyrese Haliburton, whom they acquired at the trade deadline last season. Haliburton shined in his 26 games with the Pacers, averaging 17.5 points along with 9.6 assists per game. He shot very efficiently from the field at 50.2 percent and 41.6 percent from behind the arc. Haliburton contributed on the defensive end as well, notching 1.8 steals per contest.

Haliburton’s running mate in the backcourt will be shooting guard Bennedict Mathurin, who was taken with the No. 6 pick in the draft. Mathurin can grow into a great 2-guard alongside Haliburton, setting up a bright future.

Indiana has shipped out veterans such as Domantas Sabonis and Malcolm Brogdon over the past year. However, as the season approaches, there could be a couple more on the move. With that said, here are two potential trade candidates for the Pacers as the 2022-23 NBA preseason begins.

Buddy Hield is one of the Pacers’ veterans who has been involved in trade rumors this offseason. The 29-year-old sharpshooter was sent from the Sacramento Kings to the Pacers in the Haliburton-Sabonis deal but doesn’t fit the timeline of Indiana’s team.

He could fit with many contenders in the NBA as one of the best shooters in the league. Shooting the 3-ball is one of the most important things in the modern NBA, and Hield does it at an elite rate. Hield would have a seamless transition to any team and help them improve their perimeter shooting.

Hield will continue to be a part of trade rumors as the Pacers look for the right trade partner to move on from the veteran. The Los Angeles Lakers have been rumored as a potential destination as part of a Russell Westbrook trade. Speaking of that…

Myles Turner is another trade candidate for the Pacers as he enters the final year of his deal. Turner is an elite-level rim protector and can space the floor on the offensive end. Contenders in need of a center would be very interested in the 26-year-old, who has found himself in seemingly endless trade rumors over the last few years.

Last season, Turner averaged 12.9 points along with 7.1 rebounds per game. He shot 50.9 percent from the field and 33.3 percent from downtown. He continued to make his mark on the defensive end, swatting 2.8 blocks per game.

Being in the last year of his contract makes him a riskier target, and teams may not want to throw in draft capital. However, his talent is undeniable, and he could be the missing piece for a team competing for a championship. Turner has survived trade rumors through the last few seasons, but it could be different as this season approaches.

Hield and Turner have both been in trade rumors throughout the offseason, most notably linked with the Lakers. Los Angeles had talks with the Pacers in the offseason with a deal that would have sent Russell Westbrook and two first-round draft picks for Hield and Turner. This deal could still eventually go down, but the Lakers apparently want to see how Westbrook fits in new head coach Darvin Ham’s system before trading their picks.

While the Pacers may not be a playoff-caliber team this season, it will be fun for fans to watch their young players grow. We’ll see if Indy winds up pulling the trigger on these trades.