3 best Serie A signings of the summer transfer window

Serie A has been largely dominated by Juventus in the last decade, but a strong showing by Inter Milan last year has stopped Juventus for winning the title 10 years in a row. After an exciting season, the summer was equally exciting, with many teams trying to join the battle for a wide-open title race. Here are the three best signings by Italian clubs this summer:

Even though Inter lost their best player in Romelu Lukaku, sporting director Giuseppe Marotta pulled out some incredible deals this summer to strengthen the squad, which was largely financed by the sale of Achraf Hakimi to PSG. Early in the window, Hakan Calhanoglu and Edin Dzeko were stripped by Serie A rivals AC Milan and Roma, respectfully, and they will be great additions on their own. However, a level above them is the deal for Dutch right-back Denzel Dumfries.

While Calhanoglu and Dzeko are proven players, it is true that Dumfries is still young and it is his first experience in a major European league, but the 25-year-old has been absolutely sensational for Holland during the EURO’s last summer. He sprinted on the right side, stopping attacks on one end and creating havoc on the other, becoming a headache for many of the opposition players. Of course, the Dutch EURO campaign ended abruptly, losing 2-0 to Czech Republic in the first round of the knockout tournament, but that does not minimize the show put on by Dumfries.

Also, with this signing, Inter will not feel the absence of Hakimi. Hakimi is more regarded, of course, and he is not easy to replace, but Dumfries can match both his pace and his attacking prowess, bombing the right flank of every Serie A and Champions League opposition. It will be vital, for Inter, to attack using both flanks and try to find Dzeko with crosses, and as an excellent crosser of the ball, Dumfries will be absolutely great for the Serie A giants.

Anyone watching the Italian team in Euro 2020 this summer must have been impressed by the 23-year-old holding midfielder. In the squad with Marco Veratti, Jorginho, Nicolo Barella, and others, Locatelli impressed absolutely everyone with his ability to control the pace of the game and hold down the midfield. The now-former Sassuolo man used his ability send long and precise passes to find overlapping fullbacks and wide midfielders, while also being able to completely slow down all play with his immense short passing.

Even more importantly, Juventus really needed the boost in the middle of the park as they aim to win the Serie A again. Once great in the midfield, during the era of Andrea Pirlo, Paul Pogba and Claudio Marchisio, the Old Lady has fallen on the often injured Aaron Ramsey and Arthur, and unreliable Adrian Rabiot and Rodrigo Betancur. Juve coach Max Allegri also tried to use right-back Danilo as a holding midfielder, however, the gaps were more than evident, and that is why Locatelli is the absolute perfect signing.

In terms of the overall deal, it is reported that it is a loan for a year, with a permanent purchase option for $41.3 million at the end of this season. Overall, Juventus has an amazing player to build the middle around, and with Weston McKennie also receiving more game time, the Serie A standouts should have a respectable midfield going forward, with one or two more signings.

While it seems a bit unusual that such a small transfer gets placed on a list like this, it can be seen that Fiorentina was actively seeking deals in accordance with their stature. Unfortunately for the Violas, they are not on the level of Inter, Milan, or Juventus, but they still have the ability to find good deals in the Serie A market, and one such deal is this. It is easy to overlook this, as Nastasic was part of the abysmal Schalke 04 team that ended up falling off due to major financial issues. However, it can be argued that regardless of Nastasic, S04 would still end up in the same position, as a club that was very reliant on supporters coming out to games. 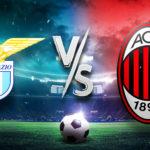 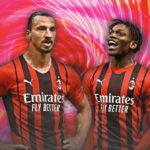 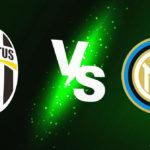 Regardless of Schalke, Nastasic is coming into his prime right now, as he is only 28. He will slide into the Fiorentina defense without many issues, and while his injuries might cause a problem in the future, his immense experience, especially with Manchester City in their title winning season 2013-14, will still be relevant for the team that Fiorentina is building. When healthy, Nastasic is a mobile, modern center-back who can hold his own against most attackers. While his frame is not the biggest, of course, being only 6 foot 2, he will make it up in speed which is admirable for someone at his position.

Also, it is very important to mention that there is a small army of Serbian players already at Fiorentina, including the main star of the team, Dušan Vlahovic, who scored 21 goals in 40 games last year in the Serie A. Along with Nastasic and Vlahovic, there are also Nikola Milenkovic and Aleksa Terzic, both young and aspiring defenders who will benefit from playing with someone of that experience and stature.

It can be said, of course, that it was not the perfect summer for most teams, as Juventus and Inter lost their best players, respectively. Regardless of that fact, the teams bounced back in major fashion, which is especially true for Inter. While the quality leaving the team is not easy to replace, the team around Javier Zanetti and the aforementioned Giuseppe Marotta did their absolute best to strengthen the squad. Also, there was a direct deal between Lazio and Roma for the first time in 40 years. Spanish winger and former Chelsea and Barcelona winger Pedro moved from Roma to Lazio, and it will be interesting to see how will the Roma faithful accept him upon returning to the Olimpico.

It should be one of the most interesting seasons of Serie A in recent memory.