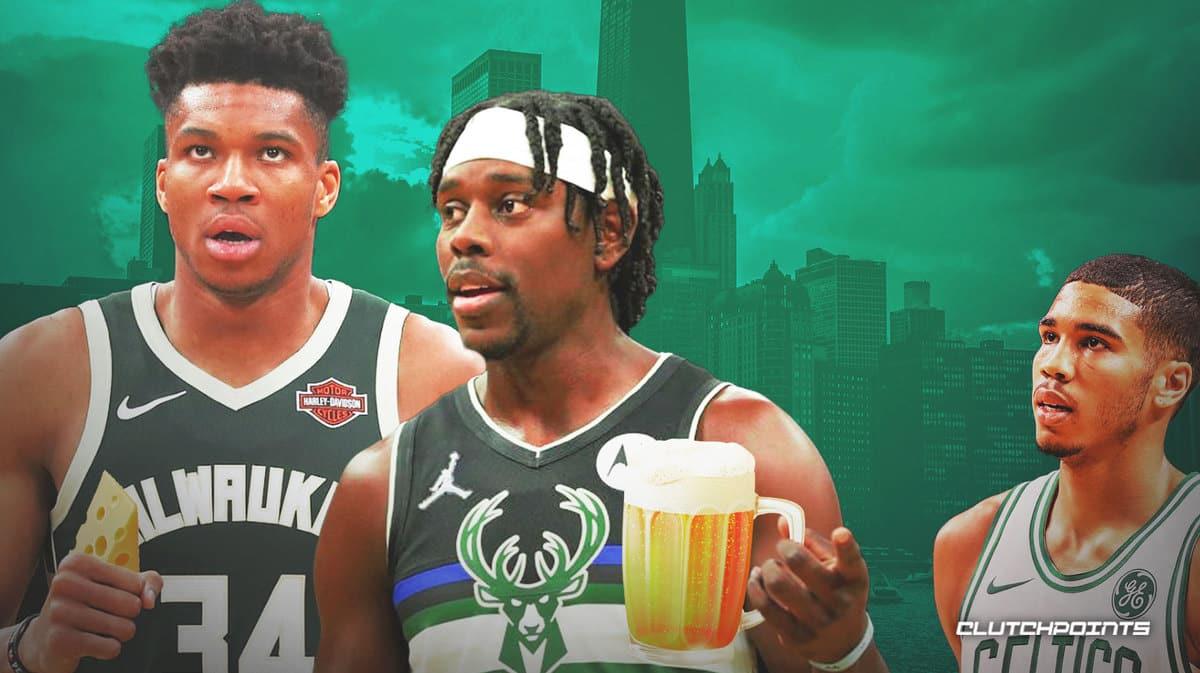 Following a dominant performance in Game 1 of their Eastern Conference Semifinals, the Milwaukee Bucks got drubbed by the Boston Celtics in Game 2, 109-86. Boston shot the lights out, particularly in the first half as they nailed 13 of their 20 shots from beyond the arc in the first two quarters. The Bucks found themselves down 25 at the break, and despite almost cutting it to single digits, could never truly get back into the game.

Despite losing by 23 points, there were a number of good signs for the Bucks going forward. Therefore, I am going to reveal the four reasons the Bucks have no reason to panic after getting crushed in Game 2 vs. the Celtics.

4 Reasons Bucks Don’t Need to Panic After Getting Crushed in Game 2 vs. Celtics

1. Bucks role players will be better

The Celtics did a very good job defensively in Game 2, as Milwaukee was held to just 3-for 18 (16.7 percent) from downtown. Brook Lopez scored two points, as did Wesley Matthews and Grayson Allen was invisible off the bench. Allen particularly has really stepped up his game in the postseason. But it was almost as if he was intimidated after Jaylen Brown broke his ankles.

But in front of their home crowd, I fully expect Milwaukee’s role players to play much better in Game 3 and beyond. Pat Connaughton and Bobby Portis both have had solid appearances thus far this series. I don’t see any reason that will change. As Giannis continues to get so much attention in the paint, the Bucks role players will keep getting clean looks. At home, they are going to knock them down.

2. Bucks destroying Celtics in the paint

Milwaukee is beginning to make camp in the paint against Boston. Meanwhile, the Celtics continue to rely heaving on the three-point shot. Boston was 18-for-50, yes 50, from deep in Game 1. They followed that up going 20-for-43 from downtown in Game 2. Yeah, they might have made 38 three’s so far, but the fact that they have attempted 93 of them should tell you something. It’s extremely unlikely Boston will continue hitting shots from the outside at such a high clip on the road in Milwaukee.

Unless Celtics coach Ime Udoka can figure out how to get shots for his stars in the paint, the Bucks should have an advantage in this series. The Bucks outscored the Celtics 54-24 in the paint in Game 2. They should continue to be the more successful team down low.

The key player for the Bucks in this area is not who you would think. It’s point guard Jrue Holiday. With Marcus Smart out of the lineup, the Bucks guard has a huge mismatch. He is bigger and stronger than any of the Boston guards on the floor. Holiday consistently backed down defenders, including Robert Williams, and was crafty enough to get layups. He needs to continue to work down low. That will open up his jump shot.

3. Giannis Antetokounmpo will be better

So far in this series, the Celtics have done a great job limiting the clean looks for Bucks superstar Giannis Antetokounmpo. But honestly, how long will they hold up with him being so inefficient.

Antetokounmpo has been arguably the most efficient high-volume scorer in recent NBA history. He has shot between 52 and 58 percent six seasons in a row. Thus far this series, Antetokounmpo is just 20-for-52 from the floor. The Celtics have packed it in against the Bucks superstar. Sooner or later, Antetokounmpo should have a monster game. He’s simply too good not to.

Generally, Milwaukee’s power forward is even greater in the post season. You can bet he will be ready for Game 3 back in Milwaukee.

4. Bucks will show they can also shoot from deep

Despite such a poor showing so far, the Bucks have the players needed to match the Celtics from the outside. Giannis Antetokounmpo will absolutely continue to draw two and sometimes three defenders in the paint. He typically makes the right play, and in that scenario it means kicking it to open shooters.

The aforementioned Grayson Allen, Pat Connaughton, Bobby Portis and Jrue Holiday can also shoot from beyond the arc. Even Jevon Carter and Wesley Matthews were extremely efficient from deep this season, knocking down 43 and 39 percent respectively.

Boston has been a volume shooting team from the three-point line. But on the road, I would not expect the Celtics’ role players to consistently knock down shots. They are going to need Jayson Tatum and Jaylen Brown to do the heavy lifting. Whereas, the Bucks will have a number of players they will be able to rely on.

There is a very good chance Milwaukee can win both Games 3 and 4 at home, putting the Celtics on the brink of elimination.