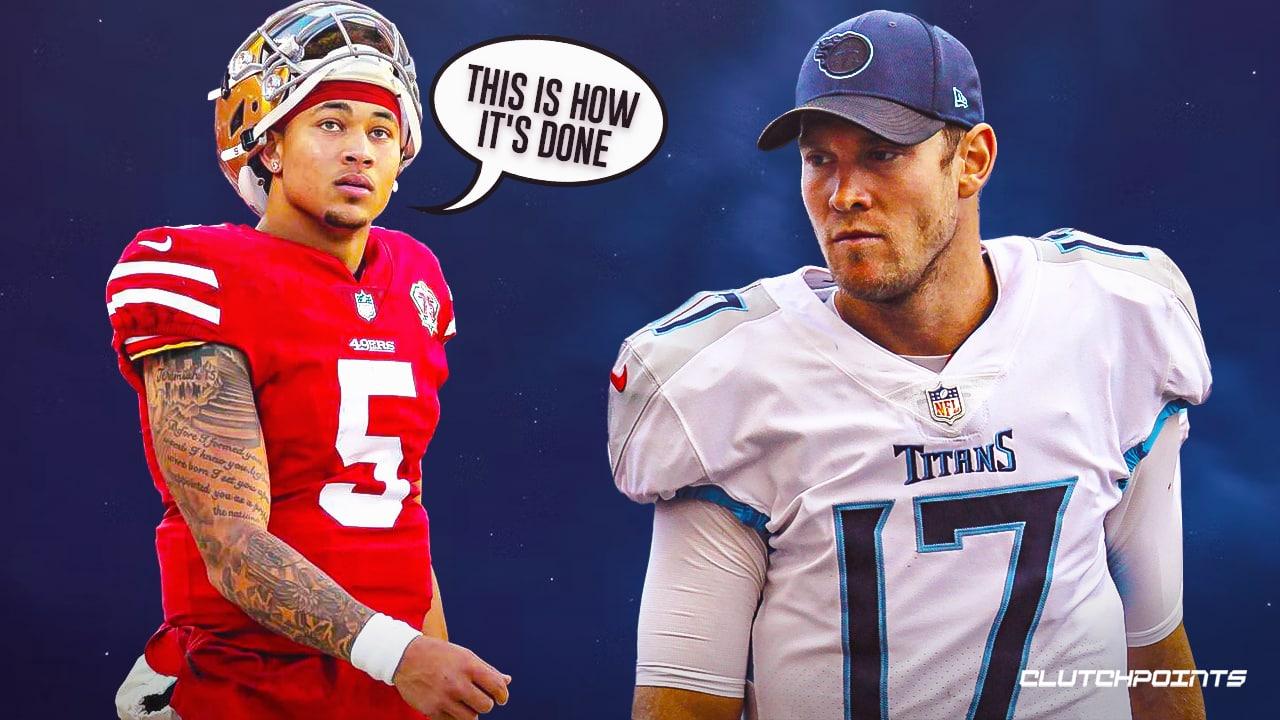 The San Francisco 49ers are in a very interesting position as the offseason plays out. Initial reports after the season were that the franchise was ready to hand the quarterback reigns to second-year QB Trey Lance, with whom they drafted third overall in the 2021 NFL Draft. It was expected that the team was going to trade Jimmy Garoppolo, but that has not come to fruition.

Regardless of who the starting quarterback is to begin the 2022-2023 NFL season for the 49ers, Lance showed a lot of maturity following this year’s NFL Draft. Lance reportedly got the phone number for each of the nine 49ers draft picks and texted every one of them, welcoming them to the team.

It’s not often you see a player as young as Lance taking so much initiative. That’s certainly a good look for the young 49ers quarterback. It stands out particularly well considering Titans quarterback Ryan Tannehill’s reluctance to take Malik Willis under his arm.

To be fair though, Lance is not talking to his potential replacement, which was the situation in Tennessee.

It is still to be determined whether or not Lance can actually play at the NFL level though.

Lance only started two games during his rookie season. He went 1-1, completing 41 of 71 passes thrown for 603 yards and five touchdowns, with two interceptions. Those numbers were a bit pedestrian, but he was a rookie after all. San Francisco surprisingly did not trade their All-Pro wide receiver, Deebo Samuel. That could be a big boost for Lance if he were to get the starting nod this season.