LeBron James is one of the best athletes to ever play the game of basketball. As a result, his jersey has become iconic over the years and have transformed into a symbol of his greatness. With James having played with three different teams over his 17-year NBA career, the 35-year-old has donned multiple jerseys, many of which have stood the test of time.

After the 2004 U.S. Men’s Olympic basketball team disappointed in Athens, the 2008 squad was nicknamed the “Redeem Team” and is one of the best national basketball teams ever assembled.

The United States’ 2008 Olympic jerseys may be simple in design, but the image of James representing his country and helping the team win the gold medal is enough to be on this list.

The 2008 Olympic team would end up winning gold in Beijing and beat every opponent by at least 20 points.

It was the first jersey that James ever wore in the NBA so that alone makes it iconic. James entered the league as one of the biggest sports phenoms the world has ever seen and it’s safe to say that he didn’t disappoint.

James would win Rookie of the Year in this jersey as well as bring the Cavaliers to the NBA finals in 2007. James also won two of his four MVP awards during his first stint in Cleveland.

The purple and gold of a Lakers jersey is synonymous with success and the bright lights of Los Angeles. Countless star players have donned a Lakers home uniform and although James has only played two seasons in L.A., the combination of an iconic player in an iconic jersey is too much to pass up.

While James’ first season in L.A. was a disappointment from a team perspective, the future Hall of Famer has turned things around this season and seems to be leading the Lakers back to the success the team has been known for throughout their history.

James never attended college so the only real jersey that fans can wear from before his pro days is his jersey from high school. However, James was already a nationwide celebrity by the time he was in high school and people still wear this green and gold jersey today.

James wore this jersey when dominating high school opponents as well as during his famed matchups against teams like the Carmelo Anthony-led Oak Hill Academy.

Not only has James made this jersey iconic but it likely means a lot to him as well. This is the jersey that James wore in 2012 when he won his first of three NBA titles and although it wasn’t the jersey he was wearing when he brought the title back to Cleveland, the first one is always special.

Not only that but, with James wearing No. 23 for the majority of his career, his No. 6 jersey with Miami has become unique and synonymous with the Heat’s dynasty of the early-to-mid 2010’s 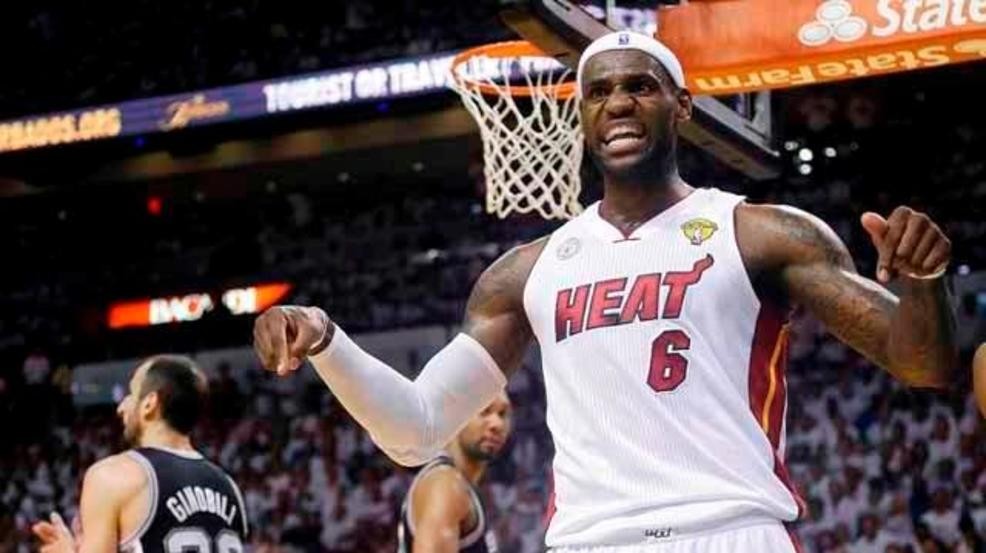