Cleveland Browns quarterback Baker Mayfield had a sensational first season, setting the rookie record for touchdown passes with 27 despite playing in only 13.5 games. His gunslinger mentality and fiery demeanor have led to comparisons to Hall of Fame Green Bay Packers QB Brett Favre, even from the legend himself. Here are five ways in which Mayfield really does resemble Favre.

Even before Mayfield was drafted, he was following in Favre’s footsteps. He and his family and friends decided to recreated Favre’s famous 1991 NFL Draft picture of the QB getting the call from the Atlanta Falcons. Mayfield didn’t receive his call from John Dorsey in the photograph, but that wasn’t the point. 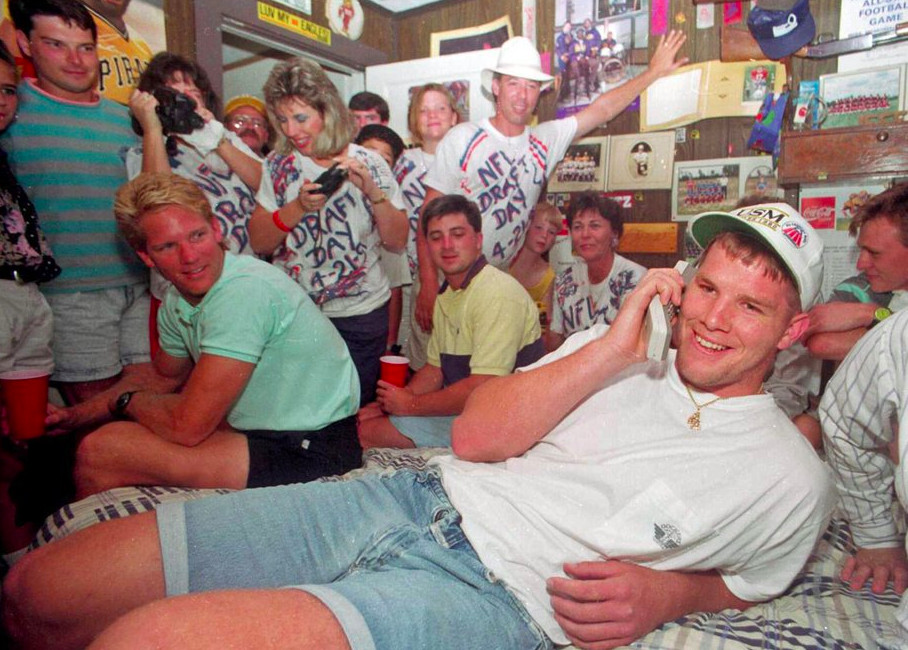 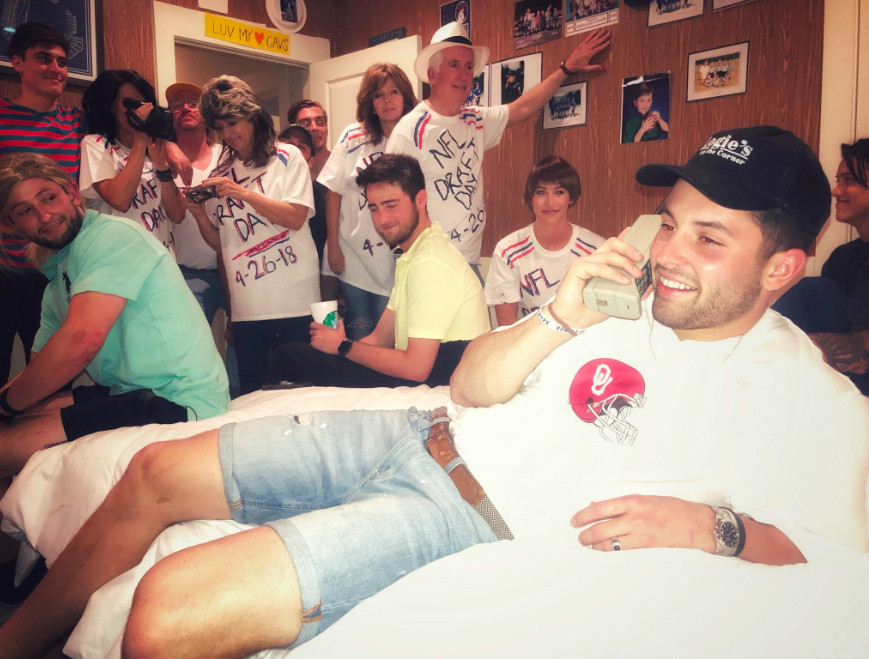 Throughout his career, Favre was known as a great leader who had confidence in his own abilities, and Mayfield is exactly the same. It seems as if every teammate of Mayfield’s who is interviewed talks about the QB’s leadership skills and how players gravitate towards him, both in the huddle and the meeting room. Mayfield is considered cocky by some, but so was Favre.

This is one area where the two signal-callers are both different and the same. Favre was a fiery competitor during his career, and so is Mayfield. But, there have been many stories over the years about how Favre treated younger players, such as Aaron Rodgers, even going so far as to call the two “enemies.”

Mayfield and Kyler Murray, his teammate at Oklahoma and now the QB of the Arizona Cardinals, still have a great relationship. You want your QB to be a competitor, but you don’t want him to alienate other players.

Favre is currently fourth all-time in passing touchdowns with 508, but he is also first in interceptions with 336, 59 more than second-place George Blanda. Favre was the definition of a gunslinger; there was never a window too small for him to at least attempt a throw, and sometimes that would result in a fantastic touchdown, and other times a devastating pick. Just take this play against the New Orleans Saints in the 2009 NFC Championship Game:

Instead of dumping the ball off underneath or running himself to put the Vikings in field-goal range, Favre forced a pass beyond the sticks and cost his team a Super Bowl berth. Mayfield threw 14 picks during his rookie season, and although he threw just 30 in four college seasons, he definitely has Favre’s gunslinger mentality.

The Browns will need to try to get him to tone that instinct down a bit, while keeping the aggressiveness that makes him such a dangerous passer.

Baker Mayfield is the next Brett Favre? [@nflthrowback]pic.twitter.com/jdM15Pl3gB

If all this isn’t enough reason to consider Mayfield similar to Favre, just watch the two play. Both are mobile and keep their eyes downfield when evading pressure. Both have very strong arms (although Mayfield’s really isn’t comparable to Favre’s cannon) and will attempt throws that most QBs wouldn’t even dream of making.

Cleveland may have to live with some mind-numbing mistakes from time to time, but if Mayfield turns out to be anything close to Favre, the Browns will be pretty happy with their choice of QB in 2018.