The 2015-16 NBA season was flush with intrigue, from Golden State’s pursuit of the greatest NBA record ever, to Kobe Bryant‘s expansive farewell tour, to many promising campaigns by the league’s up-and-coming stars.

Fans around the league cheered and believed in their teams from start to finish, but at the end of the day, only a few had legitimate title hopes. It was essentially a four-team race between the Warriors, Thunder, Spurs, and Cavs.

The lack of parity in the modern NBA is not new to the game. The Boston Celtics and Los Angeles Lakers have combined for nearly half of the league’s championships. Those same franchises won the title in eight out of the 10 seasons in the 1980s. Jordan‘s Bulls dominated the ’90s, and the Lakers and Spurs combined for 10 championships from the 1998-99 season to 2013-14.

This can be a little discouraging for fans in many markets who want to be able to at least believe their teams have a shot at winning it all. NBA commissioner Adam Silver addressed the issue during his annual pre-Finals press conference on Thursday.

Silver’s comments from the presser:

“I think we’re never going to have NFL-style parity in this league. It is the nature of this league that certain players are so good that those teams are likely almost automatic – if that player remains healthy – to become playoff teams and especially mixed with other great players.

But having said that, there are still additional things we think we can do that will further encourage strong competition throughout the league. One fantastic trend I believe we’re seeing in the league, and you saw it with the Western Conference Finals, Oklahoma City has the smallest market in the league, has the exact same ability to put together a fantastic team and create culture just like a team from the Bay Area, and just in the same way that Cleveland does with the Toronto team. And I think that was one of our goals in the last collective bargaining agreement.”

Silver is encouraged by the success stories in some of the league’s smaller markets, which is certainly helped by the game’s commercialization and the rise of social media, connecting fans everywhere to teams that aren’t necessarily close by. 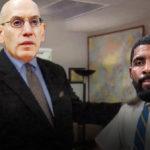 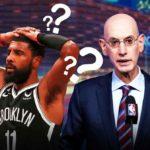 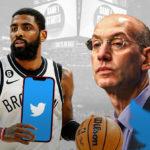 Still, it remains a natural problem for the league. This is in stark contrast to the NFL, where arguments could be made for nearly half the league having at least a shot at the Lombardi Trophy. There are favorites of course, but any team that sneaks their way into the playoffs can get hot at the right time and reach the Super Bowl.

There are positives to this model for the NBA: once you get to the later stages of the postseason, the star power is always going to be top-notch. The Conference Finals series between the Warriors and Thunder was spectacular, and these NBA Finals should be highly entertaining as well.