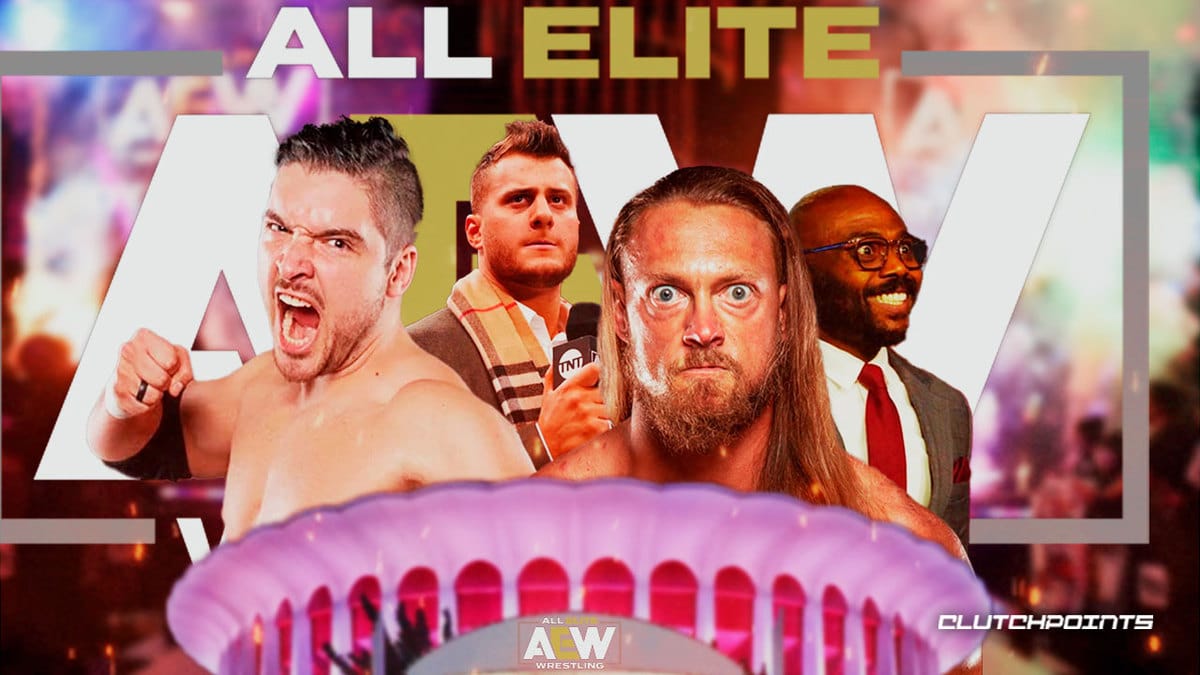 When Stokely Hathaway and a collection of masked men invaded the AEW Casino Ladder Match at All Out to secure the championship-granting poker chip for a man in a devil mask, it generated quite a bit of confusion among fans of Tony Khan’s promotion. Who was this masked man? Why were the likes of Ethan Page, W. Morrissey, Lee Moriarty, and the Gunn Clun duo of Austin and Colton looking to work under Hathaway instead of their own personal interests, and what would it mean for the promotion moving forward?

Fortunately, fans didn’t have to wait too long to find out, as MJF revealed himself to be the masked man in the final moments of the Pay-Per-View, a moment significantly overshadowed by the “Salt of the Earth’s” former foe, CM Punk, and announced that he would be challenging the winner of the AEW World Championship Tournament on the subsequent episode of Dynamite presumably at Full Gear.

Alright, with that mystery solved, one still remained: what was the deal with Stokely’s gang?

Well, fans didn’t have to wait long to find out, as MJF officially introduced the unit as “The Firm” on the go-home edition of Dynamite before Grand Slam, with the unit serving as his “faction on retainer.”

What, you may ask, is a faction on retainer? Well, Hathaway elaborated on the subject once MJF passed off the mic, and the results were interesting, to say the least.

Stokely Hathaway has a lot to say on AEW’s newest faction.

Addressing the crowd for the better part of four minutes, Hathaway ran down the crowd on everything they can expect from The Firm:

“Albany, New York,” Hathaway announced to the assembled fans. “ I know it’s not Sunday, but you’re about to hear some gospel. Some time ago, I flew from Orlando, Florida to New York City to meet my best friend, the number one contender for the AEW World Championship, Maxwell Jacob Friedman.  This man was disenfranchised and he wanted to quit AEW before I told him ‘if you quit, you’re going to give them exactly what they want and now it’s time for you to get what you want.’ So we sat down and we prayed, and we prayed, and we prayed, and we came up with a logical solution – everyone in this ring on retainer. We are MJF’s support system while we gain more opportunities for outselves. And tonight is one of the rare opportunities where you will see all of us together, because when MJF doesn’t need us, we will go our separate ways.”

Huh, interesting stuff; after forming a faction that ultimately fell apart after Wardlow forged his own path and the FTR boys decided to ditch Tully Blanchard to focus on being faces, MJF opted against throwing his hat in with another full-time commitment to instead team up with some goons for hire when needed. But why is this Hathaway’s plan? How did he go from being Jade Cargill’s manager to the leader of the most surprising faction in AEW? Well, he spoke on that matter too.

“So I’m going to admit something for the first time on television,” Hathaway informed an increasingly angsty crowd. “I’m not a publicist. I’m not a manager. And I’m d*mn sure not an assistant. Who am I? I’m a friend, just a friend, a friend who has a network of connections to make any and everything happen and some of you wish you had a friend just like me. Everything I’ve done since Double or Nothing has been a lie; it’s been a hustle, a con, all to infiltrate the system and how do I do it? You know, a little bit of this, a little bit of that. From kicking it with Britt Baker and Jamie Hayter to watching reruns of Living Single with the House of Black, there isn’t one rock that I haven’t unturned. And where I’m from, there’s a phrase, ‘the blacker the berry, the sweeter the juice.’ And on one hand, that means our love and admiration for our beautiful black queens, and on the other hand, that means that the juicier the gossip, the more power you have. And there’s nothing like good old-fashioned blackmail; that’s what makes me wake up in the morning, that is what turns me on.”

Hathaway then went through the new members of his faction one by one in order to inform the AEW Galaxy of their individual intentions.

“So let’s talk about what everyone here wants and what they’re here for,” Stokley added. “Morrissey, big deal, I know what you want, you wanna do whatever you want, and since no one here is going to say it, I appreciate you and I love you. Lee Moriarty, all praises to Allah, I told you if you trust in Him He will provide, right? I told you that. I think it’s time for this young man to become a star and also bring some honor back to the Ring of Honor Pure Championship. And the Gunns,  they are not boys, they are men, and they no longer want to walk in the shadows of their broke a– daddy. They want to become AEW Tag Team Champions and you may not take them seriously but trust me, you will. Ethan Page, my main man, I’ve known this man for over 10 years. We’ve been up and down the road together; we’ve been best friends and bitter enemies and I know exactly what you want: he wants to represent his beautiful home country of Canada and do something you couldn’t do before hanging around those knuckleheads, you want to win the All-Atlantic Championship.”

A long-winded debut? You bet; when fans start hand-modeling cans of Twisted Tea for the cameras you know the segment is going a tad long. Still, in the end, Hathaway tied it all together with a bow and a one-sentence mission statement.

“So there you have it, Ladies and Gentlemen,” Hathaway concluded. “We are The Firm, and when we are around, you only have two options: either run with us or run from us.”