Renee Paquette is preparing for AEW life with Jon Moxley After months of anticipation, Renee Paquette has finally made her debut in AEW, joining husband Jon Moxley in Tony Khan’s promotion. Though the pairing seemed like a borderline no-brainer, as WWE’s decision to fire Paquette was immediately viewed as a mistake, the interviewer/pundit/occasional commentator opted against AEW, or any other wrestling promotion for that matter, in favor of running her now-incredibly successful Oral Sessions/Sessions show – one of the go-to spots for recently-released wrestlers to spill some tea on the WWE.

Debuting in her native country of Canada, Paquette pulled double-duty on Dynamite, introducing the show to the cheers of a standing-room-only crowd before engaging in a series of interviews, first with Christian Cage, who garnered chants of “Edge is better” and then later in segments with Stokley Hathaway, Ethan Page, Matt Hardy, and Private Party and Nyla Rose, Vickie Guerrero, Marina Shafir, and Anna Jay.

Speaking on her desire to return to wrestling on her Sessions show, Paquette complemented the AEW Galaxy’s treatment of Moxley and how that brought back the itch, as transcribed by The Wrestling Observer.

“Obviously, we watch so much wrestling in this house, we talk so much wrestling in this house and it was always an odd, displaced sort of feeling anytime I went to shows with Jon because I’m always used to being at the shows but working and being useful and contributing,” Paquette said. “So, being there for the duration of Jon being at AEW and not doing that and just being there, being like Jon’s wife, I’m just hanging out, I’ll pop through catering and grab a bite. It’s just a different feeling going there as a guest as opposed to now being, oh my god yeah cool, I go here now.”

So Moxley played a role in Paquette’s return, huh? Does that mean the duo are going to start working together on-screen too? Don’t count on it.

Discussing her debut appearance in the promotion on her Sessions show, Paquette delivered a very interesting monologue on the prospects of working with Moxley on Dynamite and/or Rampage moving forward, as transcribed by Fightful.

“We’ve never spoken about it, to be completely honest, it’s not something we’ve spoken about, but the way that I look at it and feel about it, at the risk of sounding super cheesy, he has built something so special and so authentic and great with what he does,” Paquette said. “He is in such a great groove. He’s the best. What he’s been able to do within his time in AEW, the stuff he does on the Indies, the stuff he decides to do, he’s in this pocket and I never want to do anything to distract from that or get my own shit in there with what he’s doing. I don’t want to be that person who is like, ‘Me too. Don’t forget about me. That’s my husband.’ I think that’s obnoxious as all hell. If there was a thing, of course I’m not going to pretend that I’m not married to the guy or act like I don’t know him. That’s dumb. In terms of positioning myself or making an awareness, ‘That’s my husband, there’s Jon Moxley’s wife.’ I don’t think anyone needs that,” she said. “Jon has such a loner, lone wolf vibe about him, to be like, ‘the cheery happy girl is his wife,’ it’s a weird juxtaposition that I don’t know that works on camera.” 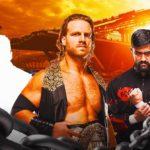 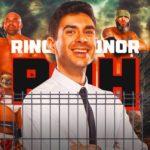 While AEW hasn’t exactly been shy about featuring couples in the ring together in the past, see Cody and Brandi Rhodes, and Sammy Guevara and Tay Melo, the prospect of forcing the duo together just to appease the fans who already know about their relationship isn’t high on Paquette’s priorities list.

“We’ve been able to coexist in the wrestling world because…how annoying would it be, say we were doing a segment together and I mess something up or I missed my cue, anything like that, Paquette said. “Then you have to talk about it. Us having our own separate roles, we never step on each other’s toes, we both have an immense amount of respect for what the other does. Those things don’t need to intertwine. It’s wrestling, if there is ever a moment that it does make sense and something like that does happen, cool. I’m not saying I’m against it, I just don’t think it’s something that ever needs to be forced or harped on.”

Is there a storyline where Moxley and Paquette could make sense as a duo? Potentially so; though Paquette isn’t a wrestler, folks like the JAS have shown a willingness to Kayfabe injure the friends and family of Chris Jericho’s in-ring opponents – see Ruby Soho – but for the time being and potentially for the entirety of their shared run in AEW, it would appear the couple are more than happy to stay in their respective lanes.

What do you get when 2 Canadians get to open the show for @aew in Toronto?!? Sorry for the @mapleleafs dig from @christian4peeps. I do NOT co-sign. @ Toronto, Ontario https://t.co/IpKtNnrJsq 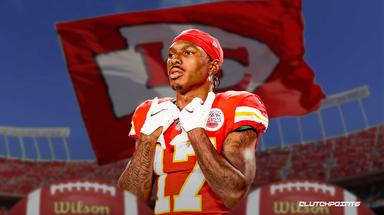