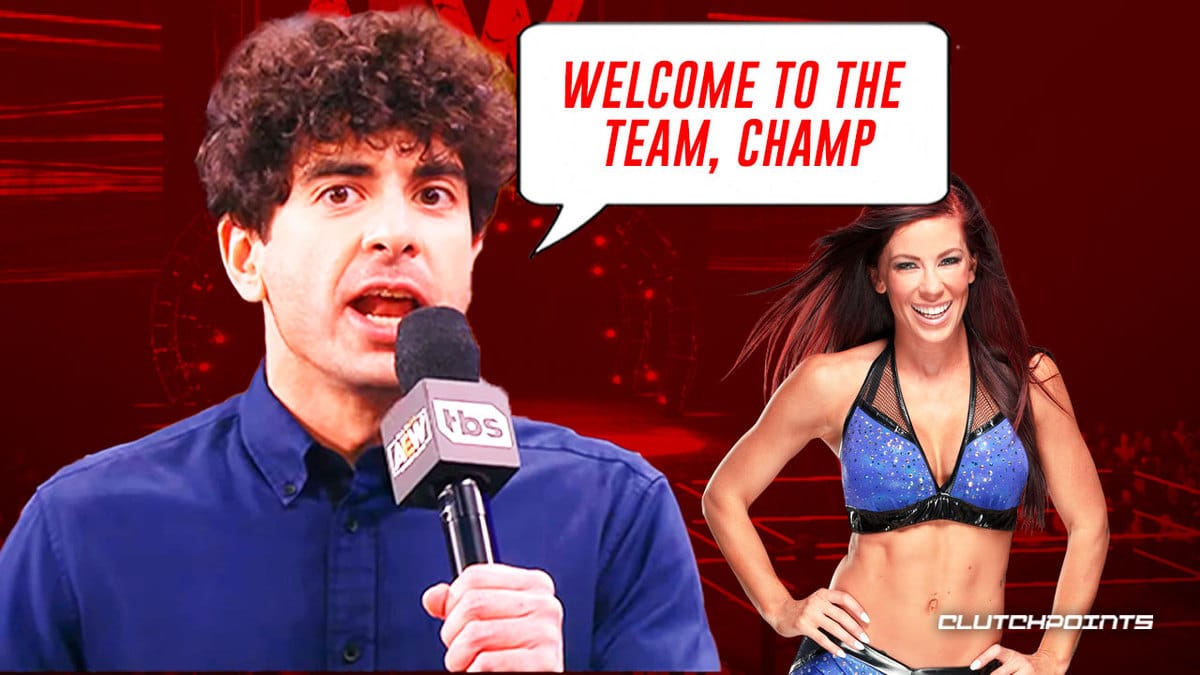 On Wednesday afternoon, mere hours before AEW Dynamite hit the tubes from Columbus, Ohio, Tony Khan and company announced a slew of new back-of-house changes coming to the promotion, with QT Marshall, Sanjay Dutt, Tony Schiavone, and Pat Buck all elevated to new positions – Vice President of Show and Creative Coordination, Vice President of Production and Creative Coordination, Senior Producer and Special Advisor to Talent, and Vice President of Talent Development respectively – in addition to the hiring of Madison Rayne as a coach in the women’s division.

Now, if that last name sounds a little familiar to you, there’s a good reason for it; Rayne is a long-time veteran of TNA/Impact wrestling with 15 years of in-ring experience and 15 championship reigns on her resume. She was a part of The Beautiful People with Angelina Love and Velvet Sky, most recently part of The Influence with Tenille Dashwood and Kris Statlander’s shoot boyfriend Kaleb with a K, and is the real-life wife of once and future Impact commentator Josh Matthews.

Yup, it’s officially official, as you can read below from AEW’s official announcement.

Madison Rayne (Ashley Nichole Lomberger) will join AEW as a coach in the women’s division, and kick-off her new role tonight in her hometown of Columbus, Ohio. Madison has competed in numerous professional wrestling promotions where she has held multiple championship titles, including 5-time Women’s World Champion. She has more than 15 years of experience in professional wrestling and is also a proud mom to a daughter.

After reportedly being in conversation with another Impact talent, Maria Kanellis-Bennett, about helping with Ring of Honor’s women’s division, Khan has secured his promotion an experienced assistant to help map out future matches, keep storylines in order, and ultimately elevate its performers to new heights. Here’s what TK had to say on Rayne’s addition to the extended AEW family via an appearance on Busted Open Radio as dictated by DraVen on Twitter.

“She’s going to be great for the team. Everyone’s excited to have Madison Rayne as part of AEW. I’m not saying she wouldn’t wrestle anymore, we’re open to it. We have other people in the office who do wrestle as part of their schedule, so I’m open to it.”

So that’s the end of the story, right? Rayne will be a part of the AEW Galaxy a la Dutt, Christopher Daniels, and Buck, and while she’ll occasionally make her way onto television for one reason or another, it’ll be more as a backstage talent rather than one who competes in the ring.

No, not necessarily; as rumor has it, Rayne’s first week in the company is going to feature much more wrestling than some might have initially expected.

AEW just confirmed that Madison Rayne will wrestle for the company. #AEWDynamite pic.twitter.com/udOp8O5rNL

Madison Rayne is going to work for AEW in more ways than one.

Madison Rayne is about as well-tenured a performer as there is in women’s wrestling. She’s taken part in over 600 matches, including her presumably final match in Impact, where she did the job to Keith Lee’s wife Mia Yim and has either called or helped to set up even more matches via her out-of-ring roles under Scott D’Amore. If ever there was a woman’s performer who can still go but also wants to impart her knowledge onto others – a Dustin Rhodes of the women’s division, if you will – it would be Rayne, as she has quite literally seen and done it all.

With that being said, Rayne was just a champion in Impact *checks note* in July of 2022 via a 106-day tenure with Impact Knockouts Tag Team Championship belts with Madcap Moss’ maybe shoot girlfriend Tenille Dashwood. They won the belts off of The IInspiration-al duo of Cassie Lee and Jessie McKay, and defended them on three more occasions against the likes of Decay, The IInspiration, Savannah Evans/Tasha Steelz, and Alisha Edwards/Gisele Shaw, before dropping the straps to the duo of Rosemary and Taya Valkarie in the latter’s first tag team match back in the promotion.

So, it shouldn’t come as much of a surprise that Rayne is reportedly going to be back in the ring within a week of her arrival in the promotion, with Rayne reportedly booked to wrestle Leila Grey in a future Rampage match and set to feud with Jade Cargill and Stokley Carmichael according to Mike Johnson of PW Torch via social media user SoDuTw. This reporting was backed up by 411 Mania via PWInsider, who disclosed that, after calling a match with Hikaru Shida with Emi Sakura during Dark Elevation, was confronted by the current TBS Champion and her current manager, with a match between the two parties being teased for a future date.

You have to give it to Madison Rayne, she apparently knows how to make a big-time impression.