For some in the hobby, the thought of having a massive personality like Allen Iverson be involved with NBA cards and sneakers is a dream come true. These two kinds of merch are surely enticing and a worthy addition to any collection. This time, though, Panini and Reebok are making this dream a reality with a collab that will gain the attention of The Answer’s fans, and collectors in general.

In a post on their official website, Panini has announced that they’re working on a collaboration with Reebok to release special Prizm NBA cards of the Philadelphia 76ers’ legend. At the same time, this partnership will also help promote Iverson’s special edition The Question basketball shoes from Reebok. It should be remembered that this pair is what Iverson wore during his first few years in the NBA.

According to Panini, the NBA cards offered here will use the company’s signature Prizm look, making it more enticing for collectors. Hobbyists can also chase autographed and memorabilia cards from this limited edition set. Meanwhile, the shoe will incorporate Prizm-related design features in its variations, which include the Question Low Rookie Signature Prizm and Question Mid Black Pulsar Prizm.

Jason Howarth, Panini’s Vice President of Marketing said that this collaboration has been a long time coming. He adds that the Prizm brand has launched sports cards into the global mainstream, similar to how the Sizers’ star has reached beyond basketball itself. Howarth also mentions that bringing these two iconic brands together will be fun for those who will engage in this collaboration. 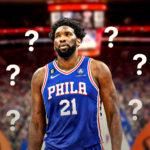 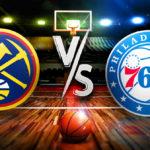 NBA card collectors and sneaker aficionados will certainly have a lot to look forward to when this Panini and Reebok collaboration drops soon as its scheduled release on November 4 will come soon. In any case, this is one product fans of Allen Iverson and the Philadelphia 76ers shouldn’t miss.