NFL comes down hard on Cassius Marsh with outrageous penalty

Cassius Marsh of the Chicago Bears has been fined for his controversial taunting call against the Pittsburgh Steelers on Monday night.

The league told Marsh on Friday that he’s being fined $5,972 for unsportsmanlike conduct.

Marsh made a sack on Ben Roethlisberger that would have secured the Bears’ win, but instead, it gave the Steelers a first down and allowed them to score and win the game.

The fine letter references Section 3, Article 1 (c) of the NFL rulebook, “using baiting or taunting acts or words that may engender ill will between teams.”

Cassius Marsh says that he is going to appeal this fine in hopes of getting it reversed.

The referee threw his flag after Marsh did his usual karate kick celebration. Marsh then strutted towards the Steelers bench. This was enough for the referee to call a taunting flag. This ended up giving the Steelers a first down in a game which they ended up winning, 29-27. It was truly a call that made the Bears lose the game. 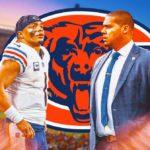 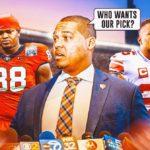 Taunting flags have been cracked down on all season long. The referees of the NFL are trying their hardest to emphasize not to do this. Entering week 9, officials have thrown 35 flags for taunting in 136 games.

It was obvious that what Marshall did should not have resulted in a flag. Even worse, it shouldn’t be a fine. The Bears linebacker, who is on the practice squad before this game, will try to appeal so he doesn’t have to pay the money.