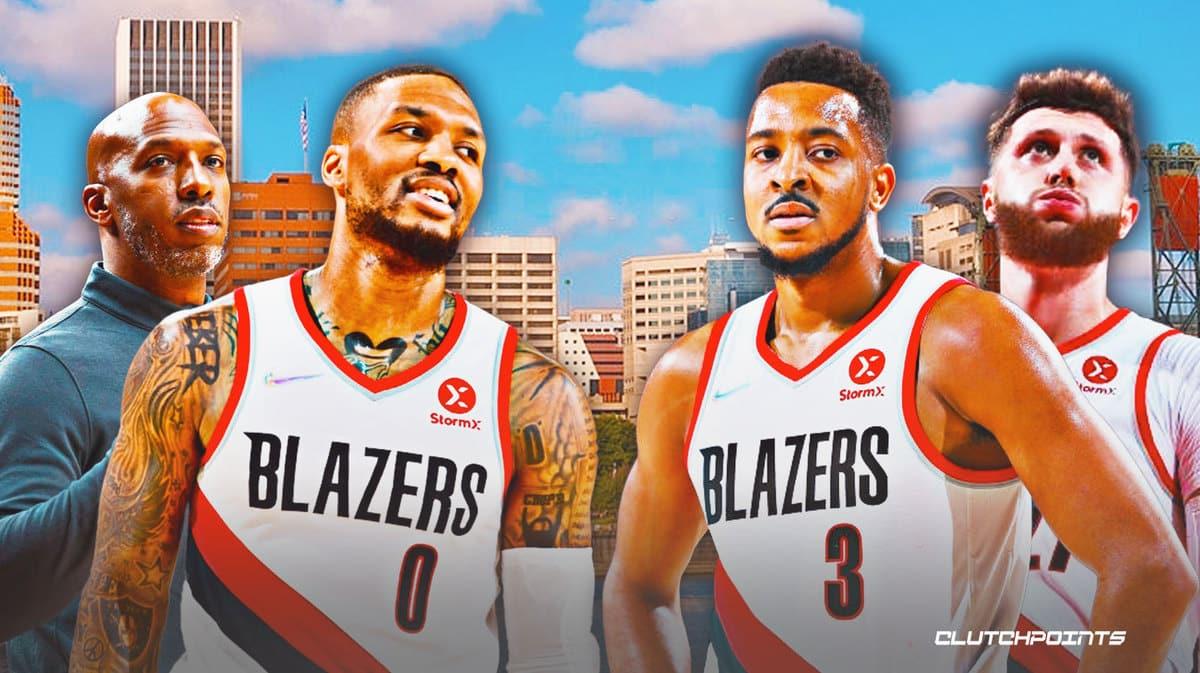 The move the Portland Trail Blazers are more likely to make than any other at the trade deadline won’t address their most obvious, big-picture need. But shedding just over $3 million worth of salary by February 10th to duck the luxury tax and receive part of the most lucrative distribution from taxpaying teams in league history could still help chart Portland’s best path forward while making billionaire owner Jody Allen some extra cash.

Irrespective of a cost-cutting deal like trading Robert Covington for a barely protected future first-round pick or a pair of second-rounders, the Blazers’ most pressing and pertinent need is to finally hit the roster reset button. Their most efficient means of doing so? Finding a trade partner for C.J. McCollum or Jusuf Nurkic as the deadline comes and goes.

Ignore what Joe Cronin apparently told Jusuf Nurkic shortly after being named interim general manager about his plans to retool around the Blazers’ incumbent core.

It’s been clear from the beginning of his tenure atop the front office that Cronin doesn’t have the personal affinity for the Damian Lillard-McCollum-Nurkic triumvirate that made Neil Olshey so stubbornly double down on the status quo. He even indirectly refuted his predecessor’s infamous quip about the Blazers’ first-round playoff exit and second-to-last-ranked defense a season ago not being a product of personnel, insisting during his introductory press conference that this roster had reached its peak.

Lillard isn’t going anywhere. He’s fully committed to the Blazers while rehabbing from abdominal surgery, and there have been no murmurs whatsoever about the front office considering a full-scale rebuild that would require moving Lillard against his wishes. Portland’s long-term hopes of contention might be better off going that route, but the prospect of trading Lillard and starting almost completely anew won’t be revisited until this time next year or the summer of 2023 at the earliest.

Whether the Blazers face that decision will depend most on what they do with McCollum and Nurkic from now until free agency.

Anfernee Simons has suddenly become the future and present in Rip City. Keeping McCollum around to take more minutes, touches and shots from Simons as the latter is already poised to share a backcourt with Lillard going forward would be foolish, even if doing so wouldn’t spark inevitable cap concerns. With Simons due some $20 million annually as a restricted free agent in July, the Blazers would go into next season with nearly 90 percent of the $119 million salary cap committed to just he, Lillard, McCollum and Norman Powell.

That’s an untenable use of resources for any franchise, but especially one that has no interest in paying the luxury tax unless it’s contending for a title. Needless to say, we know Portland’s ceiling. McCollum is playing on a borderline negative-value contract, but it’s imperative the Blazers swallow hard and trade him before 2022-23 tips off no matter the quality of their return.

The two seasons and $69 million left on McCollum’s current deal make him more difficult to trade at the deadline than Nurkic, who like Covington is playing on a $12 million expiring contract this season. But Nurkic’s position and lagging two-way versatility present even more issues in a vacuum than McCollum’s, and it’s tough to pinpoint the team that would give up a meaningful asset to acquire the Bosnian Beast now as a lukewarm market at best awaits him in free agency.

Either way, bringing in a more dynamic starting center who provides additional defensive flexibility and has the athletic oomph to crush lobs in pick-and-roll or shooting touch to bend defenses from beyond the arc should be among Portland’s top priorities.

Nurkic has been the Blazers’ defensive bellwether again this season, making a major impact despite an aggressive scheme that’s not best suited for his tools. He deserves credit for capably soaking up usage as a low-block hub of scoring and playmaking with Lillard and other Portland regulars recently sidelined, too. Perhaps Nurkic’s impressive box-score numbers of late—ignore the below league-average efficiency!—even make him more attractive trade bait.

The Blazers can’t be seduced by their own valuations of McCollum and Nurkic nor dreams of making noise in the play-in tournament come if Lillard ultimately returns this season. As currrently constructed, their road back to the Western Conference Finals is a dead end.

McCollum and Nurkic don’t come close to bearing sole responsibility for that increasingly evident reality. But the trade deadline marks a pointed confluence of opportunity and necessity that Cronin and company can’t afford to waste as Portland prepares to build another hopeful contender around Lillard before he ages out of his prime.