Buffalo Bills quarterback Josh Allen has shown flashes of promise in the 2018 NFL season. Pro Football Focus found that he is at his best when he is on the run.

Allen has done a stellar job of showcasing his athleticism. He earned a favorable grading from PFF when it comes to making plays outside of the pocket:

Josh Allen has been able to find big plays downfield from outside the pocket. pic.twitter.com/hdoYgZtWAF

This is certainly an encouraging statistic for Allen. There is no question that his ability to create plays with his legs has taken the league by surprise thus far. He has done most of his damage on the ground with 506 yards and six touchdowns on 75 carries.

Unfortunately, it has not been supplemented by a strong passing game. He has thrown for 1,633 yards, six touchdowns, and nine interceptions. As a result, he is still largely one-dimensional.

This is never an encouraging sign for a potential franchise quarterback. Buffalo made quite the investment to move up and select Allen with the seventh overall pick in the 2018 NFL Draft. It is no secret that he is still far from a finished product. Fortunately, it appears that Buffalo has something to build on. 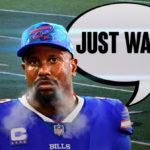 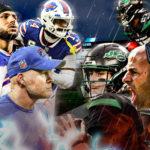 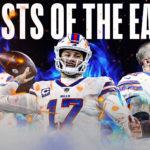 Allen’s athleticism allows him to avoid sacks and extend plays. More often than not, he reverts to running the ball rather than throwing it. However, his grading from PFF indicates that he should take more shots downfield when he is on the run.

It is clear that the New England Patriots have taken notice of his talents after he earned high praise from head coach Bill Belichick earlier this week.