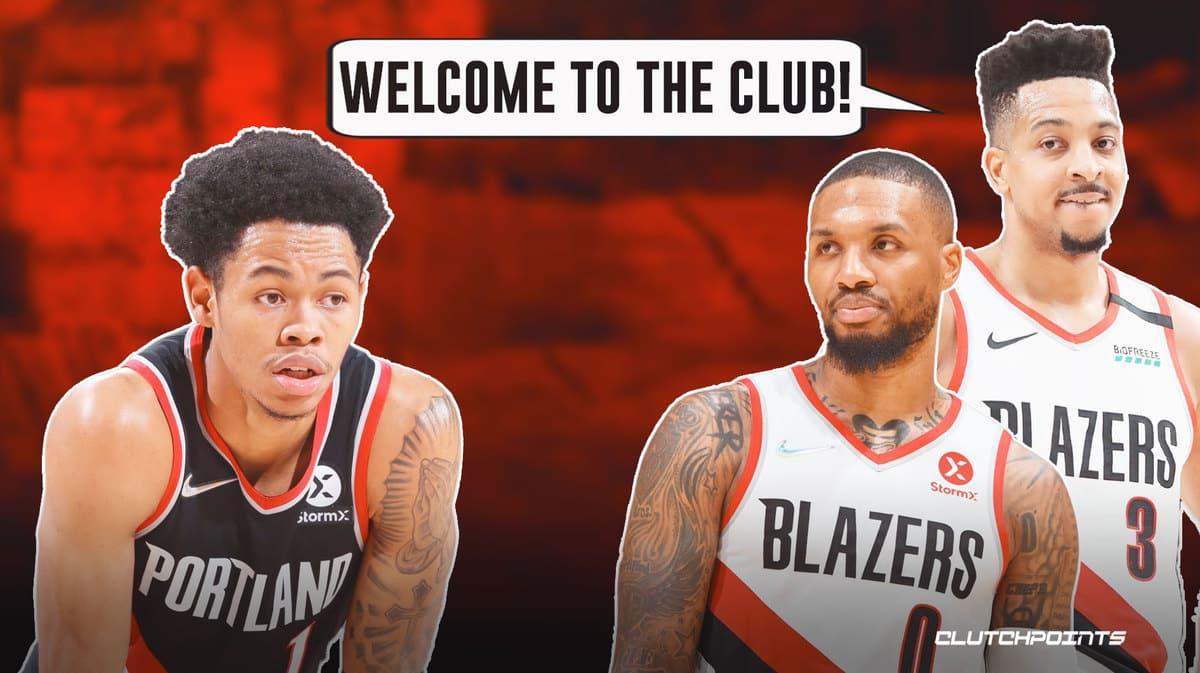 When Damian Lillard was announced to be out for a significant portion of the season, Portland Trail Blazers fans looked to Anfernee Simons. The young guard would need to step up big time for the team without their lead guard. He had some big shoes to fill, but they needed to be filled for them to be competitive.

After his latest string of performances, it’s fair to say that he’s doing a great job replacing their main star. In the Blazers’ matchup against the Houston Rockets, Anfernee Simons joined Lillard and CJ McCollum as the only guards in franchise history to hit four threes in six consecutive games. (via Jay Allen)

.@AnferneeSimons joins Damian Lillard and CJ McCollum as the only players in @trailblazers franchise history to hit at least four three-pointers in six consecutive games. #RipCity

Simons would be drafted in 2018 by the Blazers late in the first round. At the time, he was considered a huge project, since he just came out of high school. It was a risky pick at the time, but it turned out well for both parties. He was filling in nicely as a backup to the star backcourt of Dame and McCollum, but an abdominal injury to Lillard thrust him to the spotlight.

It’s worked out pretty damn well for the Blazers so far. Simons has been averaging career-highs this season, proving he can translate his production even when he’s starting games. His performances have kept Portland afloat despite Lillard’s absence.

Of course, Portland would be much happier if Dame Time returns sooner rather than later. However, they can at least count on Anfernee Simons to fill in the gaps while their superstar recovers from his surgery.