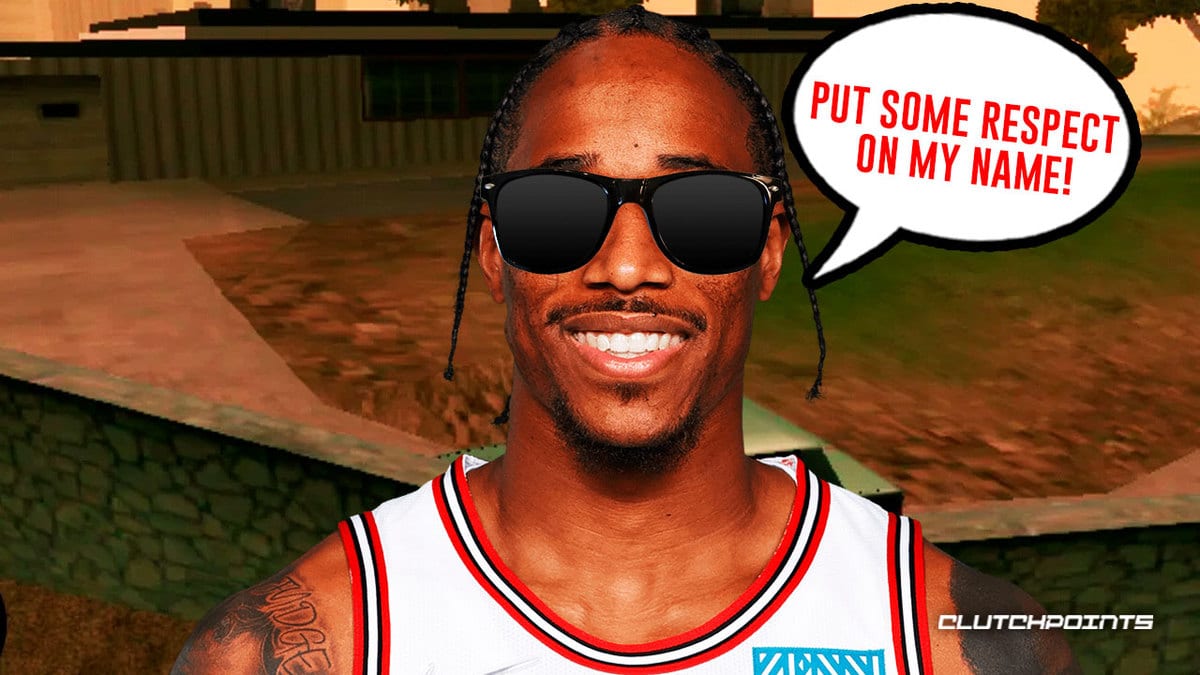 Put some respect on DeMar DeRozan’s name. The Chicago Bulls star turned in the best season of his career in his inaugural campaign in the Windy City, averaging 27.9 points. 5.2 rebounds, and 4.9 assists while shooting a clean 50.2% from the field and a solid 35.2% from deep. DeRozan famously made his mark with the Bulls with a plethora of clutch shots, turning around his reputation in the past with the Toronto Raptors and San Antonio Spurs as someone who shrinks at the end of games.

But DeRozan clearly hasn’t won over everybody just yet.

Bleacher Report writer Andy Bailey recently wrote about who he thought the “NBA’s Most Overrated Players of the Last 10 Years” were, and DeRozan, the five-time All-Star, was a polarizing inclusion. This prompted a hilarious response from DeRozan on Twitter (DeMar_DeRozan), who used a well-known GTA San Andreas meme to convey his feelings: “Ah s***, here we go again.”

DeRozan is so used to being called overrated that such a reaction is both sad, yet a bit funny at the same time. Sure, the time frame used for the Bleacher Report piece was 10 years, but it’s difficult to believe that there were no other candidates to put on that list other than DeRozan.

DeMar DeRozan helped establish the Raptors, alongside best friend Kyle Lowry, as a consistent playoff threat, even if that meant running into the buzzsaw that was LeBron James every single time. And he surely ended his Raptors stint as one of their greatest players, finishing as the Raptors’ all-time scoring leader, even if he was a worthy sacrifice in acquiring Kawhi Leonard, who gave Toronto their first NBA championship.

DeRozan has averaged over 20 points per game in nine straight seasons despite his well-documented struggles from three, all the while the three-point revolution is taking place. His ability to remain as a solid, if short of elite, contributor despite his limitations is a testament to his ability to zig while everybody else is zagging, and DeRozan deserves all his flowers for aging like fine wine.

The Bulls will hope that DeMar DeRozan carries over his season-long hot stretch into the upcoming season and leads Chicago to a deep playoff run.