‘I copied much of it’: Joey Votto drops Albert Pujols admission that Cardinals icon will love 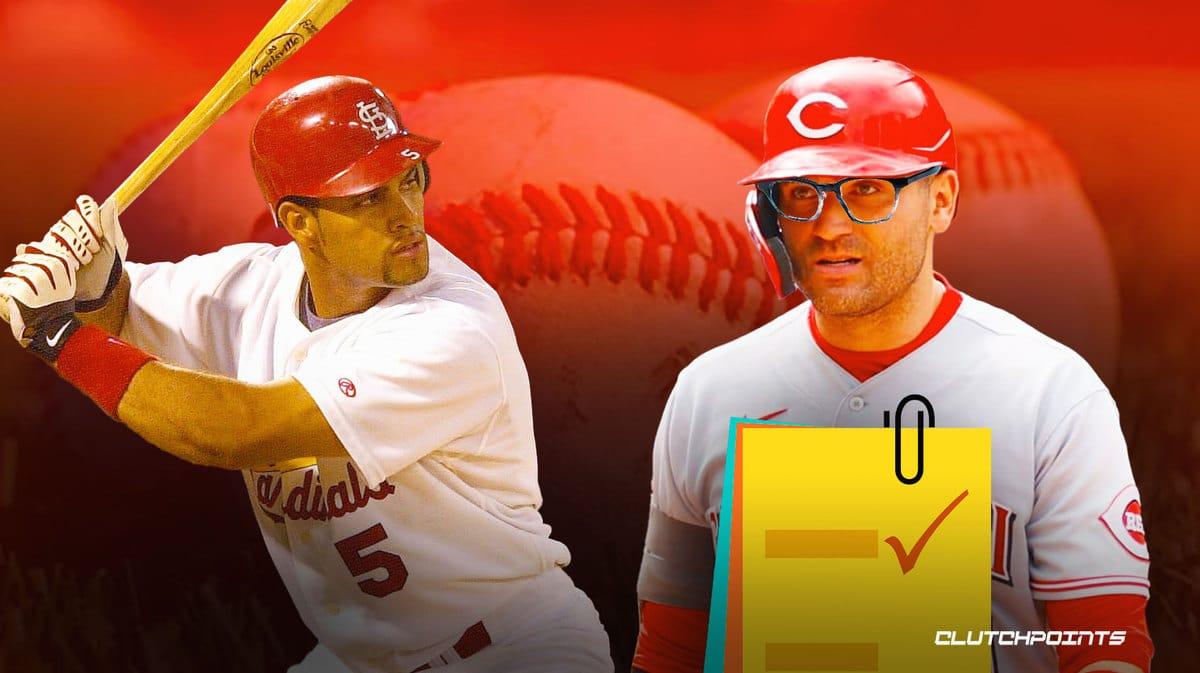 Albert Pujols, who is currently on a tear with the St. Louis Cardinals as he approaches retirement, has been one of the most impactful baseball players in the 21st century.  People say that imitation is the sincerest form of flattery; well in that case, Cincinnati Reds’ Joey Votto might have shown Pujols the ultimate form of love.

Back when Votto was still on the up-and-up in the Reds system, he tried to pattern his hitting style with that of Pujols’.

“I was in Double-A, I had a teammate, he was a Venezuelan player, and he used to call me ‘Joey-Joey Pujols’,” Votto recalled in an interview with Bally Sports Midwest.

Pujols, who was one of the most consistently stellar performers in the early 2000s with the Cardinals, impressed young Votto with his batting acumen.

“I was always very very fond of Pujols’ skill and style,” Votto added. “My stance, I used to emulate him, not exactly, but pretty darn close. I loved the way [he held the bat], I loved his technique, I copied much of it.”

But as a left-handed hitter, Votto could only imitate so much of what made Pujols special.

“As a left-handed hitter, it’s hard to replicate a right-handed hitter’s bat path, but I tried to, and I found that I played excellently that year,” Votto said.

Joey Votto says he tried to emulate Albert Pujols as a young player: "As a left-handed hitter, it's hard to replicate a right-handed hitter's bat path, but I tried to."#STLCardspic.twitter.com/OoXGuGBsm5

If there’s anyone for Joe Votto to pattern his game from, it’s Albert Pujols and no one can say it hasn’t worked for the Reds’ veteran first baseman. Votto has always been an on-base machine (.412 lifetime OBP), and his 342 career homeruns and 1106 runs batted in–while paling in comparison to Pujols’ 694 HR and 2190 RBI–are nothing to scoff at.

“He had a large impact on the very beginning of my career, for sure,” Votto mused.