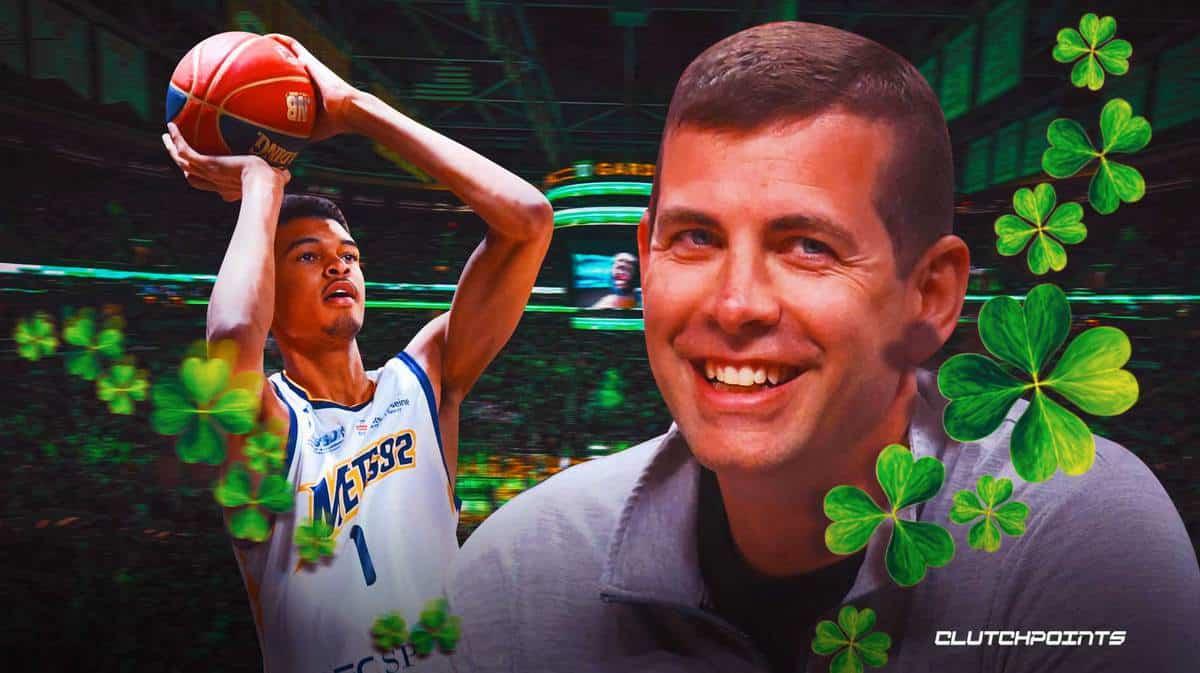 In the NBA, there is no such thing as a way-too-early plan. NBA front offices always need to be on their toes, ready to sniff out and give opportunities to players who fit their system, culture, and, who knows, maybe turn the franchise’s fortunes around. And despite coming up short in the 2022 NBA Finals to the Golden State Warriors in six games, Boston Celtics President of Basketball Operations Brad Stevens knows that as early as now, they should be planning for their future, especially in a league with increased superstar discontent.

Always on the lookout for the league’s next biggest thing, Brad Stevens was spotted in attendance for a scrimmage in Europe featuring the projected number one overall pick in the 2023 NBA Draft, Victor Wembanyama, via a vlog by French journalist/commentator, Lukas Nicot.

“A lot of our staff will start paying attention, at least, to videos, and what’s online and everything else as early as the middle of high school years, and here obviously, you got some 15, 16, 17 year-olds that are pros in this area of the world,” Stevens said when asked about why he was in town.

Wembanyama is no ordinary prospect. At a towering 7-foot-4, the most bullish scouts say that he can be as impactful as three-time Defensive Player of the Year Rudy Gobert and as skillful offensively as 2014 NBA MVP Kevin Durant, and Wembanyama even sees some Giannis Antetokounmpo in his game.

“But the closest [to my game], if I got to pick two, I’d say Giannis and KD. Those are my two favorite players. […] Rudy Gobert in defense. I wanna be the best ever in some field,” Wembanyama told ESPN back in August.

Those are some lofty expectations, but Wembanyama’s blend of confidence and skill at the tender age of 18 will make NBA executives like Brad Stevens drool over his potential.

“We’re paying attention ’cause you have to always be ready for not only what’s coming your way this year, but 10 years from now,” Stevens added.

Brad Stevens and the Celtics will find it difficult to land Wembanyama in the near future, as they are up there with the best of them in terms of serious title contention. But as Stevens said, they have to be ready for whatever happens in the next decade, and thus it’s never too early to plant some seeds of connection between the Celtics franchise and Wembanyama.