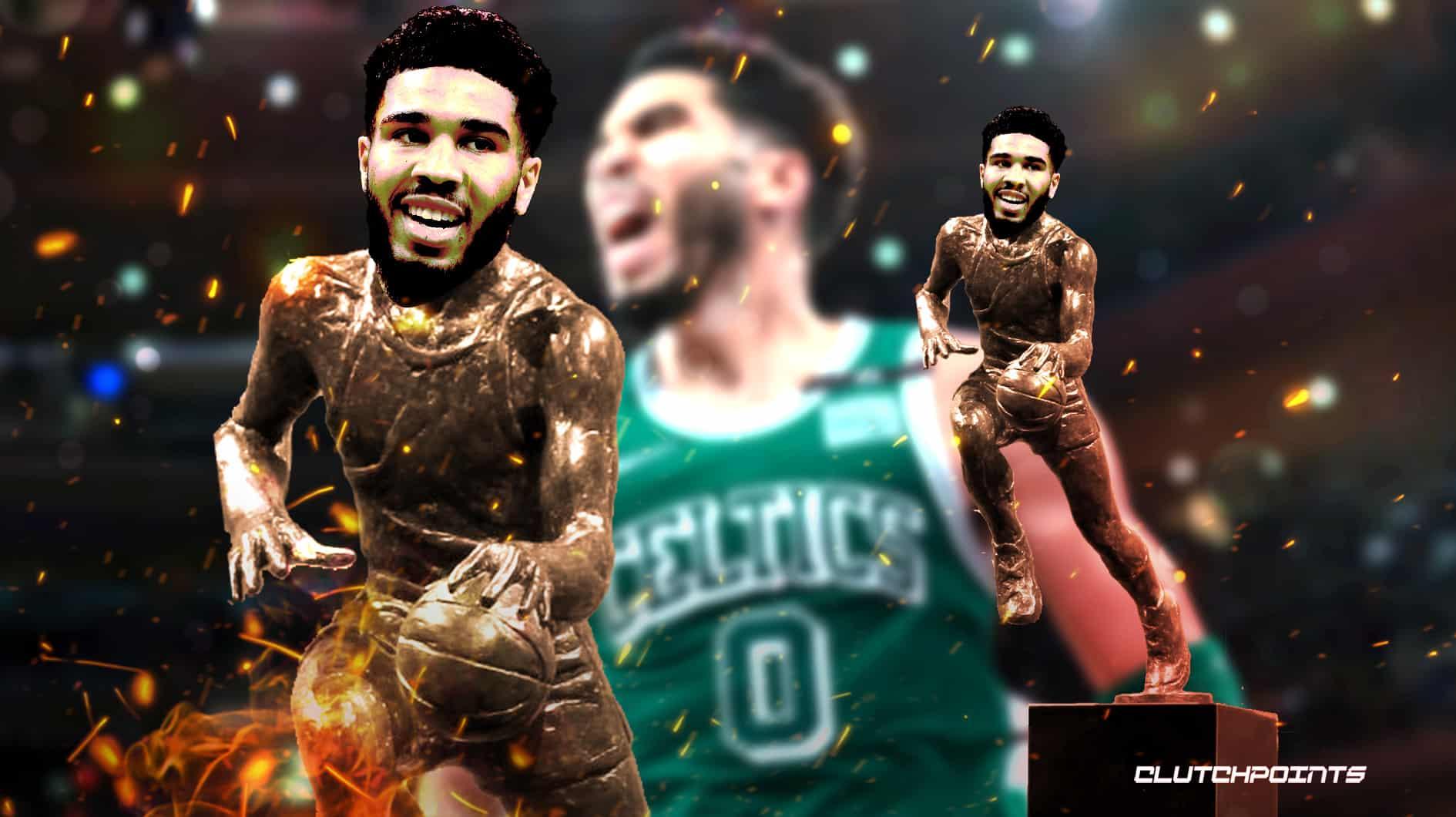 Even Jayson Tatum’s harshest critics have to admit that the Boston Celtics small forward is a serious candidate for the MVP award this season. Not that it matters at all to JT.

After the Celtics managed to outlast the feisty Oklahoma City Thunder on Monday, Tatum was asked about the possibility of winning the prestigious plum. He made it very clear where his priorities are.

“It’s always been a dream of mine. It’s like an honor to even be mentioned or thought of, the idea of me winning MVP. But it was not like a goal of mine coming into the season,” said Jayson Tatum.

“I wanted to play at an MVP level meaning playing great basketball, being efficient, and being on one of the best teams,” he continued.

That’s exactly what an MVP is supposed to say. Tatum may not be publicly pursuing the award, but his play is doing all the talking for him. Through 14 games played, he’s averaging a cool 32-7-4 on 49.1 percent shooting from the field. More importantly in a season where seemingly half a dozen superstars are playing well enough for consideration, his Celtics own the league’s best record through mid-November and are considered a serious favorite to get back to the NBA Finals.

That last part is all that matters to Tatum, who asserted that the thought of raising the trophy has hardly crossed his mind.

‘I’m capable of anything’: Celtics star Jaylen Brown sounds off on 36-point explosion with Jayson Tatum out injured

1 Celtics player who must be traded soon

“My goal, and I’ve said it all summer, preseason, was to get back to the Finals and not have that feeling again,” Jayson Tatum continued. “I didn’t say one time this summer that I wanted to win MVP.”

"It's always been a dream of mine"

If he continues to play at this pace and the Celtics maintain their lead on the rest of the league, it’ll be hard for voters to keep Jayson Tatum of their MVP ballots.