The Los Angeles Clippers are on the lookout for a new head coach.

After abruptly firing Doc Rivers on Monday afternoon, the Clippers have a few favorites in mind for their new head coaching gig. According to Adrian Wojnarowski of ESPN, Clippers assistant coach Tyronn Lue and former NBA head coach Jeff Van Gundy are the top candidates.

Doc Rivers had two years left on his contract, sources tell ESPN. This is a challenging coaching search for Clippers, who are the ultimate win-now team. Among top candidates in the marketplace: Clippers assistant Ty Lue and former Rockets and Knicks coach Jeff Van Gundy. https://t.co/Ov02RYNbK9

Lue was brought back to the Clippers last offseason after spending three years as the Cleveland Cavaliers’ head coach. Lue previously won an NBA title during his first season in Cleveland after replacing David Blatt midway through the 2015-16 season. He holds 128-83 record (.607) and has three NBA Finals appearances to his resume.

The 43-year-old Lue was also an assistant to Rivers’ Clippers staff during the 2013-14 season.

On the other end of the spectrum is Van Gundy. The current NBA on ABC analyst was one of the top head coaches during his run in the 90’s and the 2000’s, coaching the New York Knicks for seven seasons and the Houston Rockets for four seasons. Van Gundy led the Knicks to the 1999 NBA Finals and has led his teams to the postseason in every full year of his coaching career.

He also has experience coaching teams with stars and championship expectations, with Patrick Ewing, Allan Houston, Latrell Sprewell, Yao Ming and Tracy McGrady having played under the 58-year-old head coach. 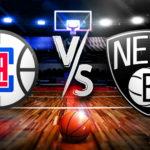 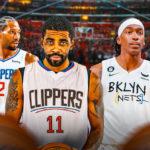 However, Van Gundy hasn’t coached since the 2006-07 season and has worked as a commentator ever since.

The Clippers relieved Rivers of his duties after seven seasons with the franchise. The team entered with expectations they’d win the title, but failed to do so after blowing a 3-1 series to the Denver Nuggets in the semifinals of the playoffs.

The new Clippers coach will not only be tasked with the expectation of winning a title immediately, but handling stars Kawhi Leonard and Paul George.