PFF stats share how dominant Cowboys Byron Jones was in 2018

Pro-Football Focus breaks down the individual impact of players to show how good they really are within the context of their position and team. For the Dallas Cowboys, cornerback Byron Jones proved himself to be a lockdown corner. His ability to guard man-to-man against top wide-receivers was showcased every Sunday.

Per PFF, Jones had a coverage grade of 83.3 percent. Only 53.6 percent of passes thrown to his man were caught. He caused 10 pass breakups and allowed zero touchdown passes to occur in his time. These are statistics from an elite corner, even though he isn’t much of a ball-hawk.

The season may be over now for Byron Jones – but he still had a remarkable year in coverage pic.twitter.com/NrcwwoMEyg

Jones is a fourth-year veteran out of Connecticut. He was drafted 27th overall by the team back in 2014. He’s been a Day One starter in the secondary from the getgo. He mostly played free safety the past few years within their defensive scheme, however this past season he was given the opportunity to be a full-time cornerback. 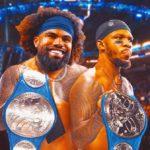 This worked out like a charm for the Cowboys. Although Jones doesn’t get many open field interceptions, he’s excellent at stick to his man like glue and not allowing passes to get through. Through 16 games, Jones had 14 pass deflections and 67 tackles with also two tackles for a loss. He’s a central part of their defensive back core and will likely stick at corner moving forward.

The Cowboys went 10-6 on the season and won the NFC East Division. They had just lost to the Los Angeles Rams by a score of 30-22 to end their playoff hopes for this season.