The 2020 NFL season has been in question for the majority of the offseason due to the COVID-19 pandemic. But now it appears that everything has been agreed upon between the league and the NFLPA, which means the season will move forward. Among the things to watch this season is the start of a new era for the Raiders’ franchise in Las Vegas.

Jon Gruden and company are hoping for a big step forward in their rebuilding process. It has been a rough few years, but they have been building the right way. Mike Mayock and Gruden have focused on adding young pieces through the NFL Draft and making safe signings in free agency, which has paid off over the last couple of years.

Last season, the Raiders finished with a 7-9 record and were in contention for a Wild Card spot for the majority of the year. They saw quite a few players step up and put together good seasons. One of those players was tight end Darren Waller, who became a star at his position in 2019.

Waller went from being an unknown to a household name for Fantasy Football players. He was one of the most productive and dangerous weapons at the tight end position. Heading into the 2020 season, Waller is going to be highly coveted in Fantasy Football circles.

Las Vegas still has Derek Carr at quarterback, which will bother some Fantasy Football players. However, Carr was one of the top up-and-coming talents at quarterback just a couple short years ago and is due for a rebound.

All of that being said, let’s take a deeper look at Darren Waller and what Fantasy Football players should expect from him this season.

During the 2019 season with the Raiders, Waller ended up catching 90 passes for 1,145 yards and three touchdowns. The touchdown number is a bit low, but the other numbers are insanely impressive for a tight end.

For those who are more interested in Fantasy Football points than overall statistics, Darren Waller ended up scoring 221 points. Having that kind of production at the tight end position can power a team to a championship. He has forced his way into the conversation of being a top-three Fantasy Football tight end.

While the numbers were impressive for Waller in 2019, there are some who are worried about his ability to keep them up. Let’s take a look at what Fantasy Football players should be expecting from the Raiders’ star tight end this season.

The Raiders’ offense could be a major boon for how Waller could end up replicating his success from 2019.

This offseason, Las Vegas went out and made a major addition to their offense in the 2020 NFL Draft. Henry Ruggs III, the speedy star wide receiver out of Alabama, was drafted by the Raiders with the No. 12 overall pick. He will end up forming a lethal duo with Tyrell Williams, who showed some major flashes during his first season with the Raiders last year.

Waller may lose some of his targets due to the addition of such an impact wideout. But, he is still a big target and consistent with his route-running and catching ability. Carr is still going to target him in bunches this season.

It would be reasonable to expect Waller to catch around 85 passes for 1,000 yards. His touchdown numbers should rise a bit as well to around five or six. Waller may not end up being the top producing tight end in the NFL, but he is definitely worth taking fairly early in a Fantasy Football draft. 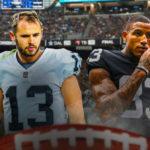 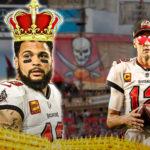 Figuring out where Darren Waller ranks among active NFL tight ends is a difficult task. There are quite a few tight ends who are battling for the top five spots in the NFL.

At this point in time, both George Kittle and Travis Kelce figure to be the top two tight ends in the league. Behind them, Waller, Zach Ertz, Mark Andrews, Austin Hooper, and perhaps even Rob Gronkowski are the names to watch. Right now, Waller deserves to be ranked as the No. 3 tight end for Fantasy Football purposes in 2020.

Waller fits perfectly into the Raiders’ offensive game plan. Racking up 90 receptions as a tight end is an impressive feat. Las Vegas will continue going to him consistently and Waller should come close to his numbers from last season, if not surpass them.

With another big season, the Raiders are going to see Waller enter the “superstar” category. Very few tight ends have the kind of impact on a game that Darren Waller has and Fantasy Football players would be wise to take a look at him in the first few rounds of their draft.