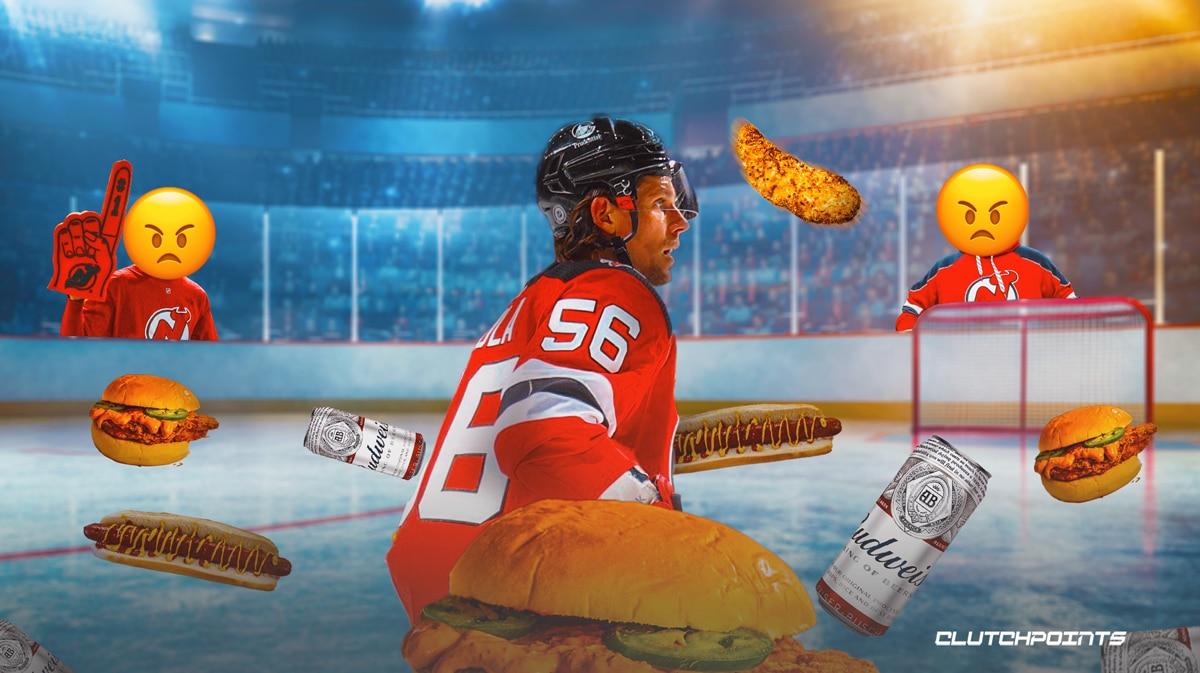 New Jersey Devils fans were not happy after officials overturned three goals in their loss against the Maple Leafs on Wednesday, which snapped a 13-game winning streak. The furious fan base began littering the ice with beer cans, stadium food and other items, forcing the teams to halt play while the ice was cleaned up. After the game, Erik Haula revealed he had attempted to settle the crowd down, only to become the victim of an unsuspected assault via chicken tender.

Speaking to reporters after the game, Haula hilariously revealed that amid his efforts to persuade the crowd to cool down, he was hit by a chicken tender, via Mike Morreale.

“I kind of tried to wave to (the fans) to stop (throwing things) but I think I got hit with a chicken tender during that time too… so whatever,” said Haula after the 2-1 loss.

The Devils saw three goals overturned in their loss vs. the Maple Leafs, a rare occurrence for one team in a single game. The first overturned goal came on a play in which officials deemed that Nathan Bastian had interfered with Leafs’ goalie Matt Murray. It was overturned immediately on the ice. Officials later called off a goal from Tomas Tatar indicating that he’d interfered with Murray, too.

Maple Leafs, Rangers get in on trade action early in 2022-23 season

The final goal was scored by Haula himself, but it was overturned after officials deemed he kicked the puck into the net. The third overturned goal prompted a fit of rage from Devils fans, who scattered debris across the ice in a show of defiance against the officials. In that madness, Haula said he was struck by an errant chicken tender, adding to the chaos that went down at the Prudential Center.

Next time, Erik Haula might think twice before trying to re-establish order among Devils fans, as they had no regard for whom they were hitting with their food, drinks and other debris on Wednesday.