Devils fans are furious with disallowed goal, litter the ice with debris 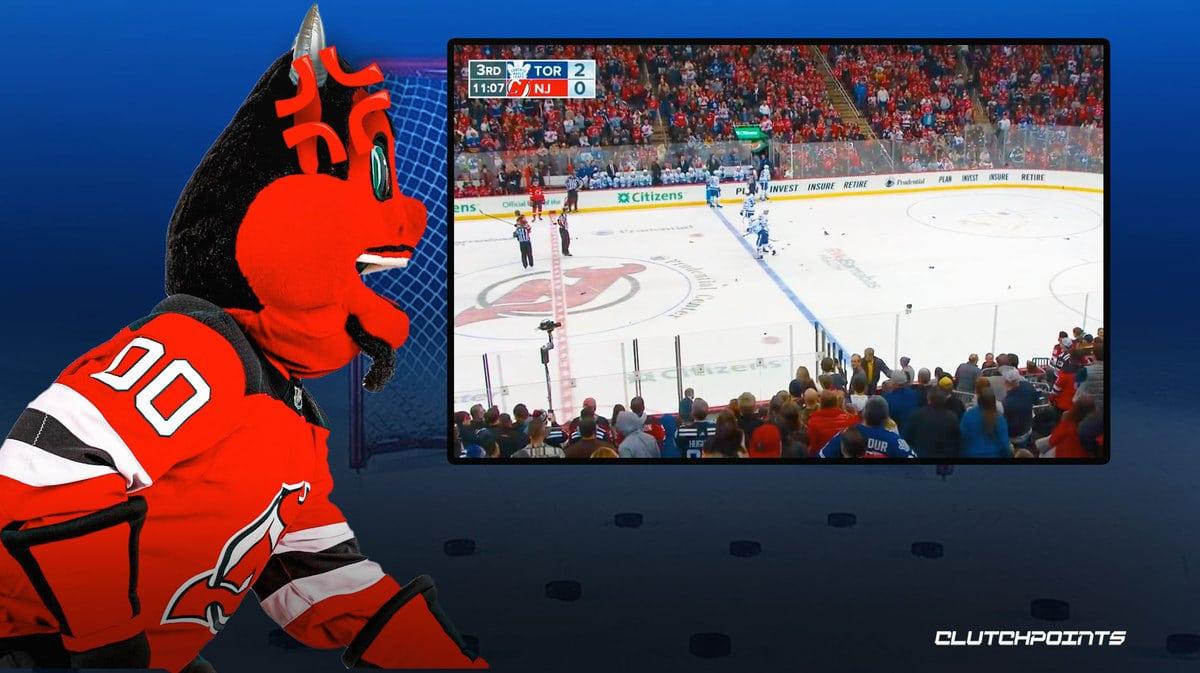 The New Jersey Devils had the golden chance to set a new franchise record for most consecutive wins Wednesday night, but they failed in that mission in perhaps the most brutal of ways. The Devils lost to the Toronto Maple Leafs at home, 2-1, in a game where New Jersey had a goal allowed not only one, not two, but on three occasions.

Devils fans decided they had seen enough in the third period when a New Jersey goal was disallowed, leading to the rink getting littered with debris.

The Devils fans are NOT happy after the disallowed goal 👀

The Maple Leafs have headed to the locker room after fans littered the ice with items pic.twitter.com/MQXPxKx4X5

Perhaps playing the Beastie Boys’ Sabotage in the background during that moment did not do a great job of quelling the frustration of Devils fans, who were all there believing they would be witnessing history unfold in front of them. Instead, the Maple Leafs stymied the Devils, who entered the contest on a 13-game undefeated streak.

Nevertheless, the Devils can still take heart from the fact that they have tied the franchise record and that they outshot Toronto by a massive total of 15 attempts (35-20). It was just not New Jersey’s night even though the Devils played well overall. New Jersey’s success this season is predicated on the team’s incredible ability to control the puck and win the possession battle, which was evident in the Toronto game, notwithstanding the result.

John Tavares and Pontus Holmberg each scored in the first period to give the Maple Leafs the early 2-0 lead. The Devils got their only goal of the night in the third period with Dougie Hamilton finding the back of the net with around just five minutes remaining in regulation.