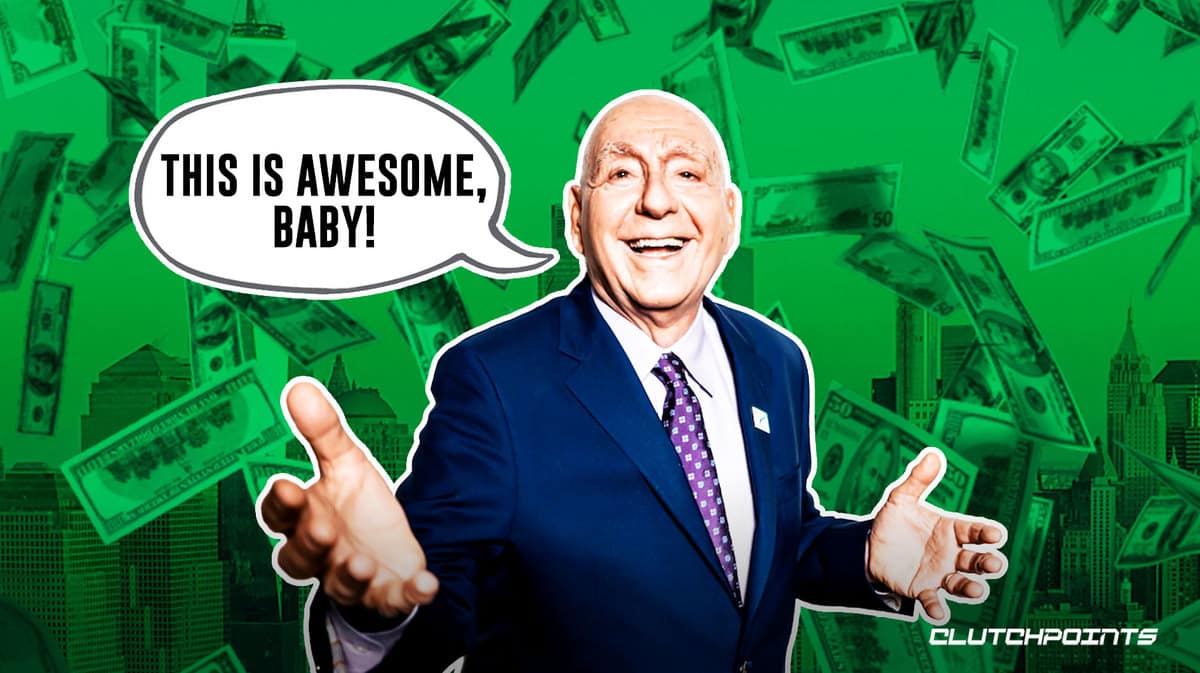 Dick Vitale is a tenured basketball sportscaster. He has been in the business for 41 years and he has also served as a head coach in the college and the professional ranks. In this article, however, we will take a look at Dick Vitale’s net worth in 2022. 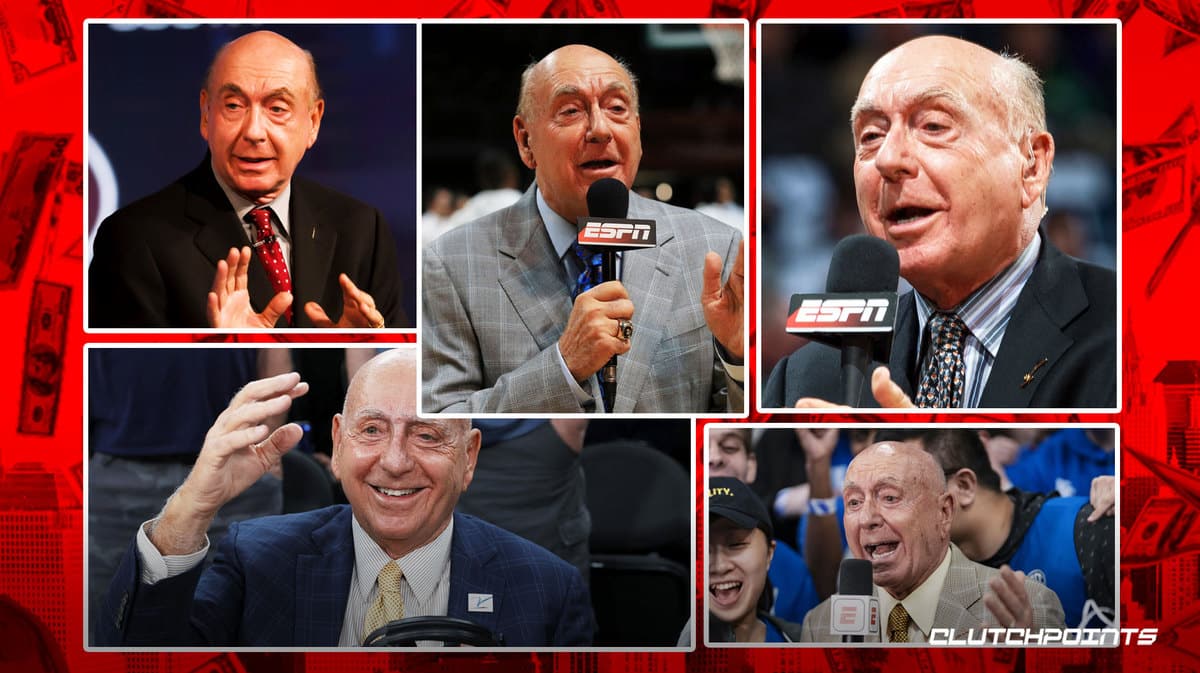 Dick Vitale’s net worth in 2022 is estimated to be at $20 million. This is according to multiple reputable resources such as Celebrity Net Worth.

Richard John Vitale was born on June 9, 1939, in Passaic, New Jersey, but grew up in Garfield, New Jersey. His father was a piecework clothing press operator and a security guard, while his mother was a seamstress who sewed coats before suffering a stroke.

Dick Vitale attended East Rutherford High School. He then went to Seton Hall University where he graduated with a bachelor of science degree in business administration in 1963. Vitale then earned his master’s degree in education from William Paterson University.

In 1958, Dick Vitale had his first coaching job at an elementary school in Garfield, New Jersey. In 1963, he moved up to the high school level and was named as the head coach of Garfield High School’s basketball team for one season.

He then transferred to East Rutherford High School, his alma mater, where he coached from 1974 to 1971. Vitale had a record of 131 wins and only 47 losses during his tenure as head coach. He led his team to two New Jersey State Championships.

After his stint as a high school coach, Dick Vitale joined Rutgers University as an assistant coach for two seasons. In 1973, he was hired by the University of Detroit as their new head coach. He coached the Detroit Mercy Titans for 4 seasons and held a 78-30 record.

In 1977, he took the Titans to the 32-team NCAA Tournament. Following the 1977 season, Vitale was named the university’s athletic director.

Dick Vitale then took his talents to the big leagues as he was hired by the Detroit Pistons of the NBA to be their head coach for the 1978-1979 season. Unfortunately, the Pistons only posted a record of 30-52 where they missed the playoffs.

On November 8, 1979, Pistons owner Bill Davidson informed Dick Vitale that they are leaning towards a coaching change. During the 1979-1980 season, the Pistons struggled as they posted a 4-8 record to start the season. He was subsequently released as the head coach.

After his stint as the Detroit Pistons head coach, Dick Vitale was offered his first TV opportunity as a broadcaster for ESPN. He was reluctant to accept the job, saying “Absolutely no way. I know nothing about TV. I want to get back to where I belong and my spirit belongs.”

His wife eventually persuaded him to accept the job, telling him to go on TV and have fun. Vitale then accepted the job on a temporary basis until another coaching job became available. He called ESPN’s first college basketball game on December 5, 1979, where DePaul defeated Wisconsin with a score of 90-77.

Naturally, Vitale did not adapt easily to the broadcasting world. He missed his first-ever production meeting in Chicago. On top of that, he would also talk while the producers were talking to him through his earpiece, during commercials, and even while the play-by-play person is talking.

He then doubted his fit in broadcasting, but Scotty Connal — the man who hired him — told him that he has the quality that they can’t teach. Vitale didn’t understand this until a number of people were asking for his autograph during the 1983 Final Four. Dick Vitale credits a lot of his success to working with Jim Simpson at the beginning of his career.

In 1985, the American Broadcasting Company purchased ESPN. As a result, Vitale began doing broadcasts for the ABC Network.

In 1999, Dick Vitale was involved in thirty-second promos for “Hoops Malone”, a sitcom featuring Vitale, George Gervin, and a puppet named “O’Hoolix”.

Despite multiple marketing efforts to generate buzz about the show, there were no actual episodes produced. This led to an offer to Vitale to do the sitcom, but he turned down the opportunity.

Dick Vitale called his first NBA game on television during the 1984 NBA Playoffs. And as of the 2004-2005 season, he has been covering at least 40 games a year. On top of that, he is signed with ESPN through the 2021-2022 college basketball season.

“I am so proud to be part of the ESPN team,” Vitale said in a statement. “They have become my second family and have been a vital part of my life. It has been nothing but pure happiness working with the beautiful people at ESPN and I can’t thank them enough as they’ve been responsible for so many of the glorious days I’ve had in my life.”

In December 2021, Dick Vitale announced that he will take a break from calling games after being diagnosed with a pre-cancerous Dysplasia on his vocal cords which require resting.

“I’m not sure exactly how long I will be off the air as a result of this or how many games I will miss,” said Vitale. As I announced previously, Dr. Rick Brown had said I’m cured from melanoma, and they say we are making fantastic progress in my battle with lymphoma. My chemo treatments will resume tomorrow and I hope and pray that they continue to be successful.”

Dick Vitale has been in the business for a long time and he has been giving his takes on college basketball players that are aiming to make it to the NBA. Most recently, he retracted one of his takes about Andre Iguodala when he first started in the league.

He also had multiple cameo appearances in movies such as The Naked Gun: From the Files of the Police Squad!, Blue Chips, The Sixth Man, He Got Game, and Love & Basketball, to name a few.

Due to his marketability, Vitale has also appeared in commercials for products such as DiGiorno Pizza, Oberto beef jerky, the Airborne Athletics basketball training device Dr. Dish, Geico, Taco Bell, and Hooters.

Dick Vitale will go down as one of the most recognizable voices in American sports when it is all said and done. His contribution to the sports industry, specifically college basketball, will forever be remembered.

With that being said, were you surprised about Dick Vitale’s net worth in 2022? Should it be more? 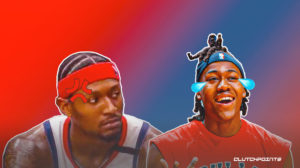