In today’s day and age, player comparisons have become a big thing in sports. Whether it’s an upcoming draft prospect or someone at the height of their game, discussions always arise on who that player reminds people of. Currently, Joel Embiid is playing some of the best basketball of his life. He has been nothing short of dominant over the last month and change as he looks to lead the charge for the Philadelphia 76ers. The All-Star center arguably had his best performance to date Wednesday night when he tied his career-high with 50 points in a Sixers’ win over the Orlando Magic.

Between his playing days and long tenure as a head coach, Doc Rivers is what most consider an “NBA lifer.” Having been around the game so long, he’s had the chance to witness some of the best talents professional basketball has to offer.

Following the dominant showing from Embiid against Orlando, Rivers gave his take on who his starting center reminds him of. The answer was a mix of two current Hall of Fame big men, one of whom the Sixers head coach had the pleasure of coaching at one point in time.

“I always say [Joel Embiid] is a little bit of [Hakeem] Olajuwon and a little bit of [Kevin] Garnett. It’s a hell of a combination if you can get it, but the difference is Joel can go out to the three-point line, which sets him apart. He’s Joel Embiid. He’s not any of those guys. He’s his own guy,” said Rivers.

Over the years, Hakeem Olajuwon has been the most common name brought up when discussing player comparisons to Embiid. This is in large part because of the elite-level footwork Embiid has in the low post.

The Garnett comparisons are more recent and partly comes from Rivers taking over as the Sixers’ head coach. Since his arrival, he has used Embiid in similar ways he did with Garnett during his time in Boston.

While there’s no denying Embiid shows shades of these Hall of Famers, Rivers’ final point was right on the nose. There are things Embiid can do that the others couldn’t, and because of that, he is his own man. Based on the level his game has reached, he cannot be compared to anyone at this point.

Few players come along and reach “one of a kind” territory, but the case can be made for the Sixers superstar. Despite being seven-foot, 280 pounds, he turned himself into an all-around player. We have never seen a center come along who can pull off step-backs and euro-steps typically performed by guards. Not to mention being able to score on all three levels and anchor a defense at a high level.

While Embiid might have taken from those before him to add more elements to his game, it’s tough to compare him to another player. He is truly a generational talent basketball has never seen before and at this rate, a surefire Hall of Famer just like the Kevin Garnett and Hakeem Olajuwon. 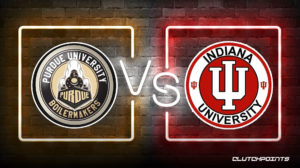