When Drew Brees suffered a dislocated injury in the last game of the 2005 season with the San Diego Chargers, there were questions about where his NFL career would go. The New Orleans Saints decided to take a chance on the former Purdue Boilermakers standout, and there was no looking back for either side. Brees enjoyed an illustrious career with the Saints before hanging them up following the 2020 season. Brees’ money hasn’t just come from contracts though, he has done plenty off the field to make money too. Today, we’re taking a look at Drew Brees’ net worth in 2022.

According to Celebrity Net Worth, Drew Brees’ net worth in 2022 is $160 million. A pretty healthy amount of money, isn’t it?

The 2001 draft class was a bit weird, with only one quarterback being selected in the first round. Michael Vick was the first overall quarterback selected out of Virginia Tech. It wasn’t until the first pick in the second round, that Brees was selected by the Chargers.

Brees’  first contract with the Chargers was worth $3.6 million over four years. In comparison, Vick’s signing bonus with the Atlanta Falcons for his rookie contract was $3 million.

After his rookie contract, the Chargers didn’t want to sign him to a long-term contract so they placed the franchise tag on him which paid $6 million for one season.

After the shoulder injury, the Chargers let him walk. The Saints took a chance by signing Brees to a six-year deal that paid him $60 million.

At the time, the contract looked to be a big risk. But it turned out to be quite the bargain, It wasn’t until 2012 that Brees got his next contract and was rewarded for what he did his first six years with the Saints. Brees signed a five year, $100 million deal with $60 million guaranteed. Brees kept up his strong play, and the team kept rewarding him for his play. In 2016, the Saints gave Brees a one-year extension that paid him almost $25 million.

In 2017, he agreed to a two year, $50 million extension. There was some questions after the 2019 season if the veteran QB would hang up the cleats. But he decided to sign another extension for two more years. The contract can pay up as much as $50 million and included a signing bonus worth $23 million. 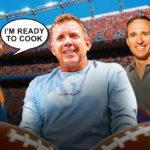 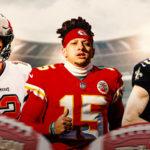 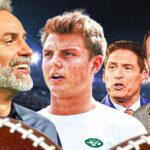 Zach Wilson had conversations with 3 Super Bowl champs about benching

Brees also has a family foundation that has raised money for charities in San Diego and New Orleans.

Even when Brees does hang it up within the couple of years, the endorsements shouldn’t go away. He is a very likable guy that should continue to be an active part of the community and around the NFL landscape. Even in his retirement, there is a good chance his net worth will continue to rise.

Could he find himself in an announcing booth calling NFL games for CBS or Fox? Who knows what the future will hold, but he will have plenty of money doing it.

Were you at all surprised by Drew Brees’ net worth in 2022?