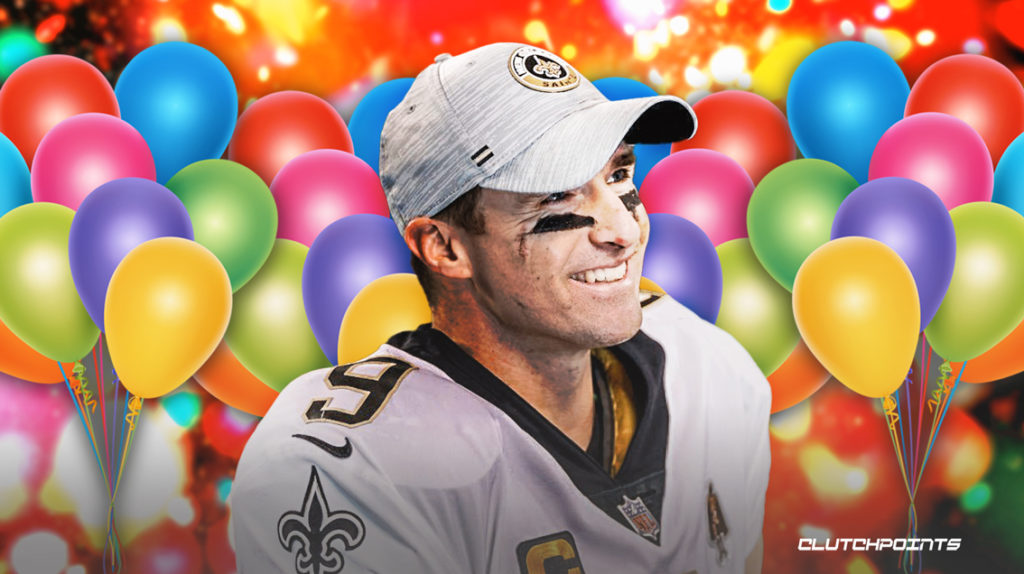 Drew Brees’ net worth in 2022 is $160 million. This is according to reputable outlets such as Celebrity Net Worth.

Drew Brees was born in Dallas, Texas. He studied in St. Andrew’s Episcopal School. Here, Brees would play for the school’s flag football team. Later on, Brees went on to attend Westlake High School and played for the football team. At Westlake High School, Brees showcased his potential as a football player. Brees’ high school stint was highlighted in his senior year where he led the team to an undefeated season record and a state championship. Brees also lettered in football and basketball.

But despite a stellar high school career, Brees suffered an ACL injury that ultimately dropped his stock in the eyes of college recruiters. As a result, Brees didn’t get many offers outside of schools from the Ivy League. However, he did attract universities in Purdue, Kentucky, and Brown. As we all know, Brees would go on to play for Purdue University and also earned his bachelor’s degree in Industrial Management.

As part of the Boilermakers, Brees proved his doubters wrong in the field. His best year came in college when Brees powered the Boilermakers to its first Big Ten Championship and Rose Bowl appearance for the first time since 1960. In that same year, Brees also received the Maxwell Award and Big Ten Offensive Player of the Year.

After university, Brees was drafted by the San Diego Chargers in the second round of the 2001 NFL Draft with the 32nd overall pick. He was signed by the Chargers on a four year deal, worth $3.6 million. Brees’ rookie season wasn’t all too memorable, as he only appeared in one game against the Kansas City Chiefs. However, he did tally 221 passing yards and his first career passing touchdown.

Brees’ breakout season came in 2004. He completed 65.5% of his passes and registered 3,159 passing yards. Brees also collected 27 touchdown passes for the season. For his breakout performance, Brees was awarded a Pro Bowl appearance and was named the league’s Comeback Player of the Year. The Chargers wanted to keep Brees but not for the long term. As a result, the Chargers placed the franchise tag on him which gave Brees around $8 million.

In the 2005 season, Brees suffered a serious shoulder injury. This forced him to undergo surgery. After the season, despite his injury, the Chargers still offered him a five year deal, worth $50 million. However, Brees declined the offer sheet and decided to test free agency. Obviously, all of this helped to add to Drew Brees’ net worth in 2022.

During free agency, Brees garnered interest from the Miami Dolphins and the New Orleans Saints. Brees eventually signed with the Saints, inking a six year contract that amounted to $60 million.

Now with the Saints, Brees made an immediate impact in New Orleans during his first year. In 2006, Brees led the league in passing yards with 4,418, which was also good enough to break the franchise record. On top of that, Brees made his second Pro Bowl appearance and an All-Pro team selection. In that same year, Brees was one of the recipients of the Walter Payton NFL Man of the Year, alongside LaDanian Tomlinson.

In a Saints uniform, Brees would continue to make a name for himself. Apart from becoming a fixture in the Pro Bowl for several years, Brees would also continue to be a league leader in terms of passing yards, passing touchdowns, and completion percentage. But among his achievements, the best one would be Brees helping New Orleans secure the Super Bowl XLIV in 2009 which was the first league championship in franchise history. Brees was also named Super Bowl MVP.

When his six year deal expired, Brees negotiated with the Saints for a fresh deal. Initially, the Saints offered a deal that would pay him $19 million per year, which would’ve elevated him into one of the highest paid quarterbacks in league history. However, Brees declined the offer and wanted a five year deal, worth $21 million. Because of this, this forced the Saints to place a franchise tag on him that paid Brees $16 million, which would’ve skyrocketed to $23 million if the Saints don’t ink their Super Bowl MVP to a long term deal. 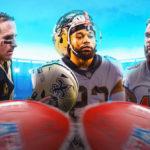 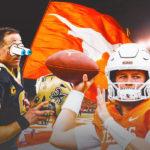 It was only in July 2012, when both parties finally came to an agreement. Brees accepted the Saints’ offer, which was a five year contract that was worth $20 million. The Super Bowl champion pretty much settled in New Orleans for the rest of his career. In 2016, he agreed to a five year contract extension that guaranteed him $44 million.

In 2019, rumors swirled that Brees would be retiring from the NFL. However, he squashed those rumors by inking a fresh deal with the Saints in what would be his last deal in the NFL. The contract ran for two years and also paid Brees a lucrative $50 million. During that same year, Brees managed to lead the league in completed passes percentage at 74.3%. Brees officially wrapped up his professional football career in 2021.

While Brees has earned a huge amount of money from his NFL career, he has also earned from his endorsements. Due to his popularity in the football field, brands have used the opportunity to partner up with the NFL star.

According to Forbes, Brees has earned $15 million from endorsements as of 2020. From that $15 million, based on reports, Brees earns $13,000 for every endorsement tweet he makes on his Twitter platform. Some of his endorsements include Nike, Proctor & Gamble, PepsiCo, and Wrangler. Brees has also received sponsorship from Marriott International, AdvoCare, Carnival Corp., Smothie King, and Verizon Communications.

Nevertheless, were you at all stunned by Drew Brees’ net worth in 2022?