Dwyane Wade isn’t one to stay silent. The Miami Heat icon voiced out his thoughts on the rule that looks to disqualify US star runner Sha’Carri Richardson from fully competing in the Tokyo Olympics.

The 3-time NBA champion didn’t just express his frustration on the matter. Dwyane Wade took it a step further, calling out the decision-makers for probably engaging in similar activities on the regular.

But majority of y’all rule makers smoke and probably are investors in THC companies. Let’s stop playing these games https://t.co/hT3H6kw45T

In a world where people are literally making millions upon millions growing and selling it! Y’all ever heard of a fine? https://t.co/F3nfvJxVES

Dwyane Wade does fall into a fallacy trap with his hot take, but that doesn’t mean the point he’s trying to drive isn’t a valid one. Marijuana use has grown steadily not just in the US, but globally as well. The stigma placed on the drug is slowly getting erased, but clearly all the rules and regulations involving it haven’t been able to adapt along with it.

Taylor Rooks made a valid point in trying to steer the discussion properly, which Dwyane Wade also retweeted in an attempt to raise awareness on the issue. 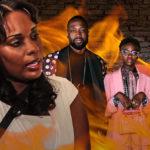 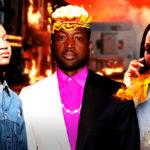 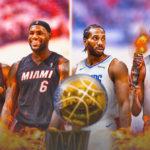 “Sha’Carri Richardson broke a rule. And it’s ridiculous weed has this stigma. Both things can be true. She handled this entire ordeal like an adult and accepted complete responsibility. The conversation now should be about athlete’s mental health and improving that response.”

Sha’Carri Richardson has kept her head down and taken the punishment without opposition because she indeed knows the rules. But as Dwyane Wade, Taylor Rooks, and other star athletes are trying to make clear – rules are meant to evolve just as the humans they govern do.