When a loved one passes away, there’s a good chance an inheritance awaits the family left behind. In the case of Thomas Newman, it isn’t real estate property or a business. It’s his insane baseball card collection that’s set to smash records soon, thanks in large part to a Babe Ruth gem.

Just recently, Newman passed at the age of 73 after succumbing to COVID-19. His widow, Nancy, revealed that her husband kept a collection of over 1,000 vintage and modern cards that included various baseball, football, and hockey players. The crown jewel among these items is a PSA 9 1933 Goudey Babe Ruth card, which is expected to fetch an insane price soon. 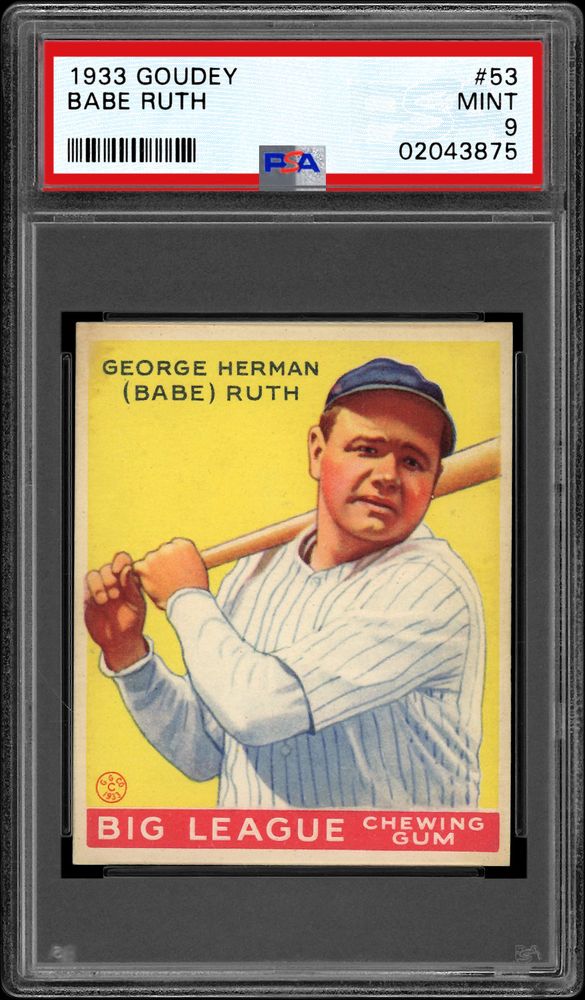 The item in question is the only card of the baseball legend to achieve this kind of grade. It was purchased by the late Newman around 15 to 20 years ago at a price that’s far from its current value right now. Auctioneers believe that this slab will soon break the $5.2 million record, making it the most expensive card of all time.

This incredible Babe Ruth card will soon be auctioned off by Memory Lane, a California-based company, from June 21 to July 10. Newman’s son, Stewart, added that his father’s 40 years of collecting cards will be recognized through the upcoming auction.

Apart from the 1933 Goudey card, other highlights of Newman’s collection include a PSA 6 1916 Sporting News Babe Ruth Rookie Card and PSA 8 1952 Topps Mickey Mantle, with the latter expecting to reach at least $1 million.

Newman’s collection serves as a reminder that the card industry is still going strong. With his prized Babe Ruth card going up for auction soon, the industry is set to reach new heights in no time at all.

Hololive’s Takanashi Kiara chosen to be Tales of Arise Ambassador