Engram told The Athletic’s Dan Duggan his dad convinced him to stay one more year at Ole Miss. It turns out it was one of the best decisions he’s ever made in his career.

My dad was the main supporter of me staying an extra year in college. I wanted to leave. I didn’t really care what the predictions were.

My dad was like, ‘Just be patient and go one more year and do what you’ve got to do. There’s too many questions right now.’

Now knowing how crazy this league is, that was the best decision I ever made staying another year in school. That was my pops right there.

With the departure of wide receiver Odell Beckham, Jr. to the Cleveland Browns, quarterback Eli Manning could make the 24-year-old Engram his go-to receiver.

Evan Engram caught 64 passes for 772 yards and six touchdowns passes in his rookie year in 2017. However, knee and hamstring issues limited him to just 45 receptions, 577 yards, and three touchdowns in 11 games last season, per the New York Post’s Jared Schwartz. 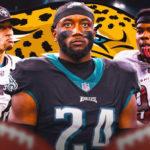 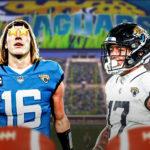 Jaguars X-Factor vs. Chiefs, and it’s not Trevor Lawrence 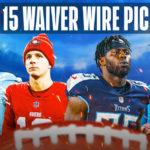 In Schwartz’s words, “Manning and the Giants are relying on Engram to serve as a dynamic part of the passing game.” Engram is a catch-first tight end who can expose a defense’s weaknesses.

Don’t act surprised if Evan Engram has a breakout season in 2019. Not only has he worked hard, but he received plenty of great advice from his father.