After lots of indecisions and hours of back-and-forth, free agent forward Gordon Hayward has agreed to a 4-year, $128 million deal with the Boston Celtics, according to Shams Charania of The Vertical. The fourth year of the deal will be a player-option.

The first-time All-Star forward broke the news of his decision in a self-written article in The Players Tribune, hours after ESPN’s Chris Haynes got the scoop of his destination spot.

“After seven years in Utah, I have decided to join the Boston Celtics,” wrote Hayward.

“I know that will be tough to hear for Jazz fans — and I really want you all to know that you mean the world to me and my family. Over the past few days, I’ve been genuinely torn. And I know that this process isn’t easy on the fans, either. So I just want to be as straight-up as possible about why I’m coming to Boston.”

Primary reports went back and forth about Hayward’s eventual destination, as he and his agent were upset of how the news got out, which he explained in his article — preferring to let the Jazz fans hear of his decision by his own words.

Now reunited with his college coach, Brad Stevens, Hayward is a plug-and-play fit in the team’s ball-moving and clever shot-taking offensive scheme while providing the ability to sneak in passing lanes and run the fast break when need be.

The Celtics have consequently renounced the rights to center Kelly Olynyk, who is bound to have a decent run of teams vying for his services, according to ESPN’s Adrian Wojnarowski. 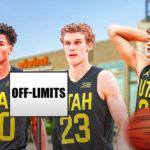 With their prized talisman gone, the Jazz will make a strong run at free agent forward Otto Porter after his four-year, $100 million offer with the Sacramento Kings has likely subsided after two key signings earlier today, per ESPN’s Tim McMahon.

Hayward had his best offensive season despite dealing with an injury to start the 2016-17 campaign, averaging 21.9 points, 5.4 rebounds, 3.5 assists and 1.0 steals per game through 73 games.

The 6-foot-8 forward shot 47.1 percent from the floor, 39.8 percent from beyond the arc and 84.4 percent from the stripe, leading the Jazz to a 51-31 record and a fifth seed in the West before facing a swift exit in the second round of the playoffs.