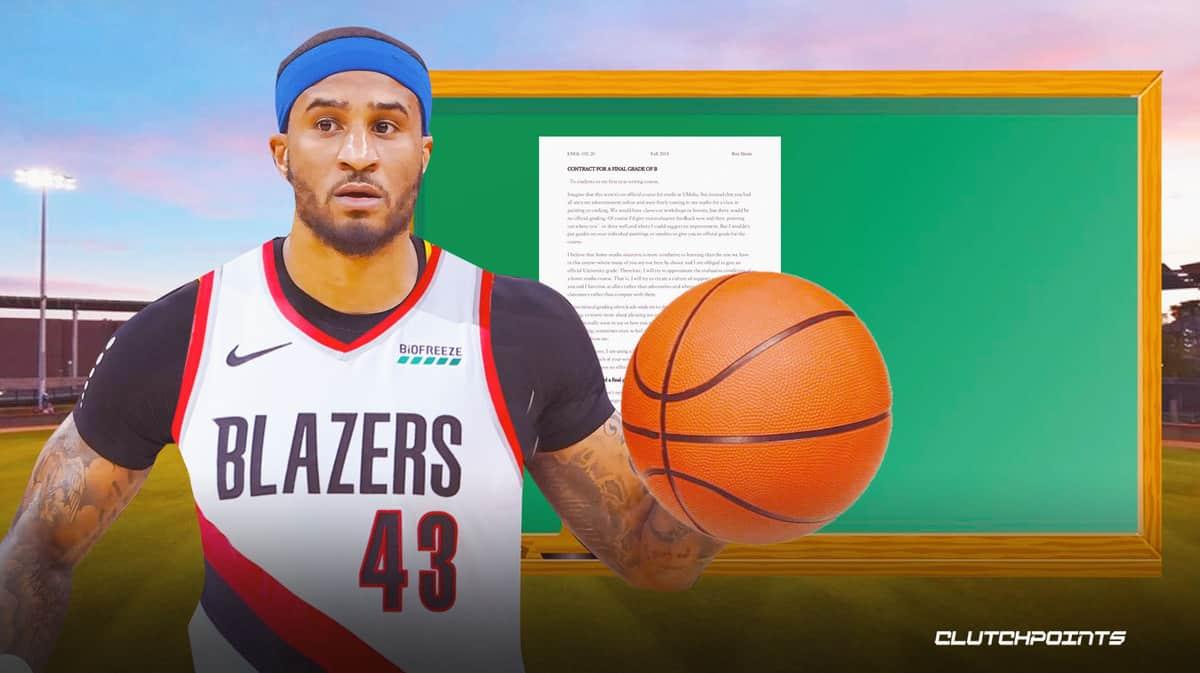 Free agent Golden State Warriors guard Gary Payton II opted to sign with the Portland Trail Blazers in NBA free agency, agreeing to a three-year, $28 million deal. The Blazers were determined to add Payton to their rotation, so much so that the price tag for his services ended up out of Golden State’s desired range.

It’s a tough loss for the Dubs, though they have the young talent to step up and make up for Payton’s absence. The defending champions will be fine. As for the Blazers, they will be adding a strong two-way point guard to back up Damian Lillard, as the Portland backcourt continues to beef up behind the six-time All-Star.

But how did the Blazers do? Is Payton, who has made just 39 career starts in six NBA seasons, really worth $28 million? We’ll assess that in this piece, giving the Blazers a grade for their free agent deal.

Without further ado, let’s get to it!

The Blazers get good marks here. Once can certainly make the case that they overpaid for Payton, who has never played more than the 17.6 minutes per game he logged with Golden State this past season during their championship run.

It’s definitely a bit of a gamble by the Blazers. However, Payton is exactly the kind of key role player that Portland needed in NBA free agency. A potential diamond in the rough, Payton has averaged 2.6 steals per 36 minutes in his career, showcasing the type of defense that the Blazers have sorely been missing over the last several seasons.

The former Warriors guard put on a clinic in the regular season against Memphis Grizzlies rising star Ja Morant, holding him to 2 of 12 shooting from the field when guarding him individually, per Warriors Reddit.

Those are the kinds of matchups Payton will be tasked with in Portland. Not only will he likely find himself on the court alongside Lillard at times, but he will also help the Blazers conserve their superstar guard’s energy.

Payton can handle the defensive assignments that Lillard, never particularly a plus defender, has had to take on throughout his career. That is invaluable for the Blazers, as Lillard, who will turn 32 in July, is coming off a season that was cut short due to an abdominal injury.

Payton is also a capable player on the offensive side of the floor, having averaged 7.1 points on absurdly efficient 61.6 percent shooting from the field. An improved three-point shooter from earlier in his career, Payton will fit right into a Blazers team that ranked 12th in the NBA in three-pointers attempted in the 2021-22 season.

Payton figures to play all over the rotation for Portland. He often spent time at all five positions for the Dubs, using his length and athleticism to disrupt some of the league’s best offensive creators.

The Blazers got their defensive stopper, earning a good grade in the process.