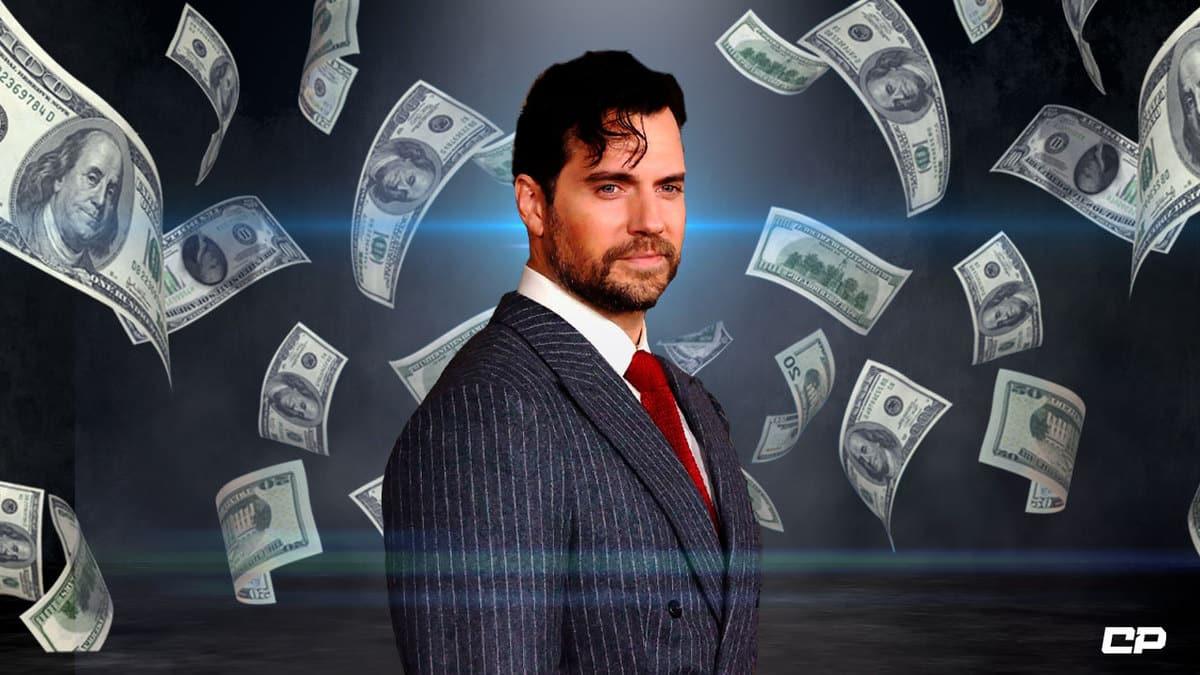 Henry Cavill is a popular actor who has starred in films such as Man of Steel, Black Adam, Batman v Superman: Dawn of Justice, Mission: Impossible – Fallout and many more. On top of being known widely for portraying Superman, Cavill has also been named among the sexiest celebrities in the world. For this piece, let’s take a closer look at Henry Cavill’s net worth in 2022. Henry Cavill’s net worth in 2022 is $40 million. This is according to reputable outlets, such as Celebrity Net Worth.

Henry Cavill was born in Jersey, Channel Islands. He attended St. Michael’s Preparatory School before enrolling at Stowe School in England, beginning his acting career at 18 years old. He made his big screen debut in 2001, portraying Thomas in Vendetta.

Since making his film debut, Cavill has continued to be a fixture on the big screen. He’s starred in many notable movies, including The Count of Monte Cristo, I Capture the Castle, Tristan + Isolde, Red Riding Hood, Stardust, Whatever Works, Blood Creek, Immortals, The Cold Light of Day and many more. Cavill also appeared on TV screens in shows such as The Inspector Lynley Mysteries, Goodbye, Mr. Chips and Midsomer Murders.

Cavill’s first major breakthrough role came in 2007 when he portrayed Charles Brandon in the TV series The Tudors. During its debut, the show garnered 1.3 million viewers, which was enough to be Showtime’s highest series premiere at that time.

After making his breakthrough, Cavill went on to audition for larger roles including James Bond in Casino Royale, Cedric Diggory in Harry Potter and Superman. Although Cavill failed to make the cut for those roles, he eventually played Superman in various films including Man of Steel, Batman v Superman: Dawn of Justice, Justice League and Black Adam.

While working with DC, Cavill’s films have made $668 million worldwide in revenue. Based on reports, Cavill made $14 million for Man of Steel and likely made $20 million for Justice League.

Cavill would go on to appear in several more films such as Mission: Impossible- Fallout, Night Hunter, the Enola Holmes movies and Sand Castle. Furthermore, his acting career continued to rise after taking on the role of Geralt of Rivia in the Netflix series The Witcher, a critical and commercial smash.

According to sources, Cavill was paid $400,000 per episode for season one of The Witcher. This allowed him to earn $3.2 million in total. For season two, Cavill’s salary was increased to $1 million per episode, earning him $8 million.

With Cavill’s good looks and rising popularity, it was no surprise that he found himself being featured in several magazines. He has been on the cover of GQ, Esquire, Men’s Journal, Sharp and more. In 2013, Cavill was dubbed as the World’s Sexiest Man by Glamour.

The Witcher Season 2: Henry Cavill talks about injury while filming

Pick up your swords, the official Witcher school is here

Cavill also has a series of endorsements to his name. Throughout his career, he has endorsed various brands such as Huawei, Glacéau Smartwater, MuscleTech and Dunhill. Cavill acts as an ambassador for organizations such as Durrell Wildlife Conservation Trust and the Royal Marines, too.

Cavill has recently established himself as one of the most bankable best actors in the industry. His rise is not over, either, as Cavill is set to appear in many future projects like Argylle, The Rosie Project, The Ministry of Ungentlemanly Warfare, Highlander and Squadron 42.

On top of these future projects, after Cavill reprised the Superman role in Black Adam, he made a public statement that he’ll be taking up the role again in the DC universe. With his return, Cavill could potentially be playing Superman for a standalone film or the future installments of Justice League.

Nevertheless, were you at all surprised by Henry Cavill’s net worth in 2022?