This past Sunday was a special day for the Houston Astros, as they hosted hundreds of family members and friends of victims of the tragic Uvalde, Texas shooting in May. The Astros hoped that in their own little way, they would be able to bring some comfort to the people directly impacted by the unimaginable horror of the Uvalde school shooting. Astros star third Alex Bregman helped that cause by hitting one out of the park right in the very first inning of the game against the Oakland Athletics.

“As soon as I got into the dugout, [manager] Dusty [Baker] goes, ‘Hey, you hit one for Uvalde!'” said Bregman, who also contributed an RBI double in Houston’s 6-3 victory.

According to ESPN, “A little girl who was at the school at the time of the shooting didn’t have a question for [Jose] Altuve but rather a request,” which was for Altuve to hit a home run. While Altuve was not able to fulfill that wish, he drove two runs with a double in the second inning to stretch the Astros’ lead to four.

With that victory, Alex Bregman and the Astros are now on a four-game win streak and added more cushion between them and the rest of the Americal League West division. But more importantly, they gave the people of Uvalde something to at least feel good about — even for a day.

Up next for the Astros is a road series against the Chicago White Sox that begins Monday night. 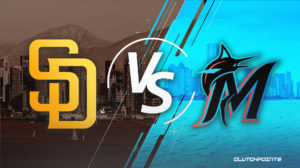