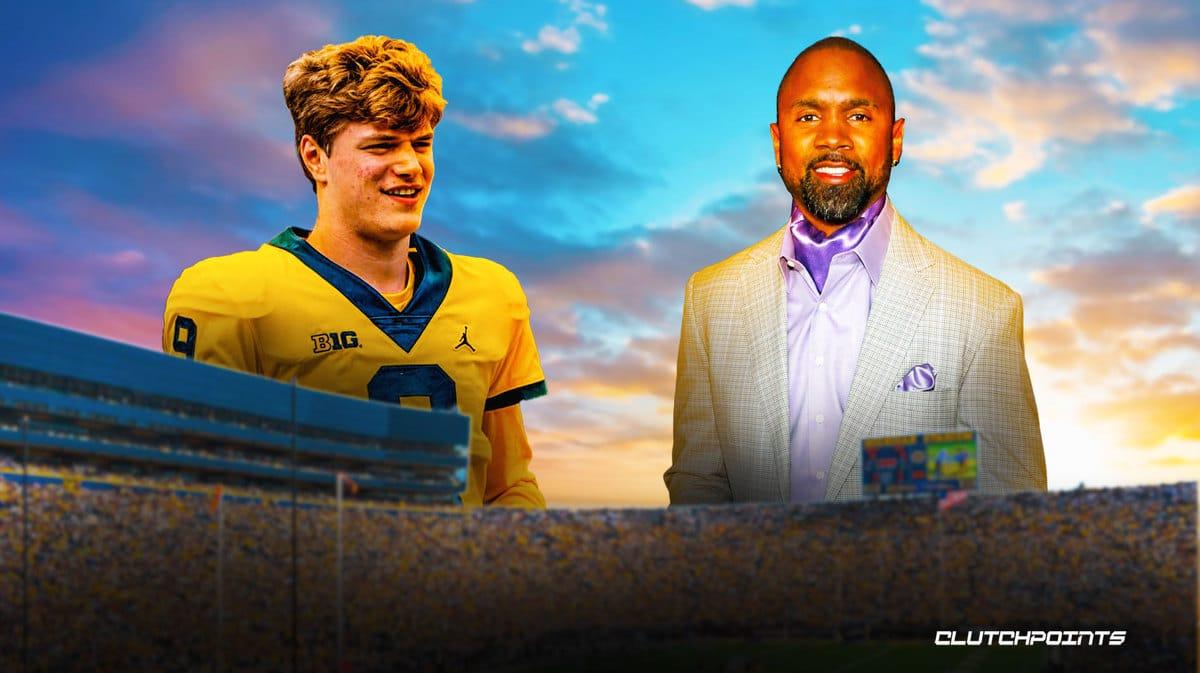 Pro Football Hall of Fame defensive back Charles Woodson knows just what it takes to be a dual-threat quarterback after years of defending against such players during his playing days. With what he has seen so far from Michigan quarterback J.J. McCarthy, he believes that the sophomore passer has what it takes to excel both in the air and on the ground.

McCarthy guided the Wolverines to a 34-27 home win over Maryland on Saturday with a pair of passing touchdowns thrown. After the contest, he touched base with Woodson, who was in attendance at Michigan Stadium to cover the game for FOX Sports. In his post-game press conference, McCarthy shared the advice that he received from Woodson, as the former Michigan defensive back wants him to use his “legs more.”

“He was telling me everything that was going on with the game and his insights and all that, but the big thing that stood out to me with him was to use my legs more,” McCarthy said.

“God gave me them for a reason. When I’m sitting back there and not seeing anything open, just run. I took that wholeheartedly, and that’s something that I really need to do. It was just great, just GOAT advice right there.”

Ohio State QB C.J. Stroud gets honest after dropping to an 0-2 career record vs. Michigan

Through four contests in the 2022 campaign, McCarthy has shown a willingness to move out of the pocket to pick up crucial yards on the ground. However, opposing defenses have not had to worry much about this aspect of his game, as he has only logged 12 rush attempts for 78 rushing yards this season, with 50 such yards coming in the 51-7 non-conference victory over Colorado State.

It will be noteworthy to see whether McCarthy will look to be more assertive on the ground in Michigan’s upcoming Big Ten road matchups against Iowa and Indiana.