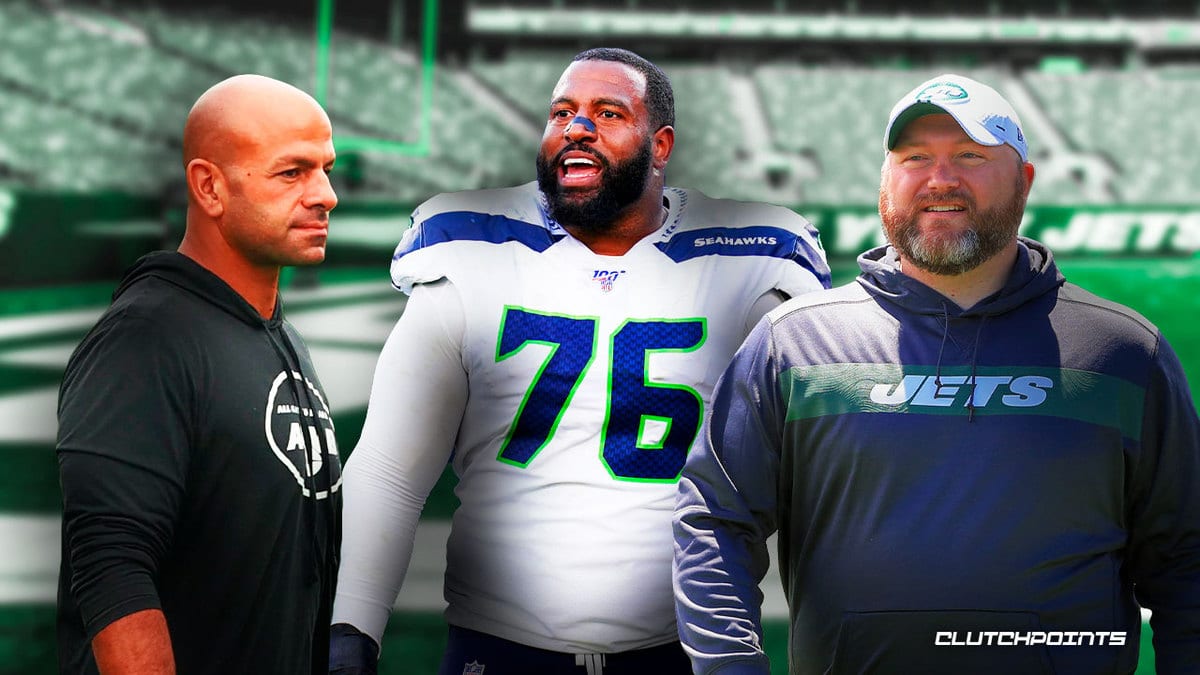 Duane Brown was on the sidelines at MetLife Stadium when the New York Jets held their annual Green and White scrimmage on Saturday. Though he wasn’t in uniform, the free agent tackle very well could be soon if he signs with the Jets.

“Anytime you have a chance to have a Pro Bowler like him and add to the depth of our roster, we’re always going to search far and wide,” Saleh said. “There’s interest on both sides, obviously. [General manager Joe Douglas has] been working on that one for a little bit. We’ll see where everyone’s at in regards to that conversation.”

Brown has been selected to the Pro Bowl five times in 14 NFL seasons, including last season as an injury replacement. He started all 33 games the past two seasons with the Seattle Seahawks and has made 202 starts in the NFL with the Houston Texans and Seahawks.

Of course, there are reasons why Brown is still available two weeks into training camp. He turns 37 at the end of August and had an NFL career-low 71.5 player grade per Pro Football Focus last season when he allowed eight sacks and 33 QB pressures. The season before he allowed two sacks and had an 87.3 grade.

Brown was also arrested in the offseason for carrying an unloaded gun through Los Angeles International Airport.

Nothing in the NFL is ever perfect, but here are several reasons why Brown is a good fit with the Jets.

3. Protection against injury to starters Mekhi Becton and George Fant

The Jets are set at starting tackle. George Fant mans the left side and Mekhi Becton has moved to the right. But they need an insurance policy, preferably a veteran like Brown, should either starter get hurt.

It’s somewhat shocking that Douglas has yet to address the backup tackle issue. Connor McDermott and Chuma Edoga are subpar options. Neither has distinguished himself in training camp despite ample opportunity to do so with Becton and Fant returning from knee injuries. Rookie Max Mitchell is raw and not ready to be a regular contributor.

Last season, the Jets added veteran Morgan Moses as a backup tackle and he ended up starting 16 games when Becton sustained a season-ending knee injury in Week 1. Becton has had a terrific camp by all accounts but has played 15 games in two NFL seasons and completed only eight due to injury.

Fant, like Becton, is a freak athlete, but he has missed four games in two seasons with the Jets.

The odds a backup tackle is going to make some starts this season seem high. Signing Brown would help Saleh sleep better at night should Becton or Fant go down with an injury.

Connor McDermott sustained an ankle injury in the scrimmage Saturday and will be evaluated in the coming days.

Whether it’s a short- or long-term injury, the bottom line is that McDermott is the Jets’ most experienced backup tackle. The 29-year-old has played five seasons with the Buffalo Bills and Jets, starting six games.

As pointed out above, McDermott has not stood out in a notable way with the Jets. But as it stands now, he’s their next man up should Fant or Becton get hurt. And now he’s injured.

That leads to more urgency to sign Brown, or another experienced tackle.

If Brown signs with the Jets, he’d walk into their offensive line room and immediately join guard Laken Tomlinson and center Connor McGovern as a respected voice and leader.

#Jets HC Robert Saleh shared an interesting nugget about OT Duane Brown (@DuaneBrown76), ‘I was a QC (quality control coach) w/ #Texans when we drafted him, so I have a history with Duane, he’s a phenomenal man’ + ‘you can never have enough good OL’: 🎥 @nyjets #TakeFlight pic.twitter.com/usKOy5tNXD

Brown doesn’t need to be a starter to accept a role as mentor to the two young studs on the line, Becton and guard Alijah Vera-Tucker (second season). He and Fant played two seasons together (2018-19) in Seattle and would rekindle their relationship. And he could help accelerate the learning curve for Mitchell.

The Jets added one solid veteran leader during camp when they signed linebacker Kwon Alexander. Brown might be slated to play less than Alexander, but could still have a similar impact on the team from a leadership perspective. 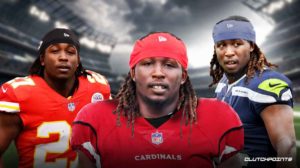