The Sacramento Kings look like a much improved team this season. They are currently 10-8 on the season which happens to be one of their best starts in recent years. The play of both De’Aaron Fox and Buddy Hield have fans and experts alike projecting this team as one of the surprise teams that will compete for a playoff spot come April.

All of this, however, has not stopped the drama that always seems to loom over the organization. In recent weeks, there have been rumors that head coach Dave Joerger is close to getting fired by the front office despite the team’s improved record so far.

Most of the controversy stems from the fact that Joerger has opted to start Nemanja Bjelica – who has been key to their improved play – over No. 2 overall pick Marvin Bagley. And while this seems to be more of a coaching decision, it seems that it goes deeper than that.

In an article from NBC Sports: 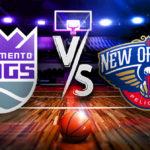 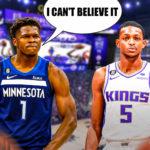 But calling this a management-vs.-coach issue is an oversimplification. There are different factions in the front office – namely CEO Matina Kolokotronis, general manager Vlade Divac and assistant general manager Brandon Williams.

“Williams was and remains a major backer of Bagley”

“Nemanja Bjelica, was a Divac-driven addition”

“By all accounts, Kolokotronis’ level of influence on both the business and basketball sides is at an all-time high”

Hopefully, the Kings can sort out whatever their issues are so they can focus on the basketball-related stuff. You hate to see something like this spoil what could be a very productive season.